Major months-long project to remove toxins from the Willamette begins

A project decades in the making has begun to clean the Willamette River from debris that found its way into the river from the 1800s. 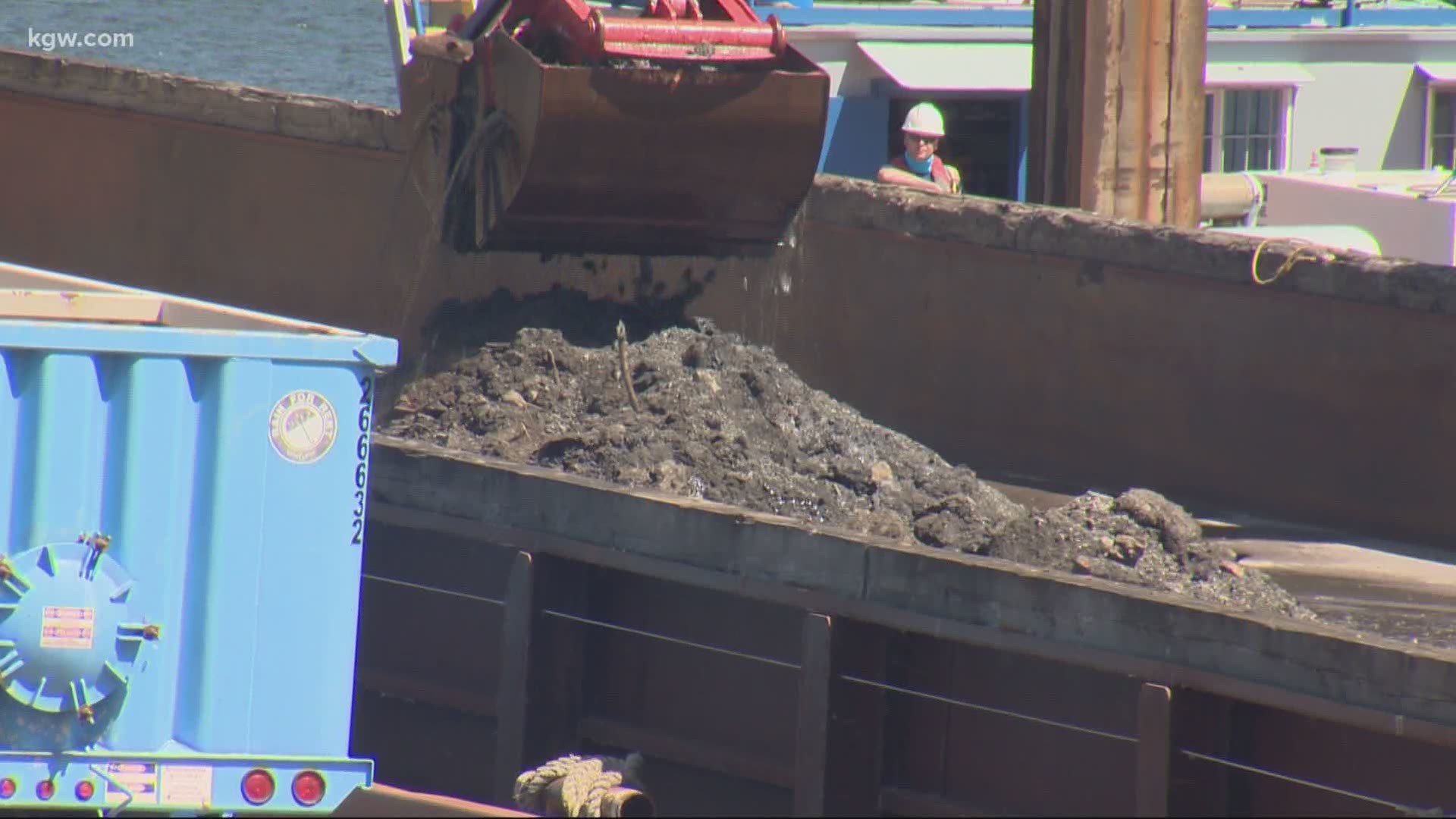 Within hours, it had already resulted in dump-trucks filled with toxins.

It is a project that was decades in the making.

"It's the last of a number of efforts to address historical, or what we call legacy contamination, in the downtown part of the river," explained Dan Hafley, a hydrogeologist with Oregon's Department of Environmental Quality.

For the next several months, crews will be removing contaminants that have been buried in the Willamette River for more than a century. They originated from a gas manufacturing plant built back in the mid-1800s.

The plant sat the west bank just south of the Steele Bridge.

"Historically they used coal to manufacture the gas, and the gas they manufactured was used to light the first street lamps in downtown Portland," Hafley said.

But a by-product of that gas was a toxic tar-like material that made its way onto the riverbank.

Then when the seawall was built all those toxins were cast out into the river.

"They're largely buried, so we weren't aware of them for a long time," Hafley said.

A number of years ago, the EPA looked at the site, but it didn't consider it dirty enough to clean.

Oregon DEQ took another look and determined it was.

It was something river advocates had known for a while.

The project, which is being funded by Northwest Natural, will remove about 500 dump truck loads contaminated debris out of the river. Most of it will end up in the Arlington Landfill.

The dredging is happening inside an enclosure called a moon pool to keep the toxins from escaping into the river.

Once the majority of contaminants are removed, crews will put down a layer of sand and gravel to cover what little remains.

Those coming to check out the action will have to look from afar. The waterfront adjacent to the project has been fenced off for safety.

However, some are getting a front-row seat.

They have an archaeologist onboard," said Hafley.

Because you never know what you will find when you start digging up the past.

The project is slated to last into early October.

RELATED: 'It was just a matter of time': Months into pandemic, COVID-19 surges in rural Malheur County