Hood River restaurants turn to parklets amid pandemic, but ODOT says spaces need to be permitted

Three businesses along Highway 30 have set up parklets that the Oregon Department of Transportation says need to be reconfigured or removed. 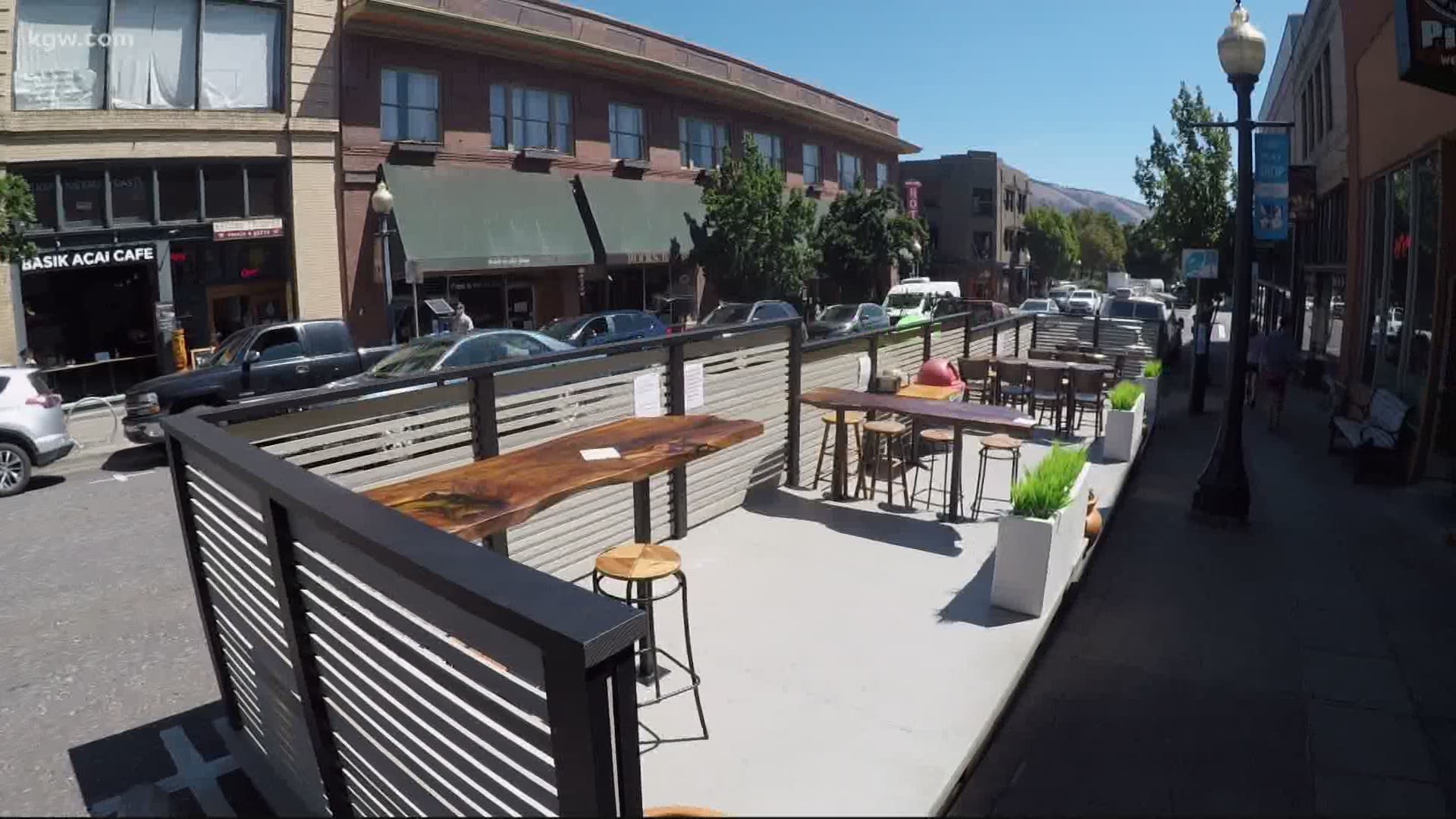 HOOD RIVER, Ore. — Restaurants can not be at full capacity at this time, so another option is to open seating outside. In Hood River, several restaurants have built parklets, which are similar to decks, where people can sit outside. That what Lorraine Lyons and Rod Stewart, who own 64oz. Taphouse, did.

"We can seat up to 24 people out there, socially distanced, so that's huge for us," Lyons said.

Lyons said a lot of customers do not feel comfortable eating inside during the pandemic. She said they built the parklet around two weeks ago.

"We've had record sales both weekends they have been up," Lyons said. "It's been a rainbow for us."

At another restaurant, Andrew's Pizza, owner Andrew Mcelderry said parklets are a lifeline during a time when businesses are struggling.

The city said it's working with these businesses right now to make that happen. ODOT said it has already issues the permits for those reconfigured spaces. Mcelderry said he hopes everyone can come to a resolution.

ODOT and the City of Hood River said they have figured out an easier process moving forward.