A resident noted her complex’s cooling center was scheduled to be open during normal business hours. Friday, that meant it would close at the hottest time of day. 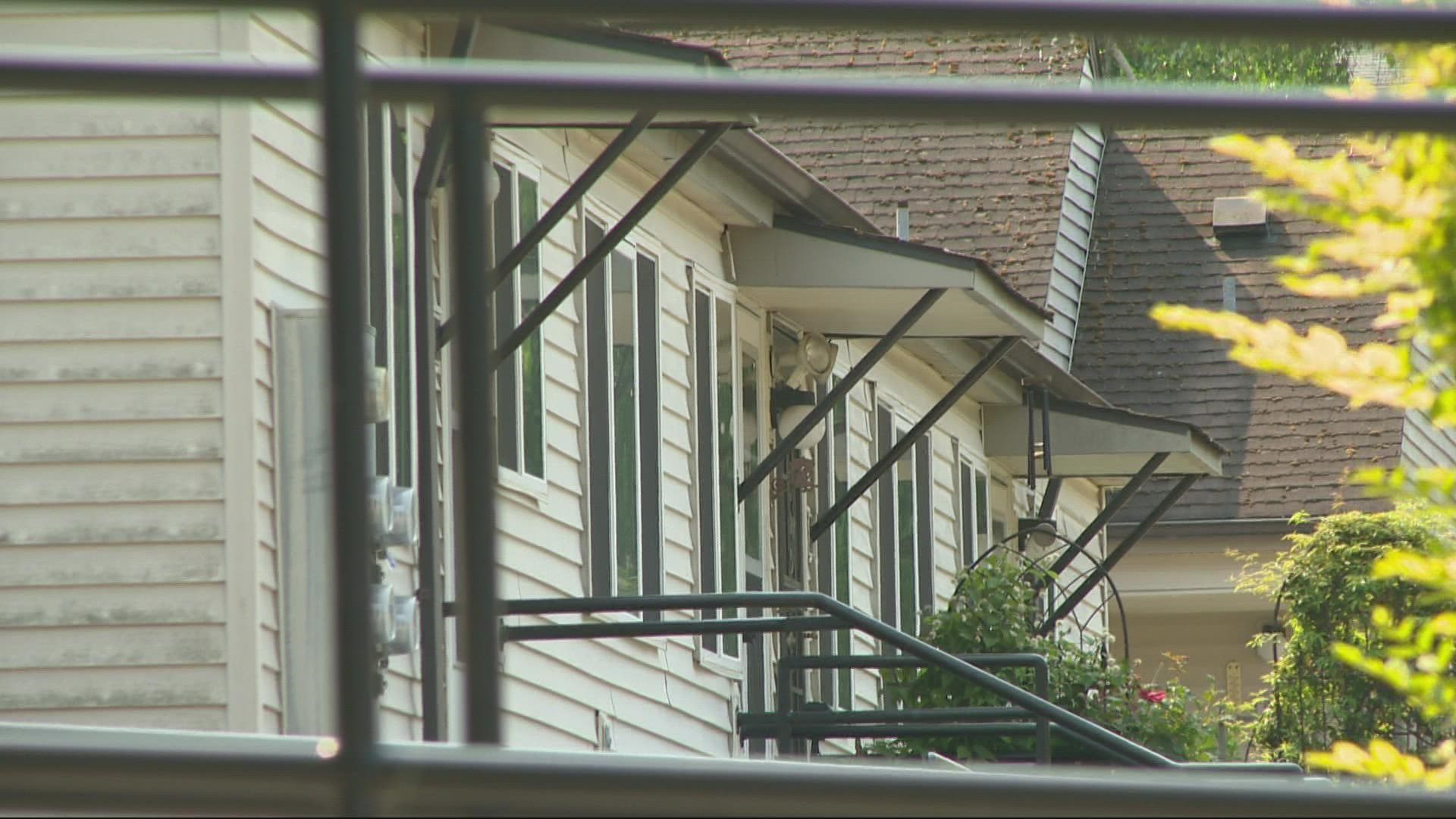 PORTLAND, Ore. — Yellow fliers with bold, black font were taped to every front door at Southeast Portland’s Peaceful Villa complex this week. They read, “COOLING CENTER @ PEACEFUL VILLA COMMUNITY ROOM” with a list of dates and times printed below.

The notices, posted in anticipation of this week’s near-triple-digit heat, came roughly a month after a resident at Peaceful Villa was found dead in his home. Executive directors of Home Forward, the affordable housing agency that owns Peaceful Villa, confirmed the man had died during June’s record-setting heat wave, which killed more than 100 Oregonians.

Kelly Ralph noted, according to the fliers, her complex’s cooling center was scheduled to be open during normal business hours. Friday, that meant it would close at 4:30 p.m., the hottest time of day.

“This is definitely the bare minimum,” Ralph said.

She acknowledged Home Forward this week is doing more than it did during the June heat event. But in Ralph’s mind, it's not enough.

Ralph pointed out there were other fliers, listing details about local cooling centers, as well as hot weather tips. They were posted sporadically throughout the complex. Walking through Peaceful Villa Friday morning, KGW’s crew spotted a total of three.

“Some people wouldn't know to come out here to look at this flier,” Ralph said. “This community is made up of folks who are elderly, folks who are disabled.”

Linda Akin, who has multiple physical disabilities and needs a cane to walk, also thinks affordable housing agencies should do more to protect and prepare residents during extreme weather events. Akin thinks Home Forward should be checking on people and helping them get access to A/C.

“What do we want? More death?” she said.

Akin on Friday said she’s still shaken up over the death of an elderly man in Peaceful Villa during last month's heat event.

“We spent, my neighbors and I, two hours watching the police, coroner and other state officials prepare this man's body,” she said. “And it was an agonizing, horrible way to die.”

Home Forward is Oregon's largest affordable housing provider. Of their 72 properties, one has central air. At a press conference earlier this month, the executive director said the agency can't afford to outfit every complex with central air.

Friday, a spokesperson noted via email that while single-story complexes like Peaceful Villa will only have cooling centers during the day, their high-rise properties will keep them open 24/7. She added Home Forward recently bought air conditioners for residents.

“If residents need assistance installing an air conditioner they purchased, they should contact their property manager,” wrote Monica Foucher, public relations associate director. “We would distribute fans and air conditioners to people based on need and availability (e.g reasonable accommodation, follow up to welfare check, request…).”

She added Home Forward sent out text alerts this about week's heat.

A handful of residents who spoke to KGW Friday said they never heard about those newly available AC units, and they never got that text.

RELATED: Hillsboro construction worker among those who died during historic heat wave