Clackamas County officials announced on Saturday that some areas have been reduced from a Level 2 evacuation order to Level 1 as firefighting conditions improve. 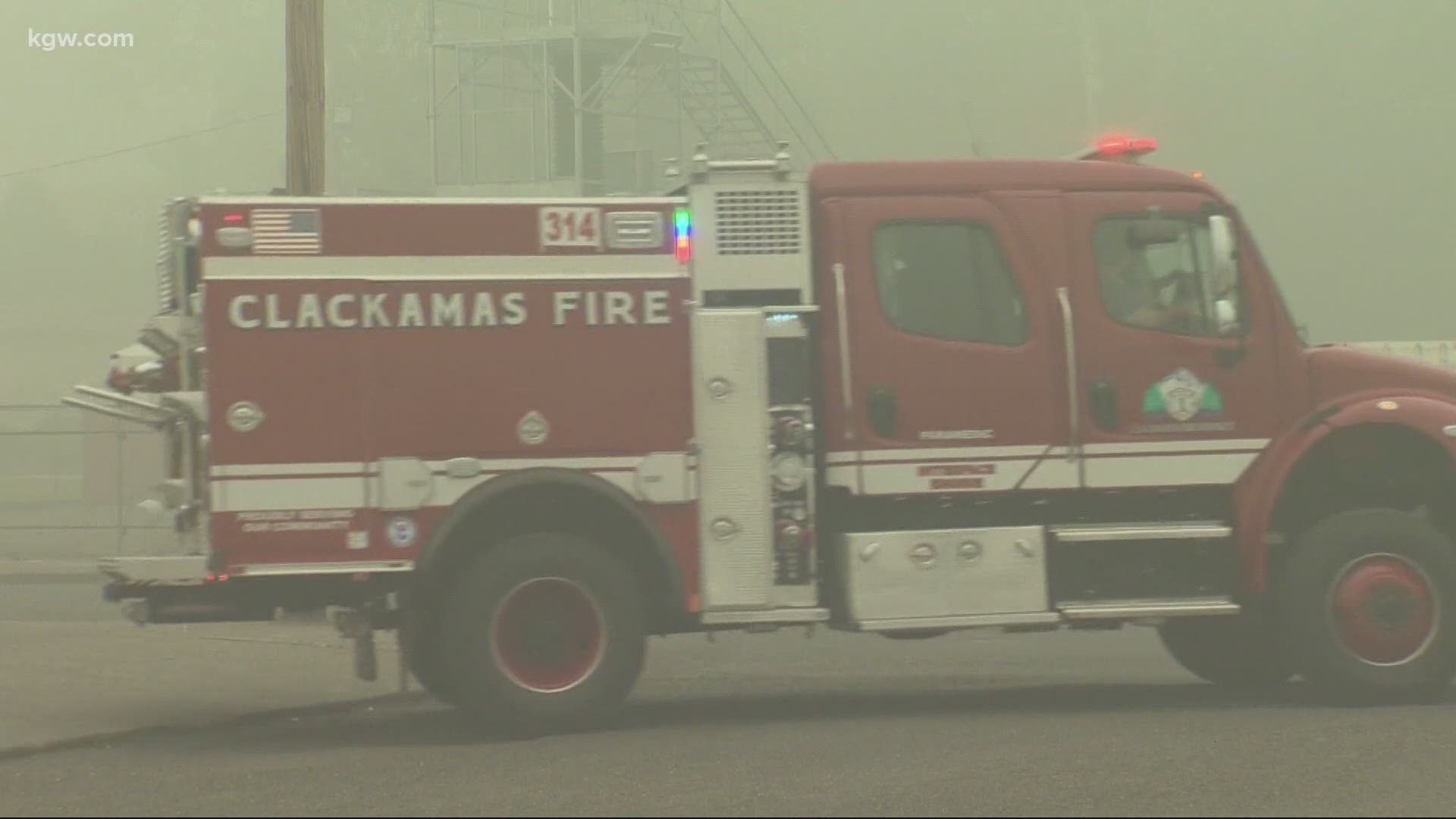 CLACKAMAS COUNTY, Ore — Thanks to improving weather patterns and newly arrived backup from state and federal agencies, firefighters in Clackamas County pivoted from defense mode to offense against the Riverside Fire overnight Friday into Saturday.

The improving conditions even allowed officials to announce on Saturday that Oregon City, Canby, and Sandy were all reduced to a Level 1 evacuation order.

Despite the progress, spokesperson Holly Krake said the fire still grew roughly 2,500 acres to a total of more than 132,000.

Heeding the warnings, thousands of people evacuated their homes earlier this week.

Kevin Nguyen stayed behind to run his store, Estacada Tackle. He said he wanted to make sure firefighters had a resource.

“They have to get water, get energy drinks, anything that we can do to support them, especially water,” he said Saturday. “And you know, right now, the fire's like a couple miles away from here, and we're here for them.”

Earlier this week, shifts didn’t exist. Firefighters literally worked around the clock. Olson said he got a total of ten hours of sleep between Monday and Thursday.

The way the Riverside Fire behaved reminded him of what he saw fighting the Eagle Creek Fire, which ravaged parts of the Columbia River Gorge in 2017.

“The fire was moving and progressing through the landscape at a very rapid pace and spotting out in front of itself, meaning that there may be a fire front but there are other fires happening in front of that main fire,” Olson said. “So crews have to be situationally aware to make sure that they're not going to get trapped between two fires.”

While crews remain vigilant on the front lines, some local firefighters have returned to their home districts to guard cities and towns at risk.

He said the hardest part is fielding calls from evacuees, desperate for news about their homes.

“Some of the stuff I don't have the answers to,” he said. “When somebody asks a question like ‘What about my house What about this?’, to say ‘I don't know’ … it's kind of hard to deal with.”