The owner of the Cheerful Bullpen took to social media in a strongly-worded post after a break-in Monday costs her business thousands of dollars. 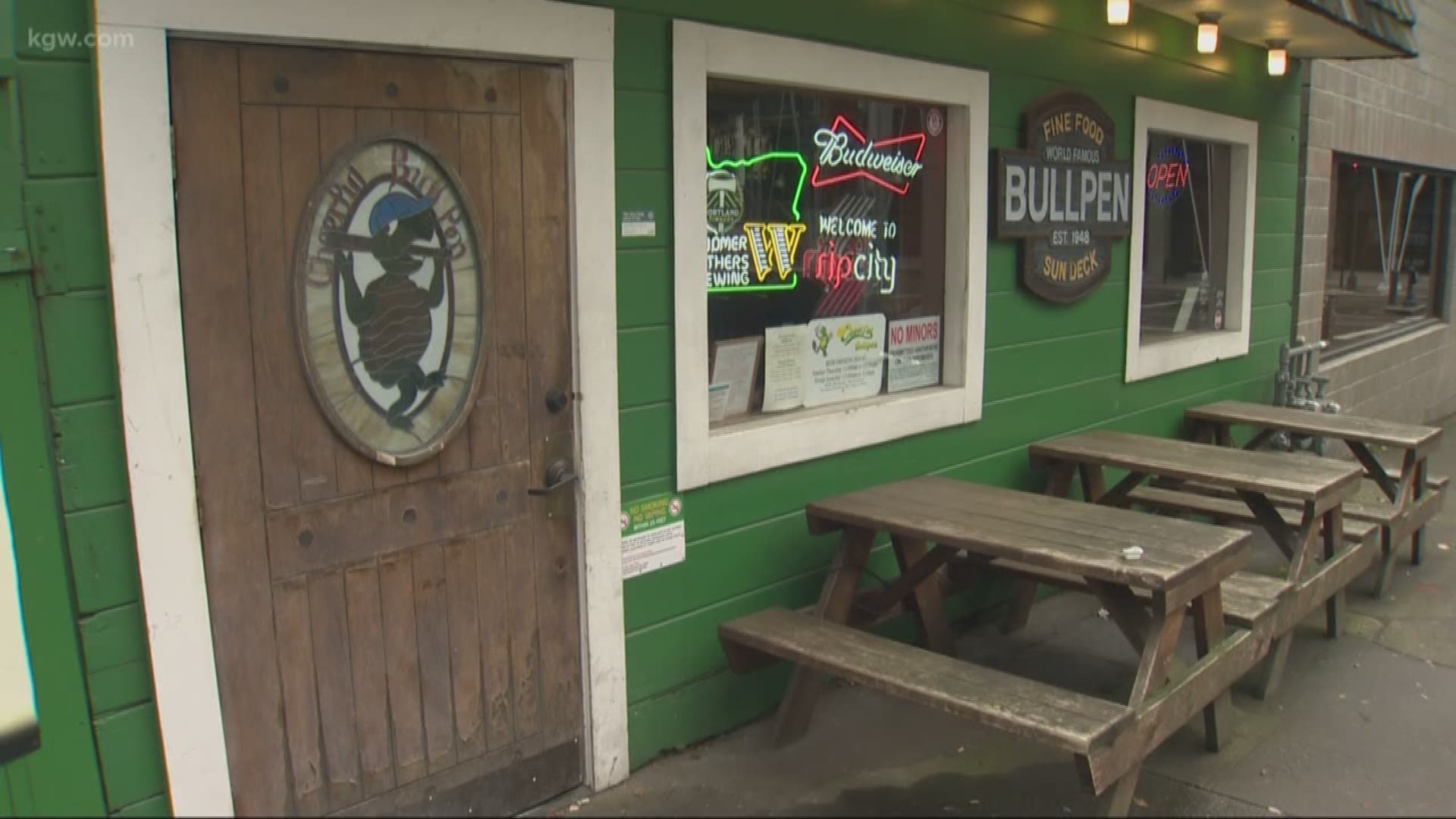 PORTLAND, Ore. — There is no shortage of places to go to ring in the new year in Portland. For one local pub, however, their celebration is more important than ever.

A break-in Monday at the Cheerful Bullpen in Southwest Portland has the owner and her employees reaching out to their customers for support. A strongly worded post on social media is also garnering some extra attention from others who share the pub owner’s frustration.

“I almost shut the doors yesterday. So, it was a really big deal,” Cheerful Bullpen Owner Amy Nichols-Egge said.

This is not the New Year’s Eve Nichols-Egge hoped for at her at her Buffalo Bills hot spot.

“It's uncomfortable. It's scary that people steal from you,” she said.

As employees prepare for one of the busiest nights of the year, Nichols-Egge is dealing with the aftermath of a burglary the day before.

“It hurts. I worked hard for where I got and that somebody can just come in and take it. It doesn't just affect me, it affects my employees too,” Nichols-Egge said.

Monday, December 20, just before 7 a.m., a thief pried open the back door of the bar and stole from the safe. That burglar made off with about $8,000, according to Nichols-Egge.

Nichols-Egge tells KGW she won’t be able to file a claim with insurance because other cases have already made payments too high. She says she’ll have to cover the loss herself. She even took a loan out on her truck to make up for the loss.

This isn't the first break-in she has had to deal with. She says this latest burglary tops a list of stresses she's feeling as a small business owner in Portland.

“It’s terrible. I don’t even like to come downtown anymore. All the tents, all the needles that we find in the bathroom. We’re getting to the point where now we have to lock our bathrooms and it’s just getting to be too much,” she said.

Nicols-Egge has owned both the Cheerful Bullpen and Cheerful Tortoise since 2008, but has been working at the pubs since 1999. These businesses are like a second home and her employees are her family.

“Just when you think you see light, I just keep getting slapped back down,” she said.

Fed up, she turned to social media, posting her anger using some colorful language.

“The reason that I vented the way that I vented was just to make it real. Like, hey, this is a thing. Just because we're busy one day doesn't mean it's like that all the time,” Nichols-Egge said.

Her customers did not seem to mind an F-bomb or two. They responded with support, sharing her frustration and asking how they can help.

“It made me feel good,” she said. “Maybe that there are still some decent people out there.”

The best way to give the Cheerful Bullpen something to cheer for heading into 20-20? Ring in the New Year with them at their New Year’s Eve party.

The Cheerful Bullpen’s 2020 New Year Party starts at 6 p.m. There’s no cover and the night will include a complimentary toast at midnight. For more information on the event visit their Facebook page.

READ: The 2010s: Top 5 Oregon local news stories of the past decade