After the protesters were gone, workers with three contracted companies moved in to begin collecting debris and other items. 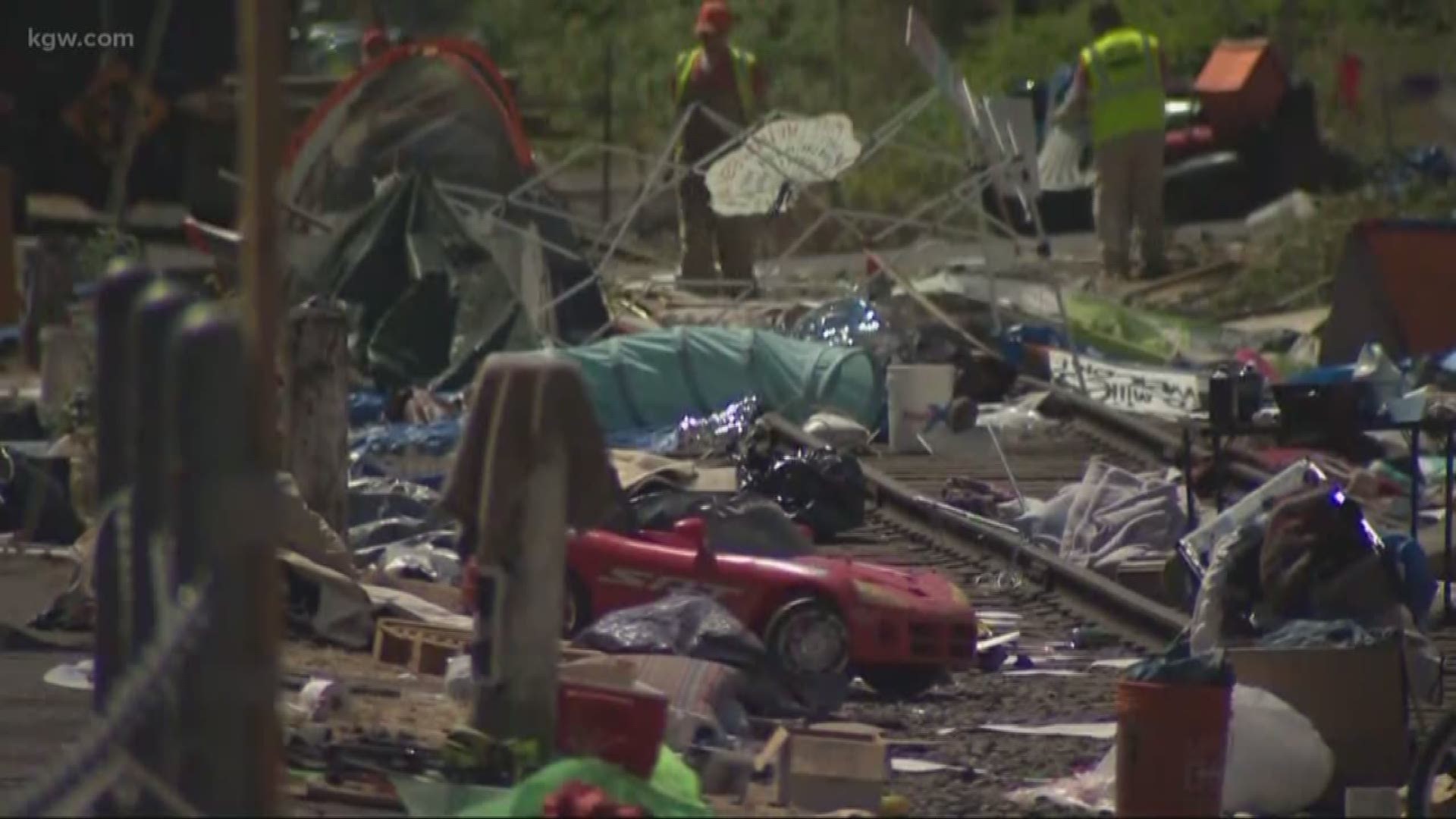 Officers in riot gear cleared out the encampment at 4:30 a.m.

Police spokesman Sgt. Chris Burley said officers moved "slowly and methodically" through the camp. No one was injured or arrested. Approximately 45 officers were involved.

"There’s fire hazards in there. There’s bio-medical hazards in there, and because of those sorts of complaints we knew we had to get ahead of it before it spiraled out of control," said Portland police chief Danielle Outlaw.

After the protesters were gone, workers with three contracted companies moved in to begin collecting debris and other items.

Camp cleanup well underway by the ICE facility in Southwest Portland. There is plenty more to do. @KGWNews pic.twitter.com/WbztQvYF41

Mayor Ted Wheeler said the city and TriMet will pay for the cleanup. He said it shouldn’t take long and won’t be expensive.

The property is co-owned by TriMet, Metro, the City of Portland, the City of Lake Oswego and the Oregon Department of Transportation.

More: Verify: Who owns the property?

Any property seized, including couches, bookshelves and kitchen equipment, will be available until Sept. 1. Those who want to reclaim property should call Pacific Patrol Services at 503-595-3440.