Up to six people can use the video lottery machines in a restaurant or bar, but food and drinks can not be served. 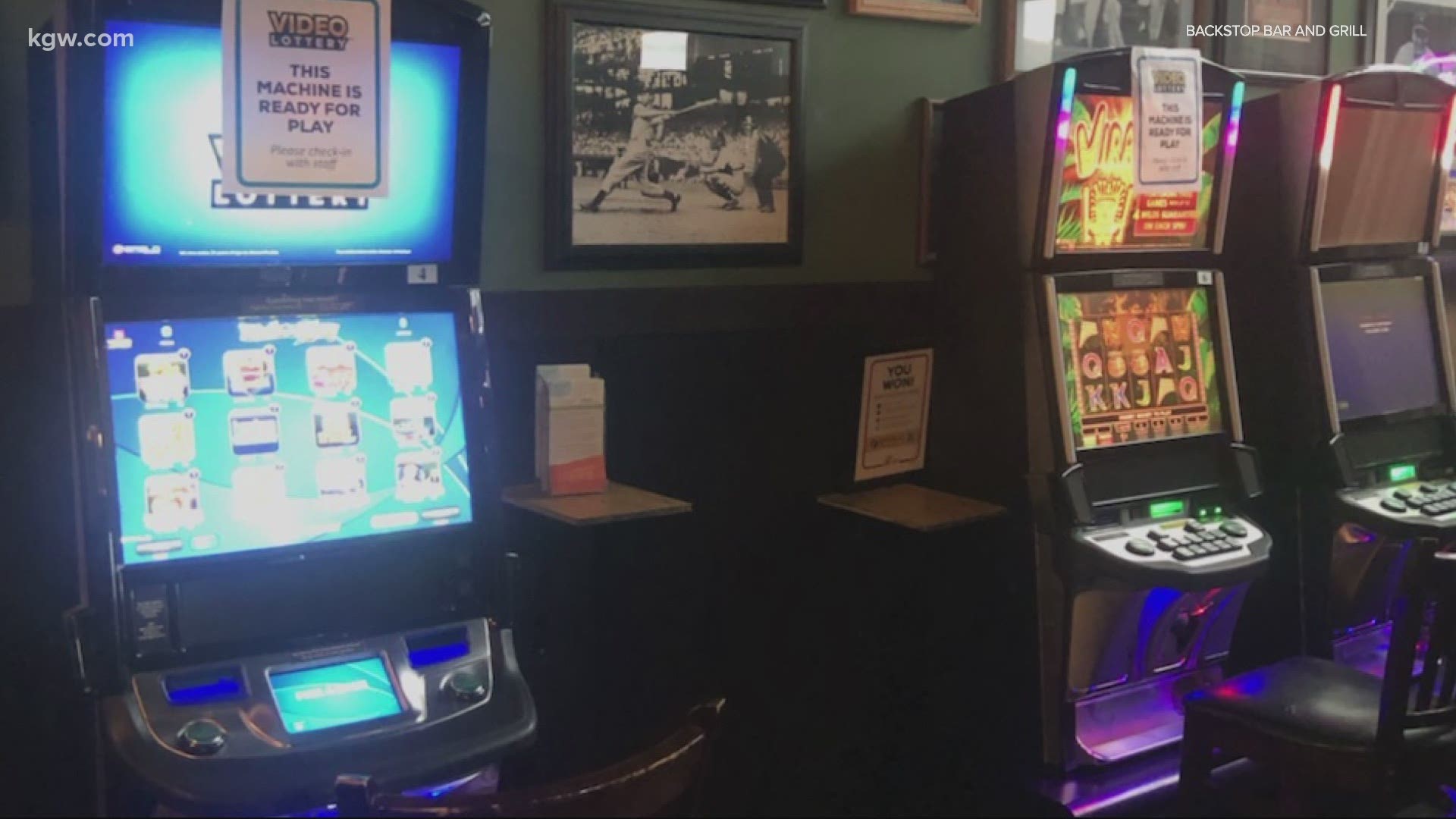 PORTLAND, Ore. — Restaurants and bars in Oregon's "extreme risk" category were able to turn on the video lottery terminals Friday, for the first time in months.

For some, it can be a real boost to business.

"You really want those things humming and people on them," said Derek Urbach, owner of Seaside bar Bridge Tender. "It makes or breaks you, really. It's, I would say, half of the income, if not more at times."

The new guidelines allow for one person to play on a video terminal at a time. No friends or family can stand around and watch. The terminals must be spaced 6 feet apart and a maximum of six people can be inside the playing area at a time.

No food or drink can be served inside.

Three machines were turned on inside Canby's Backstop Bar and Grill.

"I don't think it really changes for me anything at all." Backstop owner Ken Arrigotti said. "It's not going to bring any employees back."

He said without indoor dining, business is down 80% and he said 34 of his employees had to be laid off.

"Having six people that can come into the building just to play video poker, not eat or drink. We weren't reliant on video poker to begin with," he said. "It's not going to do anything for us."

"We've had a run of 13, 14, 15 years maybe that we've had over a billion dollars in sales total," said Chuck Baumann, spokesperson for the Oregon Lottery.

Money from video lottery makes up about 70% of the Oregon Lottery's revenue. Compared to last year, Baumann says that number has fallen to 6%.

"When lottery revenues are down, that means the lottery funds to the different beneficiaries that receive lottery dollars, it's just not available."

"The actual number was a little over 1 million, just to give you a little sense of where video is at this time," Baumann said.

Oregon Lottery operates roughly 8,700 machines in the state's 25 "extreme risk" counties. A large majority of those counties run along the Interstate 5 corridor.

"You can imagine, flipping the switch for 8,700 terminals, that's gonna be a good thing for those retail locations, because they rely on that money to help them run their business," Baumann said.

Not everyone sees it so positively.

Cheerful Tortoise has been closed down like all restaurants and bars to indoor dining since the state reorganized the county classifications.

"I think that her saying, 'Now you can open up for six people for indoor activities' is kind of a slap in the face to all restaurant owners." Nichols said.