An official with the Union Gospel Mission said they learned about four positive tests last Thursday. By Monday, the number of known people infected was up to 20. 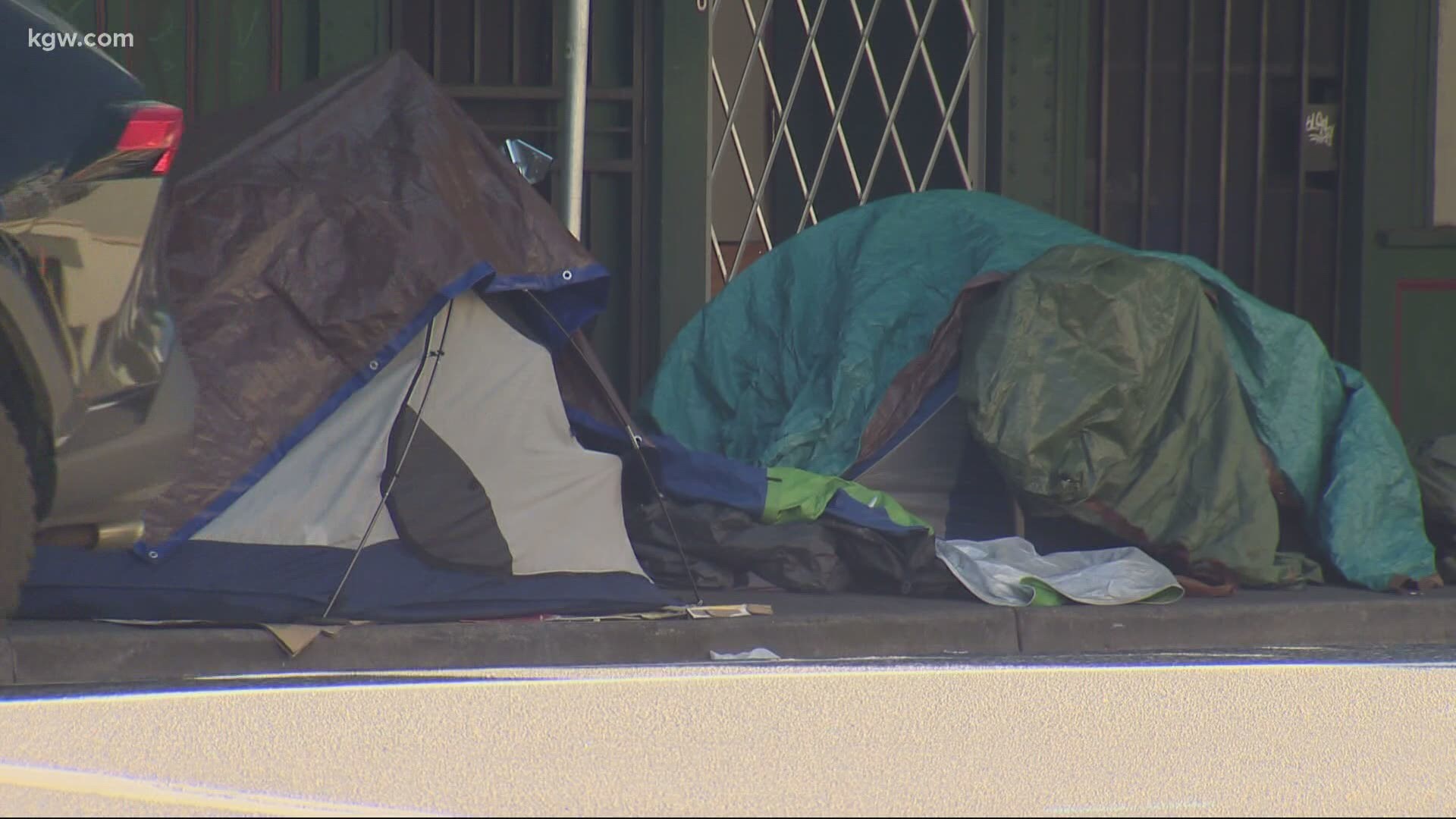 PORTLAND, Ore. — In a growing outbreak at one of Portland’s longest-running homeless shelters, a spokesperson for the Union Gospel Mission on Monday said 20 people have tested positive for COVID-19.

Included in the 20 are 18 residents at the Mission’s downtown shelter and two employees, one of whom was hospitalized, said spokesperson Courtney Dodds.

“He took a good turn today,” Dodds said. “Sounds like he's going to get to go home.”

Directors first learned of the brewing outbreak Thursday evening, hours after wrapping up the Mission’s annual Thanksgiving feast. This year, the event, normally a sit-down dinner served to hundreds at once, featured individually-wrapped meals that people took to go.

“At that time, four of our residents in our long-term addiction-recovery community tested positive for COVID-19,” Dodds said, referring to the shelter’s LifeChange program. “Once we realized that we had some positive cases in the building, we contacted the Multnomah County Health Department and they came out on Friday and did a testing clinic for us.”

By Monday, the number had grown from four to 20. Directors halted all programs within shelter and sent staff home to quarantine. Residents are quarantining in their rooms in the shelter. That includes Dodds.

“It's rough, and as you can imagine. I think emotions are up and down,” she said. “We had a long phone call with the Oregon Health Authority and Multnomah County Health Department yesterday, and they confirmed that we're doing what we should with how we're handling things.”

“Back in March, we were paying attention to things like sanitizing the building, wearing masks, social distancing. We really cut back on the amount of people in and out of the building,” she said. “We had implemented temperature checks whenever anyone was coming into the building.”

Dodds added no one knows how the initial exposure happened. At this point, she said, it’s too soon to tell whether any protocols have to be changed. It’s very possible, she said, individuals may have just let their guards down with their individual habits, having been affected by so-called “pandemic fatigue” just like anyone else.

“In some sense, you can't literally just stay inside for eight months,” Dodds said.

“We've had outbreaks in all kinds of congregate settings,” she said.

Marc Jolin, director of the Joint Office of Homeless Services, added infection rates among those who identify as homeless have remained relatively low. Eighty-two of those people have tested positive for COVID-19 since the pandemic began.

Early on in the pandemic, officials feared that number would be much higher.

“That's why we have focused on making sure that we can remove the people who are particularly high risk out of congregate shelter settings into motel rooms and spacing out those folks who are still in congregate settings as much as possible,” Jolin said.

Officials believe those tactics have worked, which is why they plan to keep employing them as it gets colder.

Right now, Multnomah County housing officials are busy securing extra severe weather shelter sites, so that, when temperatures drop below freezing, they can bring more people inside while keeping them socially distant.

That said, Dr. Vines points out general infection rates are surging, and keeping COVID-19 out of any setting is getting harder.

“We do have the power to change the trajectory of this virus. It is exquisitely sensitive to individual human behaviors. So, I don't want to make it sound like it's inevitable, “ she said. “That said, where it's such high levels of community transmission at this moment that, unfortunately, I'm not surprised to see outbreaks.”