Since the pandemic began, Oregon OSHA has received about 24,000 complaints about businesses and workplaces not complying with safety rules. 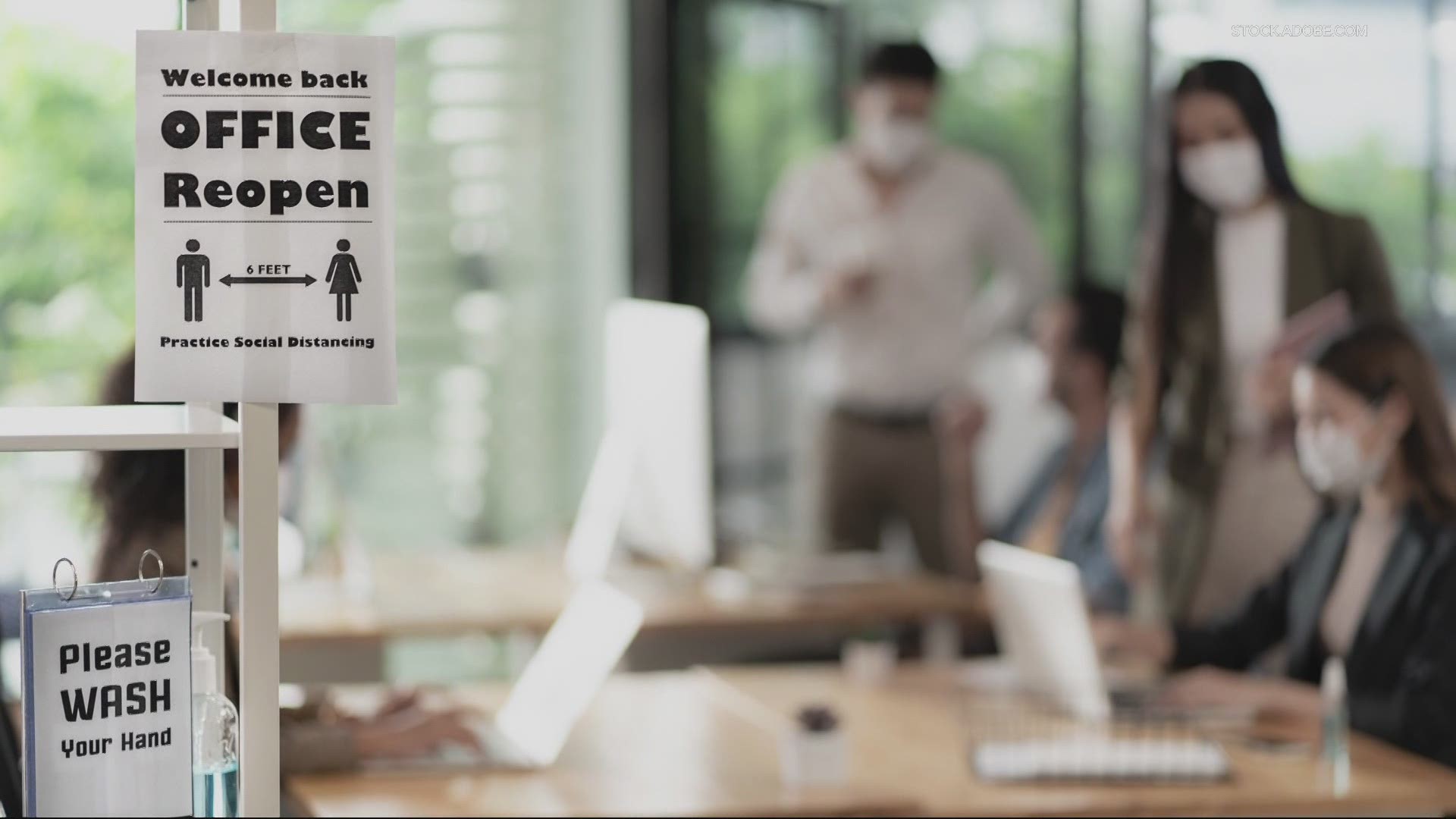 Since the pandemic began, Oregon OSHA has received about 24,000 complaints about businesses and workplaces not complying with safety rules. In a typical year, Oregon OSHA receives only about 2,000.

However, in coordination with the governor's announcement that face coverings will no longer be needed in most public settings once 70% of Oregonians are vaccinated, Oregon OSHA plans to repeal its basic face covering and physical distancing requirements at work.

As of now, about 66% of Oregon adults have received at least one COVID-19 shot. That compares to about 63% nationally.

President Joe Biden has also pushed toward the goal of 70% vaccination by July 4.

"That's really what the push for June is moving forward," said Dr. Rochelle Walensky, director of the Center for Disease Control and Prevention. "To understand all of the reasons why people might not have yet rolled up their sleeves, and meet them where they are."

"We're going to end this outbreak for absolutely certain, and the vehicle to ending it is vaccination," said Dr. Anthony Fauci.

For restrictions to really ease up, Oregon Health Authority said about 127,000 more people need to get the shot.

In the meantime, Oregon OSHA is still reviewing about a third of its remaining complaints.

Oregon OSHA said it issued citations totaling $44,600 in penalties to four employers in May. All of the cases involved willful violations of rules designed to protect workers from potential exposure to coronavirus, according to a news release.

The citations were issued to two restaurants, a bakery, and a wood products company in Deschutes, Wasco, Linn, and Multnomah counties. Penalties ranged from $8,900 to $17,800. Oregon OSHA said violations included willfully failing to ensure workers and customers wore face coverings indoors and allowing indoor dining, despite operating in a county that was designated as “extreme risk” at the time.

The cited businesses were:

Now that risk levels and restrictions are relaxing, on June 14, Oregon OSHA will begin discussing the process to phase out these rules, but citations may still be given to businesses that violated them earlier on.