In August, a trans woman was attacked at Agate Beach near Newport. A Portland Lyft driver said a customer called her a man and started hitting her. 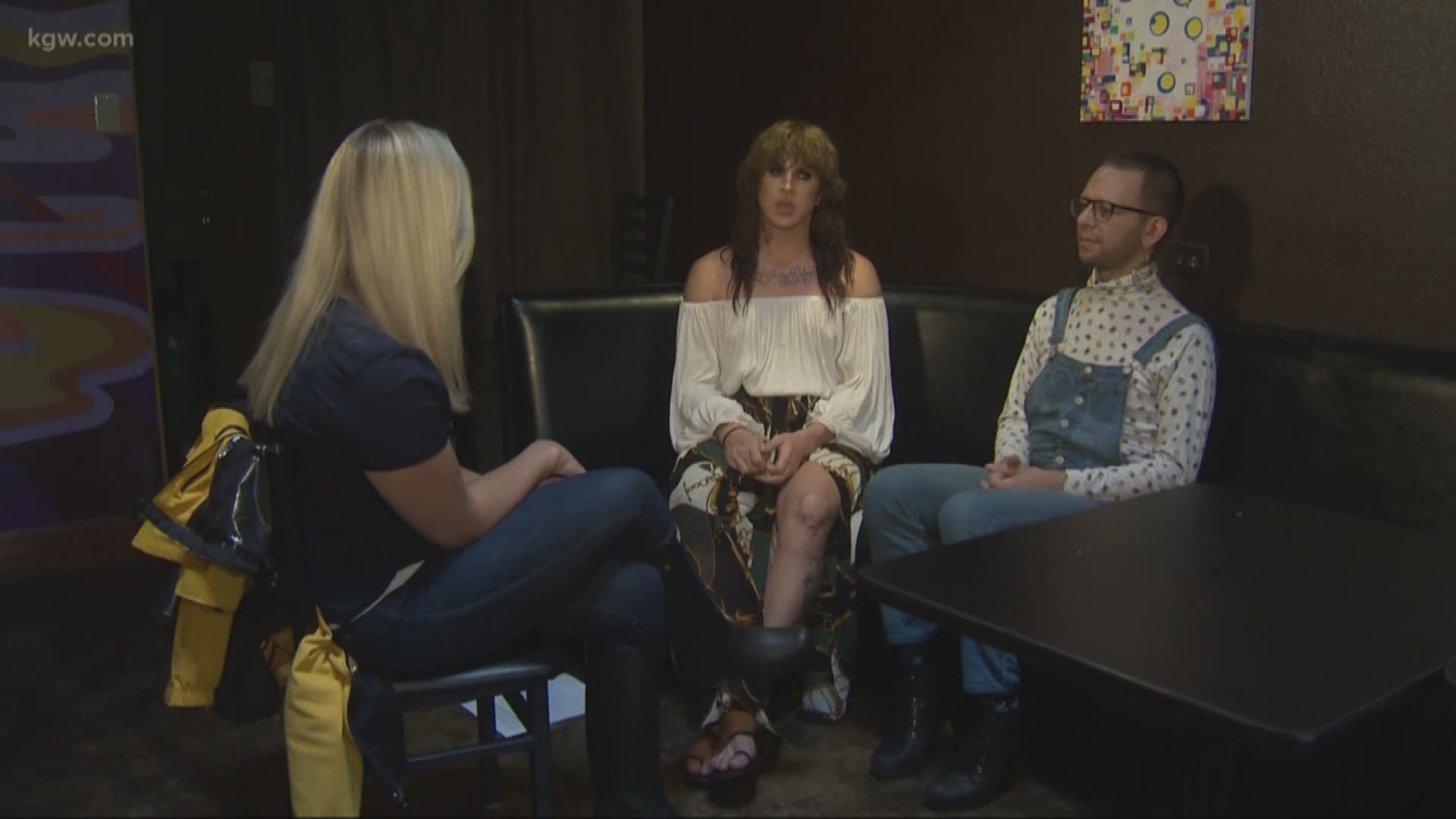 PORTLAND, Ore. — Police are investigating an attack on two transgender people that happened early Thursday morning at the food carts near West Burnside Street in Portland.

Atlas Marshall and Austin Schuchard were both attacked and shared their story to help people realize attacks on the LGBTQ Community happen more often than people realize.

“We need to be more open to loving people and understanding that we are different and you may not understand who we are, but you should respect us,” Marshall explained.

This is the third recent attack in the state involving transgender victims that were reported. Victims say unreported attacks happen much more often.

In August, a woman was attacked at Agate Beach near Newport. Earlier this month, a Portland Lyft driver said a customer called her a man and started hitting her.

In the latest incident, Marshall and Schuchard were waiting for food with a group of friends. One of their friends approached a group of men and asked for a cigarette. They said it quickly escalated from there when the man realized Marshall was transgender.

Marshall said “I don't know, it just happened really fast, it was a really intense situation that escalated out of nowhere.”

As soon as one of the men saw Marshall, she said hate speech started spewing out of his mouth.

“He saw me, visibly could tell I was trans, I was queer, and he started throwing homophobic and transphobic slurs at me,” Marshall said.

Marshall said this is not the first time she has heard those awful words directed at her.

“The insults themselves, like if I'm being 100 percent honest as a trans female in a world that tells trans people that we don't matter or we're not valid, I'm used to it, like I'm 30 years old, I, on multiple occasions have had people use terrible slurs, transphobic remarks, homophobic remarks,” Marshall said.

However, Thursday was the first time those insults turned into a physical attack. She said two men pushed her to the ground and started beating her. Schuchard ran to help.

“I started to hear some screaming and then I realized that it might have been form her, so I look around the corner and she was pinned down by two men,” Schuchard said.

Schuchard was able to get one of the men off Marshall, but got punched in the face and now has a broken nose and black eye.

“It's been very emotional,” Schuchard said. “I've never really experienced first on hate like this before. It was very hard to go through especially, seeing someone so close to me being hurt and attacked.”

Marshall has scrapes and bruises all over her body, but said that is not what hurts the most.

“I think overall the mental and emotional damage is a little bit more intense than the other stuff is for me,” Marshall said.

If you think Portland is open and tolerant, these two say no.

“It happens on a regular basis to trans and queer people that we are called out simply for living our truths and being 100 percent who we want to be,” Marshall said. “I treat people with kindness. I just want to be treated with the same.”

Friends have started a GoFundMe to help with medical bills.

Portland police say they are investigating the attack as a potential bias crime.