Lauren Jackson's skull and jaw were fractured in the August attack, according to court records. 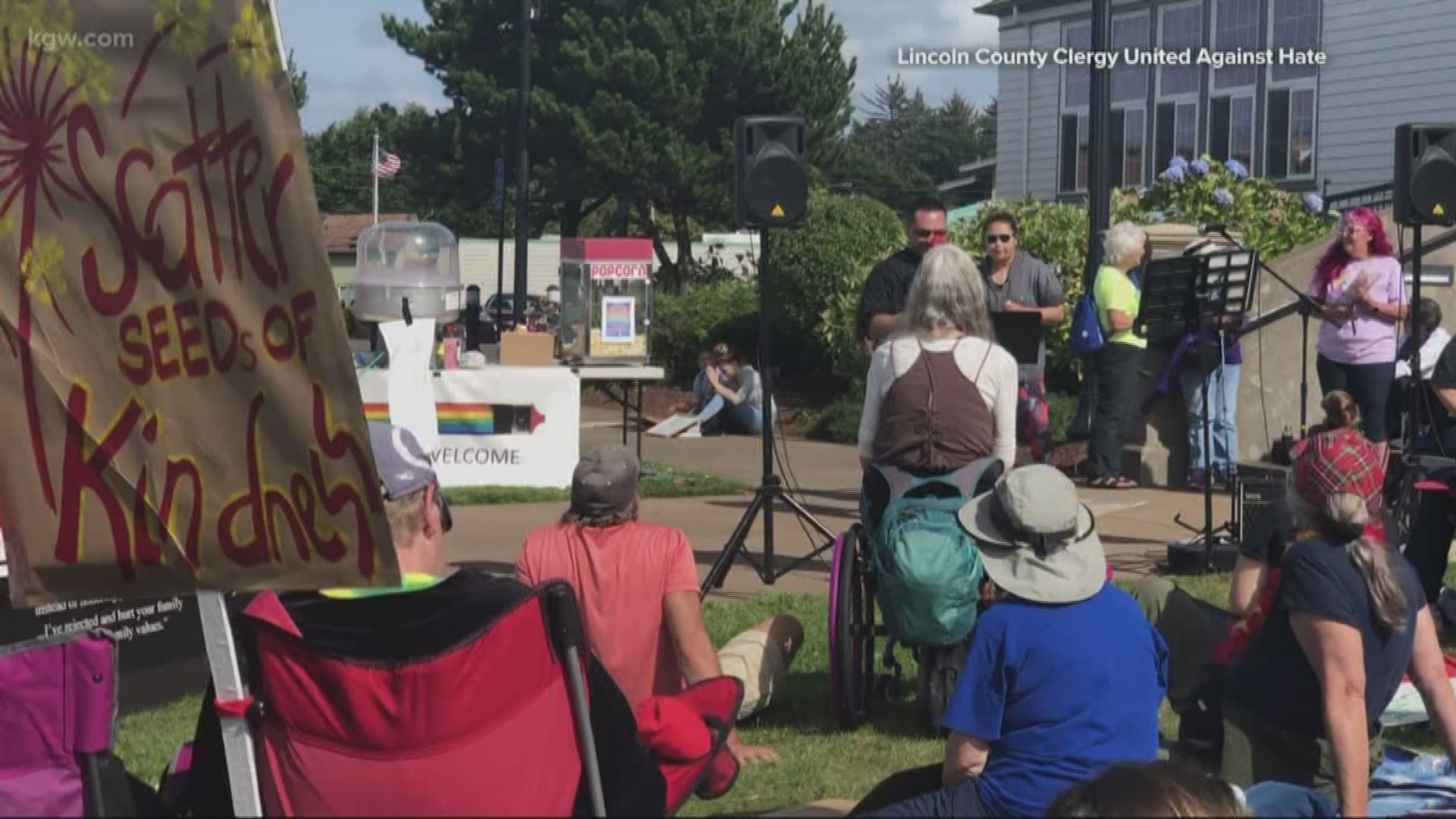 NEWPORT, Oregon — A group of church leaders held a rally Saturday in support of a transgender woman who was attacked on the Oregon Coast.

On Aug. 24, Lauren Jackson was confronted by a man named Fred Costanza when she came out of a women’s bathroom at Agate Beach in Newport, according to court records.

He was arrested and is facing bias crime charges.

RELATED: Lyft driver says she was attacked because she's transgender

Jackson attended and spoke at Saturday’s rally in Newport put on by Lincoln County Clergy United Against Hate. She thanked the community for their support.

“I am healing,” she said. “I’m just honestly so grateful to everyone who has been so kind, and I hope that you show that kindness to not only everybody else in all the other categories, but also show it to yourself.”

The clergy group has supported Jackson since she was assaulted, including releasing a statement on their Facebook page condemning the attack.

Costanza is due back in court on Sept. 23.