Members of the right-wing group Patriot Prayer and left-wing Antifa brawled in the streets on May 1 outside the bar in NE Portland. 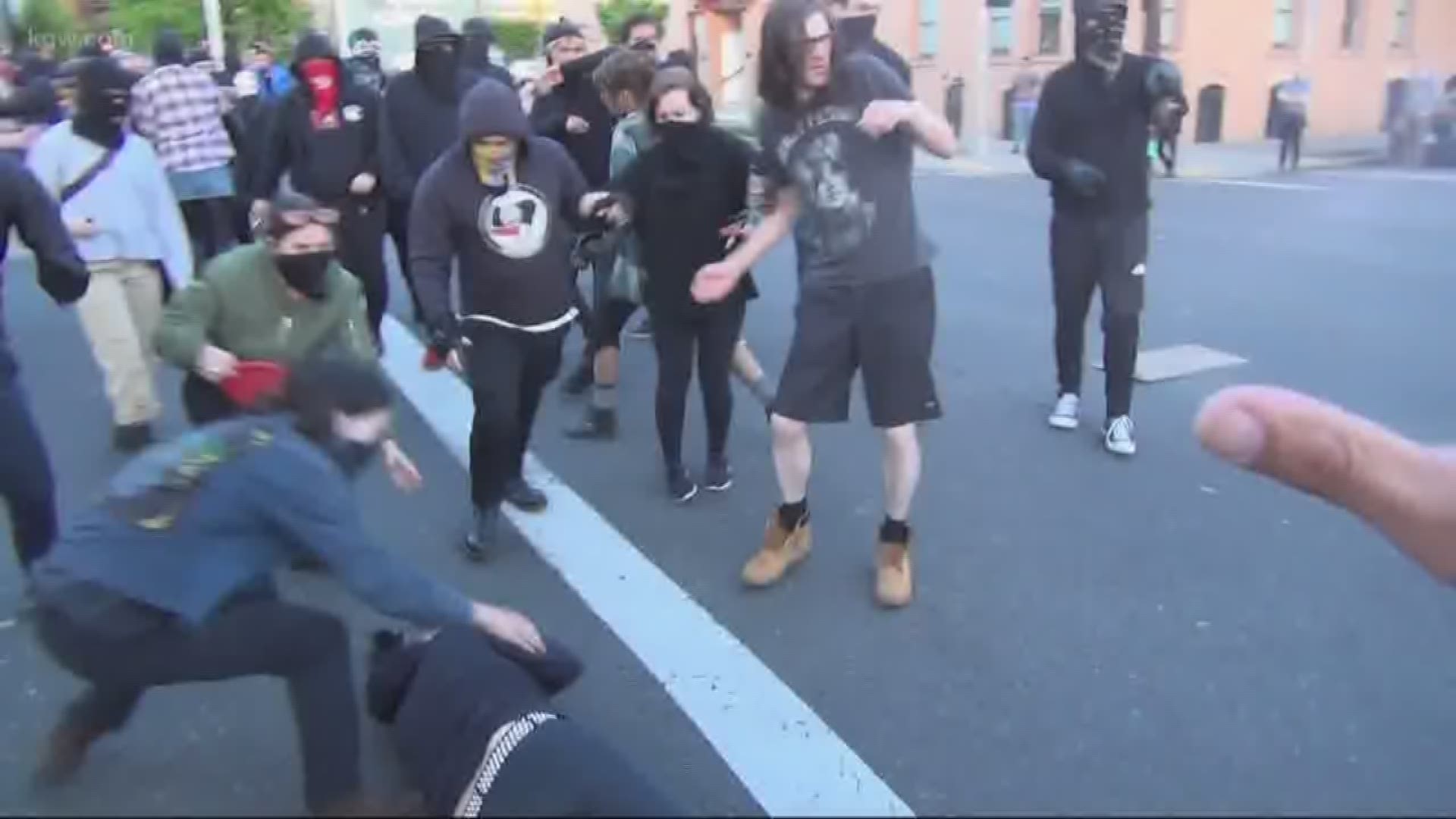 Editor's note: The video above is from May 7, 2019 about the owners of Cider Riot Bar fearing retaliation after it filed a lawsuit against Patriot Prayer.

PORTLAND, Ore. — Two men were arrested Thursday morning in connection with a large fight on May Day outside Cider Riot Bar in Northeast Portland.

The two suspects, 24-year-old Matthew D. Cooper and 50-year-old Russell E. Schultz, were arrested on active warrants by The U.S. Marshals Service for riot. Cooper was also named in an earlier indictment.

Members of the right-wing group Patriot Prayer and left-wing Antifa brawled in the streets outside the bar located near Northeast 8th Avenue and Couch Street. The fight between approximately 60 people marked a violent end to an otherwise peaceful May Day in Portland.

On August 7, Alexander Kramer, 45, was arrested on charges of second-degree assault, second-degree attempted assault and unlawful use of mace. According to Willamette Week, Kramer has a history of joining far right groups in brawls.

Cooper was also named in that indictment, and was charged with second-degree disorderly conduct and harassment. He and Kramer pleaded not guilty to all charges on August 8.

The owner of Cider Riot filed a lawsuit for $1 million against Patriot Prayer leader Joey Gibson and several other right-wing demonstrators. The lawsuit cites repeated attacks, threats, loss of business and costs incurred due to the incident and harassment thereafter.

Anyone with information related to crimes committed during the May 1 and June 29 demonstrations are encouraged to email the Portland Police Bureau at crimetips@portlandoregon.gov.