More than a dozen arrests made during Portland street racing 'mission' 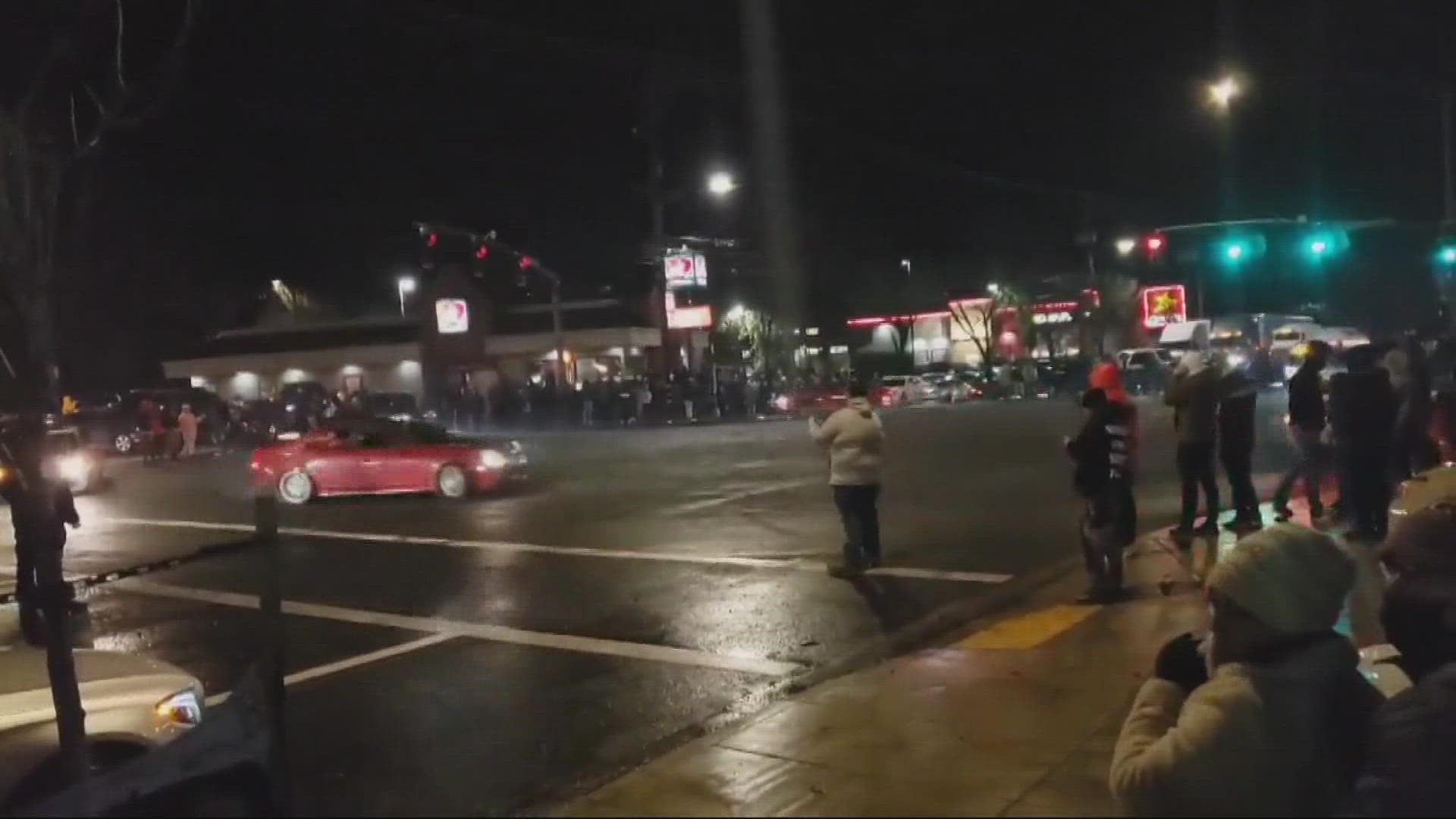 PORTLAND, Ore. — Portland police are cracking down on street racing in the city, which has become more apparent in recent months. Officers arrested more than a dozen people Sunday night in North Portland, gave out citations, towed at least eight cars and recovered two guns.

Police said they were able to operate this "speed racing mission" with the help of the Multnomah County Sheriff's Office and Oregon State Police, under a new city ordinance passed last month.

The ordinance fines street racers $500, they could get their cars towed and spend up to 30 days in jail.

Portland police released a public service announcement Saturday evening that made it clear they're ready to start enforcing the law and they will have help.

“We have joined with our law enforcement partners to combat and stop this illegal activity," Chief Chuck Lovell said in the video. "Those who have participated in street racing must stop. It is dangerous and costly to our community. The time to respect each other is now."

During a press conference on Sept. 28, Mayor Ted Wheeler and Portland police spoke about their successful partnership and plans to continue these missions.

PPB did address its lack of resources which has been a problem since large budget cuts and losing more than 100 officers in the last year. Deputy Chief Mike Frome said that PPB will be asking for help from other agencies and returning it when PPB can in kind.

PPB's aim with these "missions" is to curb the behavior and that includes seeking out ways for people who engage in street racing and sliding to have a safe space to do it. They have reached out to Portland International Raceway (PIR) to see if it could host racing, but PPB said the issue is the sliding. Sliding is an uncontrolled car maneuver that also impacts and damages the ground it's done on.

When asked if people should feel encouraged to call police if they see street racing due to the new ordinance, despite PPB's dwindling numbers and sometimes lack of response, PPB said, "What I'll always say, when there is crime when there is something that needs police attention, call the police. We are stretched pretty thin, we will send resources when we can."

According to Portland police, at least five people have died as a result of street racing since June 2020.

The state of Washington, along with Portland's neighboring cities, have laws outlawing street racing, but prior to the ordinance passing last month, Portland did not.

In recent months, "street takeovers" have made headlines in Portland during which hundreds of spectators and racers block off intersections in the city, parking lots or have shut down bridges for exhibitions of speed or stunt-driving in circles or around corners.