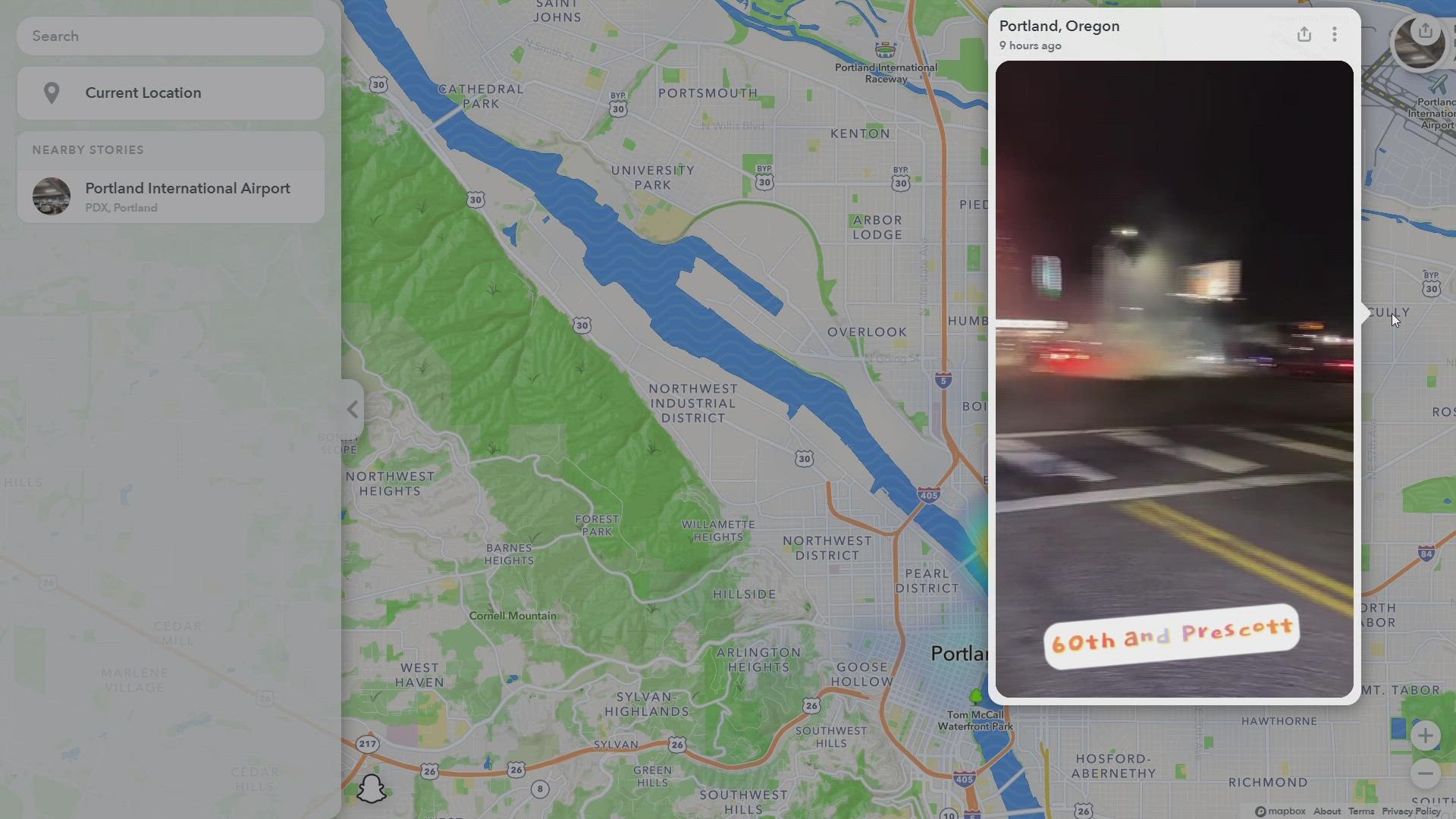 Videos posted to social media show some of the cars with passengers hanging out the window and coming dangerously close to those watching.

The stunts happened at least four different locations and shut down traffic on I-405 on the Fremont Bridge. All drivers and neighbors could do was wait, watch and listen Sunday night.

Matt Bellingham lives in the Cully neighborhood, "After awhile you could definitely smell the burning rubber. It was just out of hand."

Bellingham says he called 911 and then again after about 15 minutes, when he could tell police hadn't showed up yet.

RELATED: Portland is down to one full-time traffic officer as speeding tickets plummet

"There was no stopping it. If anything it seemed to intensify and I called again and I said where are the police? This is out of hand." Bellingham said.

Portland police declined an interview with KGW saying they had discussed this topic and length before but did say in an e-mail that they don't have the resources to respond and said officers were busy with other higher priority calls Sunday night like a fatal traffic crash and various shootings.

In the same e-mail they wrote:

"We are in a response mode more than in a deterrent mode or prevention mode. We would like to be able offer more prevention, faster response, more close attention to neighborhood crime. Shift sergeants have to make decisions based on the circumstances at any given time, how best to respond to all manner of complaints about crime. Sometimes we do not have the resources to act. The on-duty supervisors made the difficult decision to respond in the event there was a specific threat to life safety, beyond the risky behavior people were engaging in at those locations. Their determination was that resources did not allow for other options."

Police said they did respond to Southeast Division and Southeast 48th at about 3:30 a.m. to break up the group. Police made several traffic stops as drivers fled, but only issued one citation. When KGW asked what the citation was for and for how much, a spokesman said they didn't have the information.

"It seems that people doing this don't care and know that there's no repercussions. It was completely brazen." Bellingham said.

Drivers could be fined up to $500, face jail time and possibly get their cars towed.

Police didn't know of any injuries from Sunday night's events but have said recently that five people have died since June 2020 from street racing.

Last week, I worked with my City Council colleagues to pass an ordinance that creates additional tools for police to reduce street racing activities. Due to the high volume of life safety calls last night, including a fatal crash and shootings throughout the city, Portland police officers only had the resources to attend to one racing event near SE 47th and Division. Our officers deterred participants with lights and sirens and vehicles quickly dispersed. Officers issued one citation. We will continue working with the police to ensure they can utilize the new tools we’ve developed. Our goal in passing the new ordinance is to see less racing activity throughout the city.