Portland plagued by gun violence in first two months of 2021

Shooting calls are up to nearly 170 in the first two months of the year. At the same time last year, there had been 88 shooting calls. 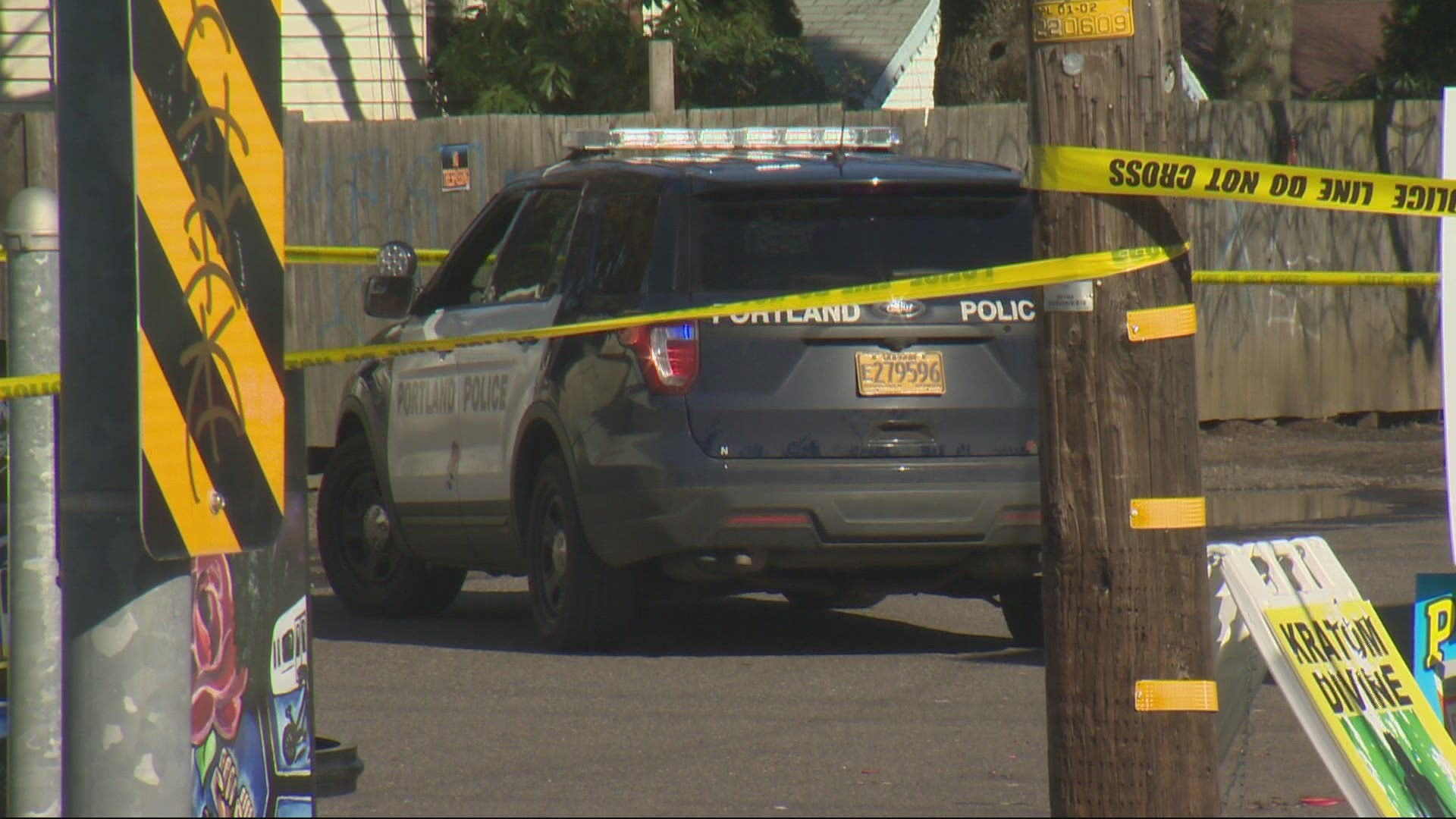 PORTLAND, Ore. — More gun violence has plagued Portland again this weekend. In just the past two months there have been nearly 170 shooting calls, compared to 88 at this time last year.

This weekend's violence includes a deadly shooting and one that was a very close call for some innocent homeowners.

Late Saturday night, someone shot two men at a bar off McLoughlin Boulevard. Police found one man dead and another with life-threatening injuries. The second victim died at a hospital on Sunday. Police said the suspect left before officers arrived.

Since then, there has been more gun violence, including in the Argay-Terrace neighborhood. Police found one man injured just after midnight. They said he'd been shot several times but is expected to survive. Again, the suspect fled.

And more shots were fired on Saturday night in a Northeast Portland neighborhood. It doesn't appear anyone was injured in this case, but it certainly rattled the nerves of some people who had a close call with the bullets.

Sunday morning, two men talked about bullets hitting their homes, in a condo complex in the 300 block of Northeast Morgan Street. There was the mark of a bullet slug into the siding of one home and through the garage door of the other.

“If you see where the bullet is lodged that's like my man cave right… so had the bullet hit lower I sit right there on the couch. I mean God forbid,” said one of the homeowners, who goes by the moniker Ike Boogie.

Also concerning for Ike: his 7-year-old daughter’s bedroom is just above the garage where the bullet hit. Everyone is physically fine but the intrusion of the bullet has consequences.

“It starts becoming personal because my family could have been affected, so it's— just— it's sad, in the city of Portland that I have grown to love so much,” said Ike.

Police said, in this case, someone in one vehicle shot at another. According to neighbors, two cars entered the complex off MLK and then the shots were fired. One car ended up taking out a rain downspout before both vehicles took off.

Ike is a long-time Portlander. He remembers the out-of-control gun violence of the 1990s. And now he believes he is witnessing a resurgence.

Gun violence took the life of 25-year-old Curtis Smith earlier this week. Smith was shot on Thursday in Farragut Park in north Portland. His family shared a picture with KGW.

Back on Morgan Street, Ike wonders if the effects of unemployment, racial strife, and a pandemic are part of the problem. Whatever the cause, he thinks we all must confront it.

“We need to take it from here, talking about it, to action. And everybody's being affected by this so everybody needs to be in on the discourse of how we can solve this problem or at least move forward to the solutions.”