TikTok Doctor being sued for sexual assault, harassment while at OHSU

The TikTok Doctor and former OHSU resident and employee, Jason Campbell, is being accused by a former coworker of sexual assault and harassment. 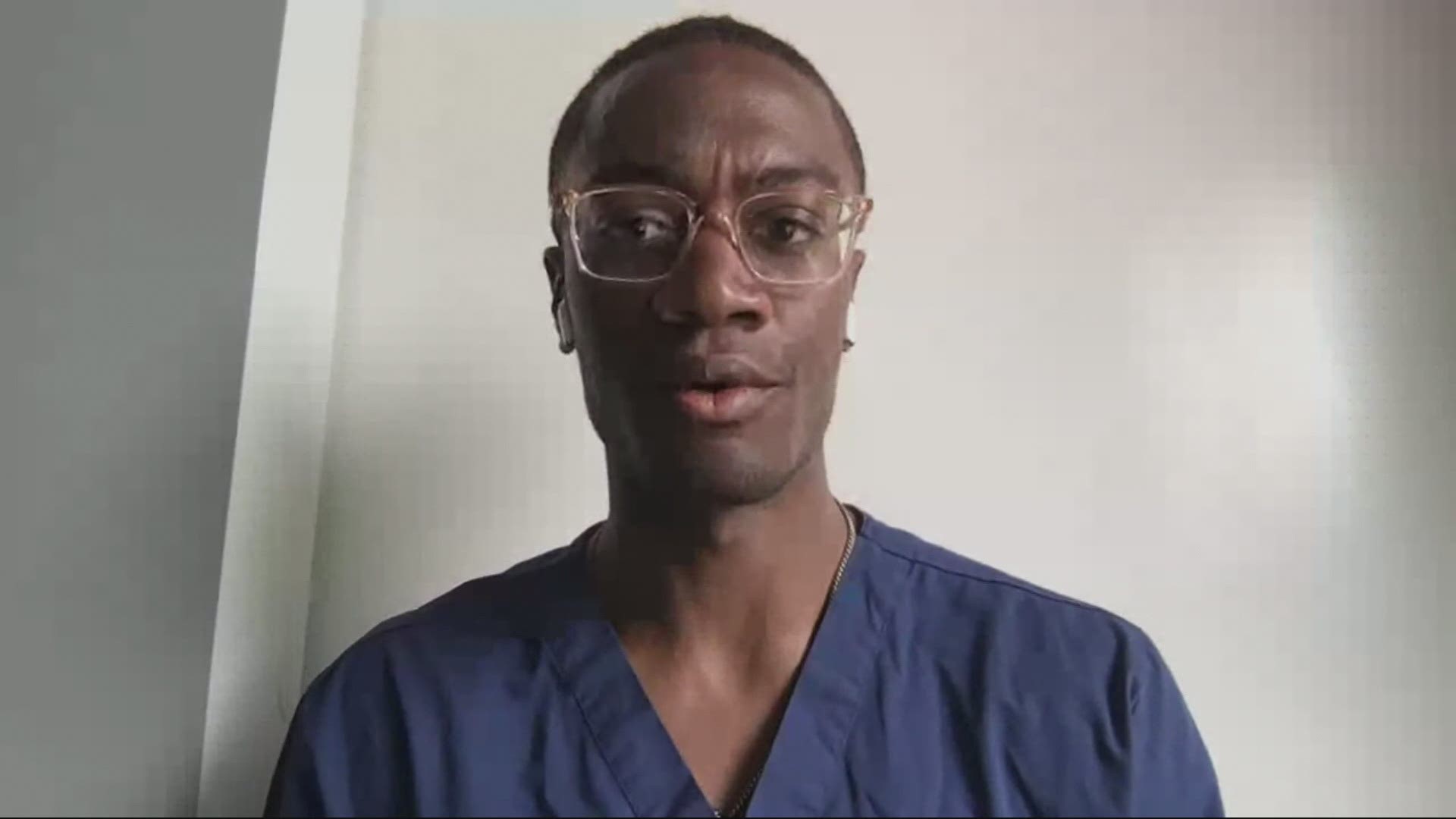 According to the 39-page affidavit, the plaintiff, identified as an employee at the Veterans Affairs Medical Center, called the VA Hospital, in Portland was sexually harassed and assaulted by Dr. Campbell while he was employed by OHSU. OHSU and the VA Hospital are connected via a sky bridge and Campbell had access to the VA hospital through his employment at OHSU. Dr. Campbell, according to the court documents, began harassing the plaintiff in January of 2020. There are multiple screenshots of text message conversations between the two.

On March 12, 2020, the documents say Campbell was working in scrubs for OHSU. He came up behind the plaintiff and “without the plaintiff’s express or implied consent, pushed his body and his erection forcibly onto the plaintiff’s backside, pushing her into the desk in front of her. Plaintiff was terrified and yelled at Dr. Campbell to leave.”

Presented in the documents is a screenshot of texts beginning with one sent from the plaintiff that reads, “Don’t EVER surprise me by getting in my physical space. I’ve knocked people out. It’s reflexive.”

To which Campbell’s responses were as follows:

The following day, on March 13, 2020, the affidavit said that Campbell messaged the plaintiff again and attempted to invite himself to the plaintiff’s home to bring her soup or tea. His messages read, according to the documents, “I’m feeling lucky about another hug today from my fave ED star,” and “Are you home or still here? I’ll get my hug anywhere,” as well as, “I just want to hug you from behind without you yelling at me.”

The affidavit goes on to say that the plaintiff reported the details of the sexual harassment and assault to at least 13 different authorities within OHSU, six of which were in leadership roles and more than one of which is a mandatory reporter who did not report when notified of the assault/harassment.

Additionally, one other woman who was afraid to come forward had given her story to the plaintiff to share her alleged sexual harassment and assault from Campbell with those in leadership positions at OHSU, as well.

The affidavit outlines several ways that different mandatory reporters failed to follow Title IX and AAEO guidelines when the reports were made. This includes a report made in writing to Dr. Esther Choo, a professor of Emergency Medicine and founder of the national Times Up Healthcare movement. The movement’s purpose is to address sexual misconduct and discrimination in the health field.

On March 31, 2020, the plaintiff wrote to Dr. Choo outlining the alleged sexual harassment and assault of herself and another employee. The affidavit says that Choo responded via text, “Ugh, I’m giving him feedback.” The affidavit outlines handling sexual harassment/assault issues without reporting is a direct violation of the school’s Title IX policies:

Choo offered to have a “sit down with” Campbell or have his program director do it. Choo allegedly never reported the assault, according to documents.

Two months later, on June 5, 2020, Choo posed for a photo with Campbell for Twitter. On June 12, 2020, Campbell challenged Choo to help him get over 50,000 views on one of his videos. Then, again, on October 1, 2020, Choo tagged Campbell in a Twitter fundraiser, tagging him along with a few others as “Oregon friends with big followings and hearts.”

When the plaintiff objected, Choo responded: “You never told me about assault of you,” she also said “He knows why I don’t talk to him… I don’t need policing by White women,” as was shown in a screenshot of text messages between Choo and the plaintiff.

Choo was not the only official accused of not reporting the assault to AAEO or the Title IX supervisor. The affidavit, which can be read below in its entirety, outlines a history of "routinely violated" Title IX policies by OHSU.

The affidavit claims that OHSU continues to “glorify Dr. Campbell.” On November 3, 2020, the plaintiff requested an update on the investigation into Campbell and was told that he was no longer employed by OHSU. But the documents state that the hospital continued to praise Campbell:

For example, on November 25, 2020, OHSU’s Anesthesiology Department praised its resident Dr. Campbell on Twitter for co-authoring a publication. On January 21, 2021, Dr. Campbell was on national television for attending the Presidential Inauguration parade. OHSU accepted the showering of media praise and attention for its resident. OHSU still has photos of Dr. Campbell on its Instagram and social media accounts. As of January 29, 2021, OHSU’s website features Dr. Campbell as its current resident, and Dr. Campbell’s blog states that he is an Anesthesiology resident in Portland, Oregon where there is only one teaching hospital – OHSU.

Additionally, OHSU had agreed to pay $6,000 to the plaintiff's healthcare provider to help pay for therapy following the alleged assault but it later said it could not pay it because the sexual misconduct fund had run out. It then agreed to pay for medical treatment if the plaintiff signed a full release of claims.

The plaintiff is requesting a trial by jury.

OHSU provided a statement to KGW via email:

OHSU does not condone behavior as described in the lawsuit. We are continuously working to evolve our culture, policies and practices to provide an environment where all learners, employees, patients and visitors feel safe and welcome. While we cannot comment at this time on the specifics of this pending litigation, we take our role seriously in being part of the change that needs to happen across our country to end discrimination and power dynamics that allow for harassment. We remain committed to these ideals and will continue to prioritize them as a public leader in health care, education and research.