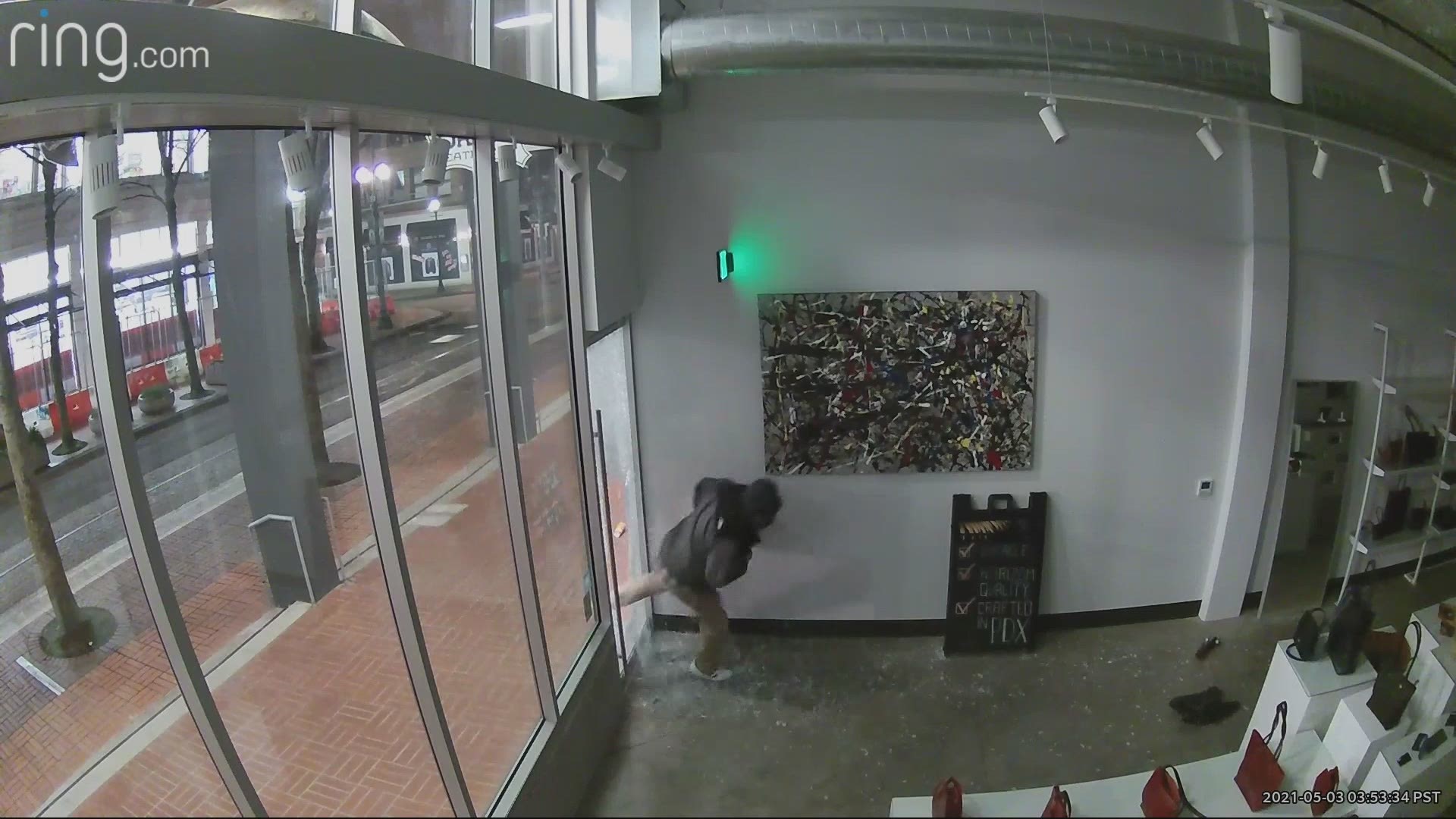 PORTLAND, Ore. — Whether because of the pandemic, protest vandalism or other factors, sales are down at Orox Leather Co. in downtown Portland. Owner Levi Martinez says the business has been struggling.

Now, another brutal blow to their store on SW 10th Avenue: two break-ins in the span of two months.

The first one happened mid-February and cost the store thousands of dollars in damage. Orox Leather was closed for weeks for repairs, finally reopening Thursday - and it was broken into again early Friday morning.

"We made all the adjustments, we brought in new products to fill the store," said Martinez. "Then we open up for one day Thursday and then the next day, that same night, got broken into."

The Friday morning burglary was caught on camera. "We were just shocked that it was so easy and quick. Within two minutes he was in and out," said Martinez.

The store’s security footage shows someone smashing the glass door and grabbing product on display. Martinez says the suspect took off with over 80 items worth about $16,000.

The video shows the suspect come in and out twice, snatching items ranging from wallets to handbags.

Orox Leather lost close to $30,000 worth of merchandise in both burglaries, but haven't lost hope.

"We are a resilient company, we're a resilient family, we're family business first of all," said Martinez. "We're here to stay and we want to figure things out."

The business plans to implement additional security measures whenever they reopen the store. They remain optimistic about the future and are ready to get back to work.