An ordinance proposed by Portland Mayor Ted Wheeler and Commissioner Dan Ryan would streamline the process for installing security lights and gates. 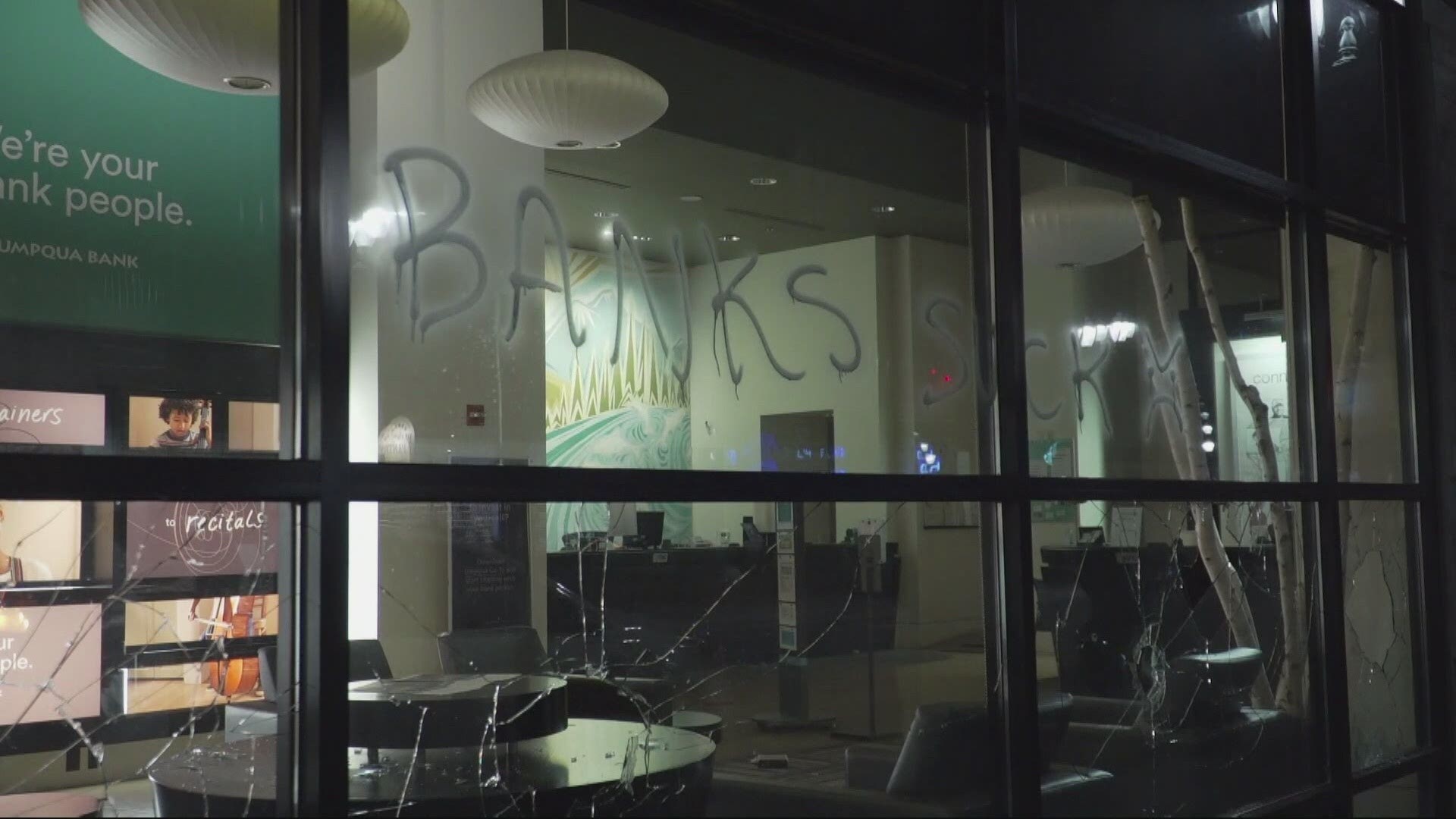 PORTLAND, Ore. — Portland City Council this week will consider new rules to help people better protect their businesses from vandalism and damage. It would make it easier to add security lights and gates. But people in the Pearl District are looking for more protection to stop the damage vandals are doing in their downtown neighborhood.

There was graffiti and smashed windows Saturday night after a march turned into a destructive vandalism spree. Some of the targets: a Starbucks and Umpqua Bank. One business owner said they knew the destruction was coming.

“We knew this was going to happen,” said Jim Rice. “I spent Tuesday through Thursday communicating with anyone that would listen, begging for help."

Rice and his wife own The Fields Bar and Grill. They had a window broken out Friday night. That prompted them to board up for what they saw coming on Saturday. The grill employs 18 people and is trying to make a comeback with a partial reopening after COVID-19 closures.

“Only for us to be hit with this group coming in and destroying our neighborhood, forcing us to react by putting up boards and protections for our business that we really don't have the money to invest in,” said Rice.

City hall may make it easier to go beyond boarding up. An ordinance proposed by Portland Mayor Ted Wheeler and Commissioner Dan Ryan would streamline the process for installing security lights and gates.

"I’m frustrated but you should hear some of the community around here," he said. "Yesterday, all day long, we had people coming in and sharing their piece. Their stories of what they experienced. Their shock. Their frustration.”

Instead of spending his limited dollars on security gates, the bar and grill owner wants Portland to get its police help from the state, and even federal level, to stop destructive crowds.

“I have done anything I can right now just to be able to get attention to this issue and yet here we go into this [last] weekend and not enough support not enough resources and ultimately we got overwhelmed and our city got damaged yet again.”

Rice is concerned it could happen again next weekend.

City Council is scheduled to consider the ordinance streamlining the process for installing security lights and gates at their meeting this Wednesday at 2 p.m.

The Fields Bar and Grill just set up a GoFundMe to help Portland businesses struggling to survive because of the pandemic and destruction connected to some demonstrations.

RELATED: 11 Asian-owned Portland businesses vandalized in the past month