The dust cloud may also pose a possible health hazard to those living along the Gulf coast. 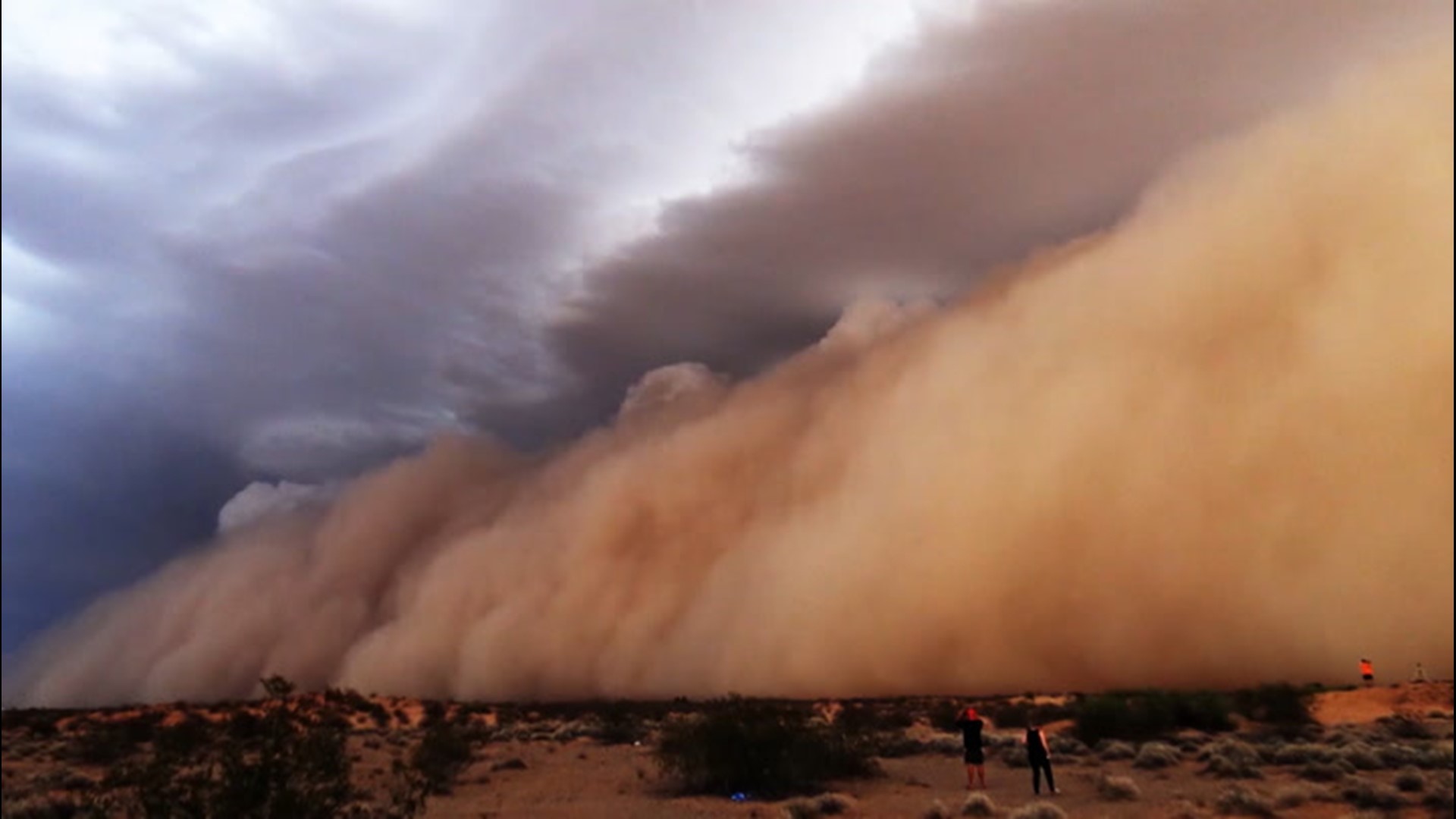 Crimson sunrises and sunsets will paint the eastern Texas sky next week, most likely not as any ill omen for the remaining months of 2020, but from dust.

An "abnormally large dust cloud" from the Sahara is making about a 5,000-mile trek across the Atlantic, heralding the chance of red sunrises and sunsets across the Gulf Coast and suppressing tropical development in the Atlantic Basin. However, it may also pose a possible health hazard to those living along the Gulf coast.

Although it isn't uncommon for the Trade Winds to carry dust from the Sahara to the Gulf Coast, this plume has caught the attention of a few meteorologists.

"According to scientists that I have gotten some information from, they're saying this is an abnormally large dust cloud," AccuWeather Senior Meteorologist and lead hurricane expert Dan Kottlowski told AccuWeather's Jonathan Petramala. "One of the things I noticed from this is the dust started coming off the coast of Africa several days ago, in fact maybe over a week ago. And it's still coming. It's almost like a prolonged area of dust."

Credit: NOAA/GOES16
Satellite imagery of the dust plume from the Sahara trekking across the Atlantic toward the Americas on June 18, 2020.

Dust making this journey from the Sahara to the Gulf Coast is common during June, July and sometimes into early August. Picked up by the Trade Winds and lofted higher up into the atmosphere, the dust gets trapped as the wind spirits it away across the Atlantic.

"This is the dusty time of the year," Kottlowski said. This year, he believes a stronger-than-normal, or at least a very active, African easterly jet might be at play in spurring the abnormal dust plume.

As the dust is carried across the Atlantic, it tends to suppress tropical development.

"It keeps a lid on the atmosphere and brings dry air into anything that may try to develop, which is very detrimental for tropical development which relies on warm, moist air," AccuWeather Senior Meteorologist Alan Reppert said.

However, dust is rarely a factor during the later months of the Atlantic hurricane season -- August, September and October -- when storms become more active.

"Dust tends to be much less of a problem during the heart of the hurricane season," Kottlowski said.

However, while the dust can suppress development, it doesn't kill any development entirely, Kottlowski warned. It's still possible for a tropical wave to clear out a large area of the dust, allowing a second tropical wave following in its wake to take advantage of the break in the dust pattern.

There doesn't seem to be a break in this dust pattern just yet though.

"I was amazed that the dust is still coming off the coast," Kottlowski said. "You don't see a break in it, so it's just a sort of long-lasting area of dust. We're going to see hazy skies across the Caribbean, probably into Florida into parts of the Gulf of Mexico area, probably for a week or two."

The dust is expected to reach the Gulf Coast between Tuesday and Thursday of next week, Kottlowski estimated. With the hazy skies, the sun's rays will have to bend around the dust particles as sunlight filters through the sky, creating vivid red sunrises and sunsets.

"It all depends on the concentration of the air particles or of the dust that will be there," Kottlowski said. "But from what I've seen thus far, a fair amount of dust is going to get forced into the Texas coast into those areas, so they will see that."

Volcanic ash and smoke from wildfires have had similar effects on how sunlight filters through the atmosphere at sunrise and sunset. The dust from the Sahara will spread out over a large area, from Florida to Louisiana and Texas, where Kottlowski expects the most dust to be seen.

While the dust will hang higher in the air, it can still pose a health concern. Should any of the fine dust combine with other particles in the air such as ozone or other dust particles or smoke, it could impact people who are more prone to respiratory issues, Kottlowski said. He expects there will be a few poor air quality reports out of eastern Texas next week.