10 to Watch in Tokyo: Jordan Chiles

Vancouver native Jordan Chiles is a favorite to win gold with her training partner, Simone Biles. 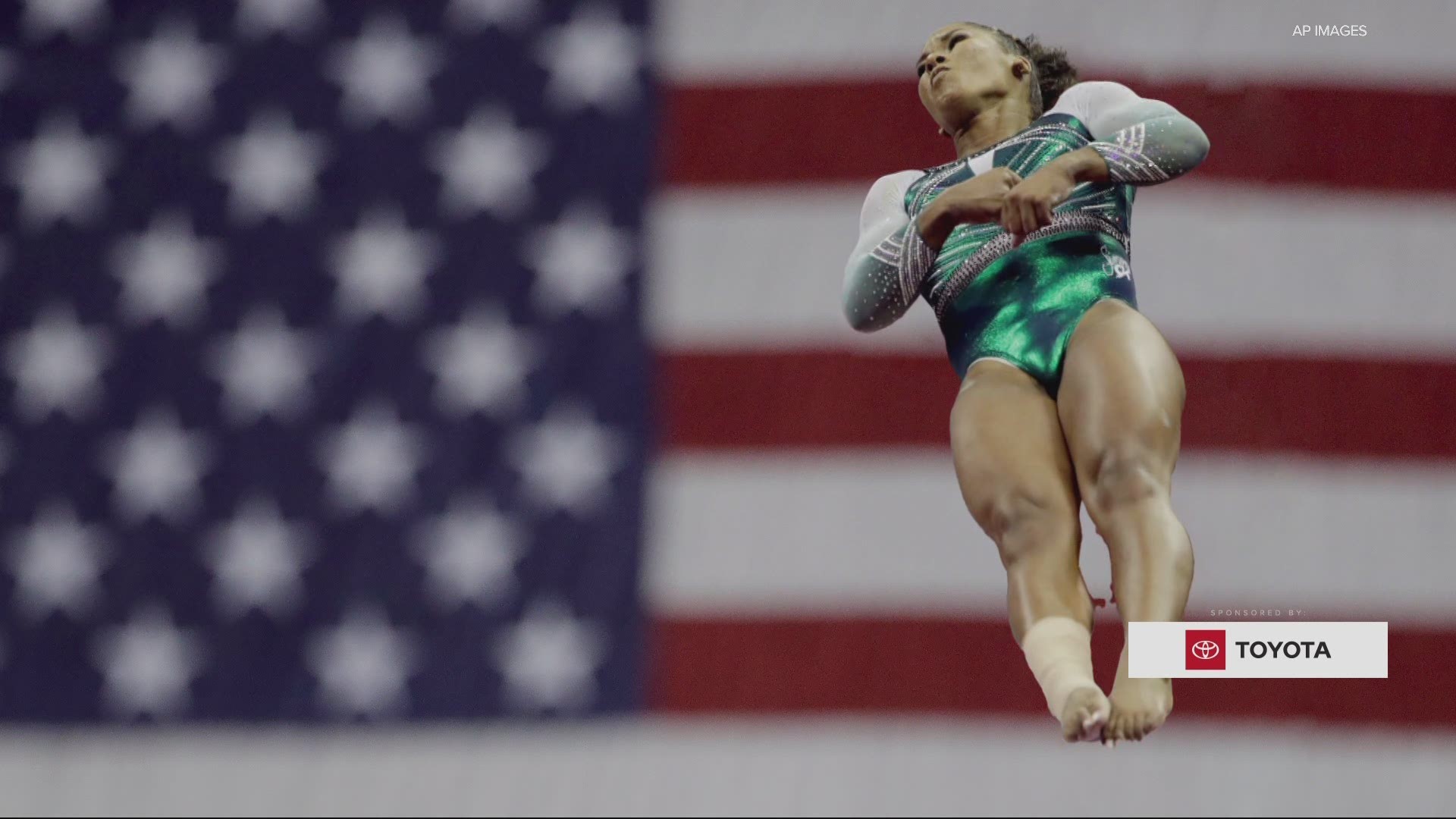 PORTLAND, Ore. — Jordan Chiles dreamed of becoming an Olympian when she was a kid and now that dream is reality. Chiles and Team USA are the favorites to win gold in the women's gymnastics team competition.

Her journey to Tokyo started with a chance encounter with Olympic gold medalist Shawn Johnson.

"It was after the 2008 Olympics," Chiles told KGW in a Zoom interview. "I told my mom I wanted to be an Olympian. I didn't know how I was going do that or what sport I was going to do it in."

Three years later, her training at Naydenov Gymnastics in Vancouver got serious. And she started competing with the U.S. National Team and won first place in 2014 in Italy.

Chiles dreamed of representing Team USA at the 2016 Olympics, but she missed the birthday deadline by four months.

After missing out on the 2018 World Championships, Chiles was ready to stop competing internationally and head to college at UCLA.

But she turned to Simone Biles for advice, and Biles convinced her to move to Texas to train with her. That decision turned out to be the right decision for her career.

"I didn't get to enjoy being a little kid with a big dream. It had to be strict, strict, strict," Chiles told KING 5 in Seattle. "Once I realized that I needed to stop doing it for other people and start doing it for myself, that's when I was like just be free. Have fun with it!"

Chiles finished third at the Olympic Trials and clinched one of the four spots on the team roster. She'll be there with her best friend and training partner, Simone Biles.

"It was honestly the most amazing feeling in my life," Chiles told Hoda Kotb on TODAY. "Having her by my side 24/7 and giving me encouraging words every day definitely helped and it was very motivational."