‘Oregon is no way shape or form an underdog’: ESPN analysts say don’t count Ducks out in Final Four

The Ducks are making their first Final Four appearance while the three other teams have won 14 of the last 19 national championships. 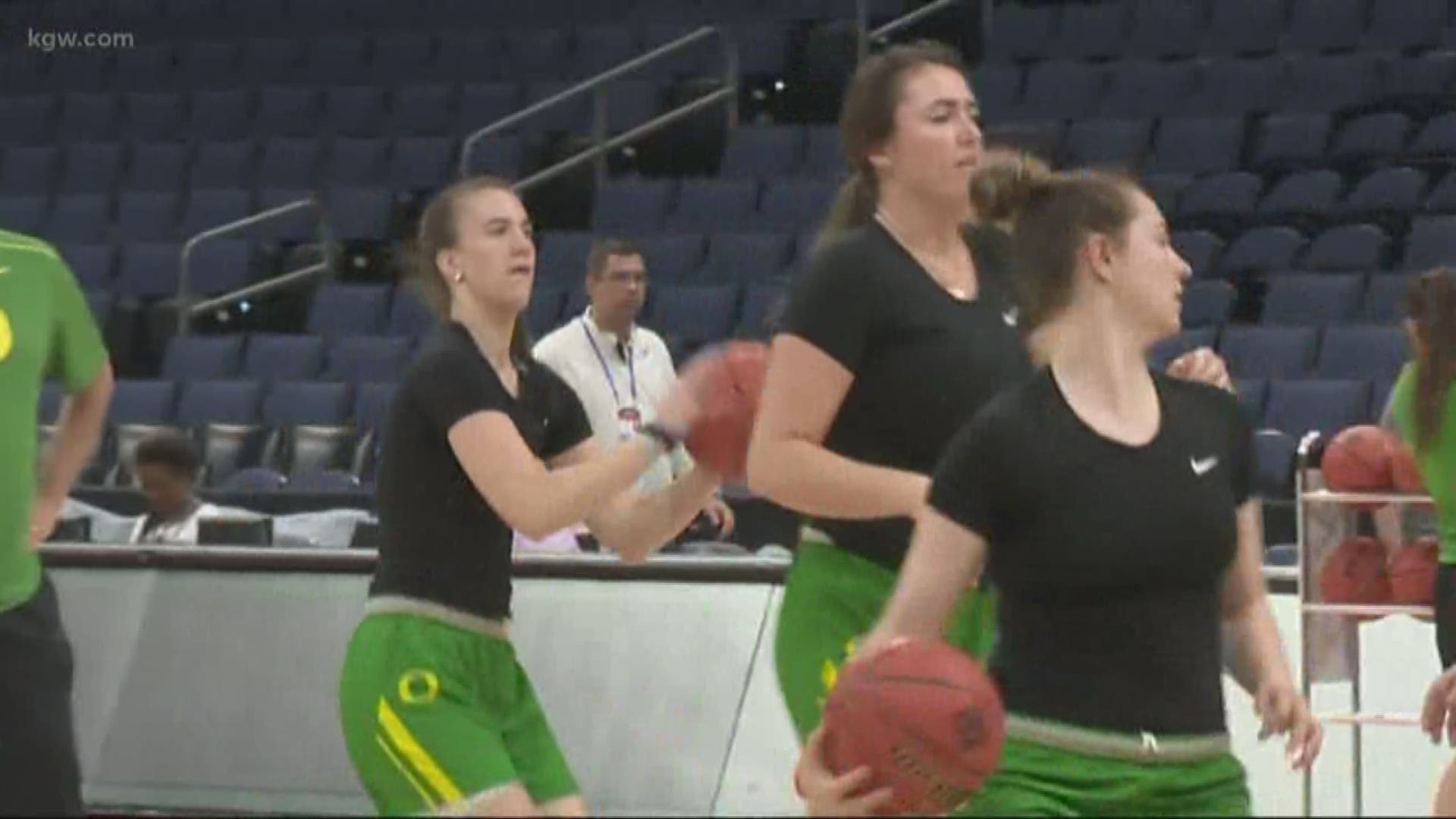 PORTLAND, Ore. — The Oregon Ducks were Pac-12 regular season champions and have a roster loaded with talent, including a player who may be the best in the country. But many consider Oregon the underdog at this year’s women’s NCAA Tournament Final Four.

That’s because the other three teams at this year’s Final Four are Baylor, UConn and Notre Dame. Those schools have accounted for 14 of the last 19 national championships.

Despite the advantage in the history books, those who cover women’s college basketball for ESPN said Oregon is anything but an underdog.

“In my mind, Oregon is no way shape or form an underdog. When we got the bracket, we said there are six teams here who can win the entire tournament. And believe me, Oregon was a part of that,” said ESPN analyst Maria Taylor.

In an article on ESPN.com, seven experts made their national champion picks. None picked Oregon.

Part of the reason Oregon is widely considered the team least likely to win the title is because of their opponent in the national semifinals. Baylor has only lost one game this season and is the top overall seed in the NCAA Tournament. The Bears have won by an average of 36 points per game so far in the tournament.

But Holly Rowe, a reporter from ESPN, said while Baylor has been impressive, Oregon is at their level.

"People who are not tuned in don’t know how good Oregon is. I just told a national radio show, they said, 'We think Baylor is the favorite.' I said then you haven’t seen Oregon play too much this year," Rowe said.

And as former UConn player Rebecca Lobo pointed out, every dominant team had to make the leap before becoming the powers they’re perceived as today.

"All the teams that are here, that have won a championship, had a first time at some point. Oregon seems to be built personality and personnel wise to embrace the moment and rise to it," Lobo said.

RELATED: Final Four preview: Oregon is newcomer but ‘not done yet’

Baylor’s one loss this season came to Stanford, a team who Oregon split with in two matchups this season. We’ll see if the Ducks can be the second team to hand the Bears a loss as they’re just one day away from the biggest game in program history.

Tip-off for Oregon’s game against Baylor is scheduled for 4 p.m. Pacific Time on Friday. The game will be televised on ESPN2.