The Republican senator from Roseburg still denied the allegations but decided on Thursday to resign effective March 15. 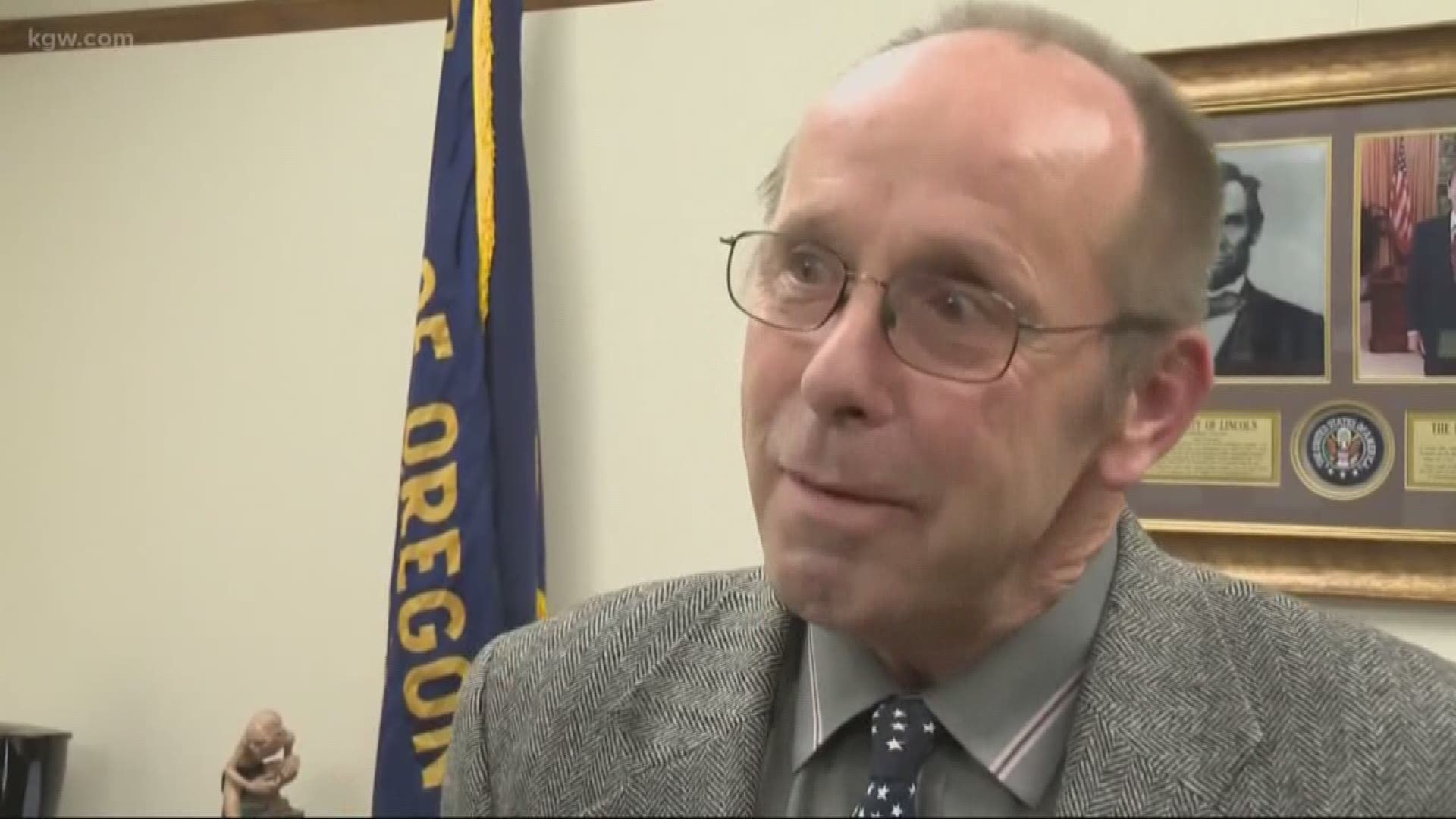 SALEM, Ore. -- Oregon Sen. Jeff Kruse has resigned amid allegations of sexual harassment while working at the Capitol.

The Republican senator from Roseburg still denied the allegations but decided on Thursday to resign effective March 15.

"I continue to deny these allegations and I regret that I will not have the opportunity to defend myself before the Senate Conduct Committee. However, today I tender my resignation so my colleagues may focus on serving Oregonians without distraction and my constituents may receive the fullest representation they are due," Kruse's statement reads.

Kruse has served as a state senator since 2005. His resignation comes two days after an independent investigation found that he had a longstanding pattern of unwanted physical contact with female colleagues.

On Wednesday, Kruse offered to stay away form the Capitol building while the report was reviewed by the Senate Committee of Conduct.

Related: Sen. Kruse to stay away from Capitol during review of sexual harassment report

Oregon Gov. Kate Brown, along with other lawmakers, had called on Kruse to resign.

"Senator Kruse's behavior is not acceptable in the Capitol or any workplace, and he should step down," Brown said on Tuesday. "The legislature must immediately take steps to ensure that every person who walks into Oregon's Capitol is safe and respected, allowing the focus in the capitol to be where it should: on serving the people of Oregon."

"The report of the independent investigator released earlier this week made it clear that his inappropriate conduct went far beyond what is alleged in the formal complaints. Just as I believed Senators Gelser and Steiner Hayward in 2016 and again last fall, I believed the report," Courtney said in a statement. “This week, I have been working with leadership in the Senate Republican Caucus to secure his resignation from the Senate."

Sen. Sara Gelser, who filed a formal complaint against Kruse in November, said his resignation is not a moment worth celerbating.

"I am concerned about where we go from here," she said. "There is nothing to celebrate with this. Women were harmed and we still haven't heard a clear message from leadership across the building."

Gelser's complaint last year led to more than a dozen similar complaints from women against the senator.

"We have so much work to do," Gelser said. "This has been a traumatic experience for everyone involved in it."