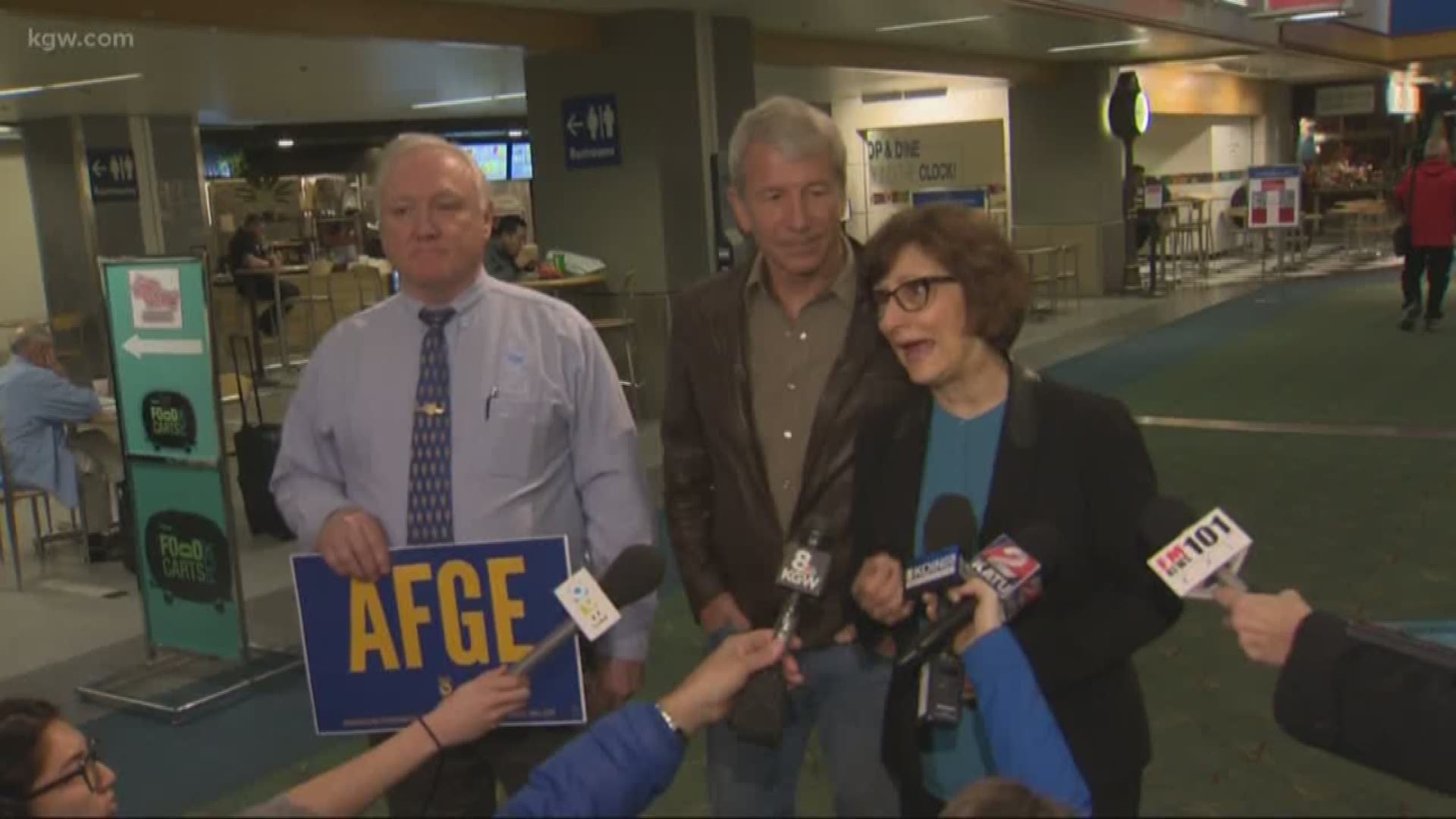 Two Democratic members of Congress from Oregon met with TSA agents and air-traffic controllers at Portland International Airport on Tuesday before flying back to Washington, D.C.

U.S. representatives Suzanne Bonamici and Kurt Schrader met with the federal workers who are considered "essential," which means they're working without pay, like others across the country.

"My hats off to these men and women willing to come to work with no light at the end of the tunnel, thanks to the President. It should be a bipartisan exercise to fund the government," Schrader said.

The local leader of the American Federation of Government Employees, which represents TSA workers, said so far there is no "sickout," or workers calling in sick over the shutdown.

"We have very dedicated people who are coming here, still coming to work," AFGE president Greg Biel said. "The fear is if this continues they may have to go seek unemployment."

Bonamici said they heard from one TSA agent who is selling plasma to make ends meet, and another whose spouse is in the U.S. Coast Guard and is also not getting paid right now.

Both stressed that the shutdown is unacceptable, and unnecessary for the border-security debate to continue.

"The House has already passed the bills to fund the government, to keep the government open," Bonamici said. "I hope they take those up in the Senate. We need to end this immediately, families are being affected."