Researchers found the grass that was shaded by the solar panels used up water much slower and therefore kept on growing. 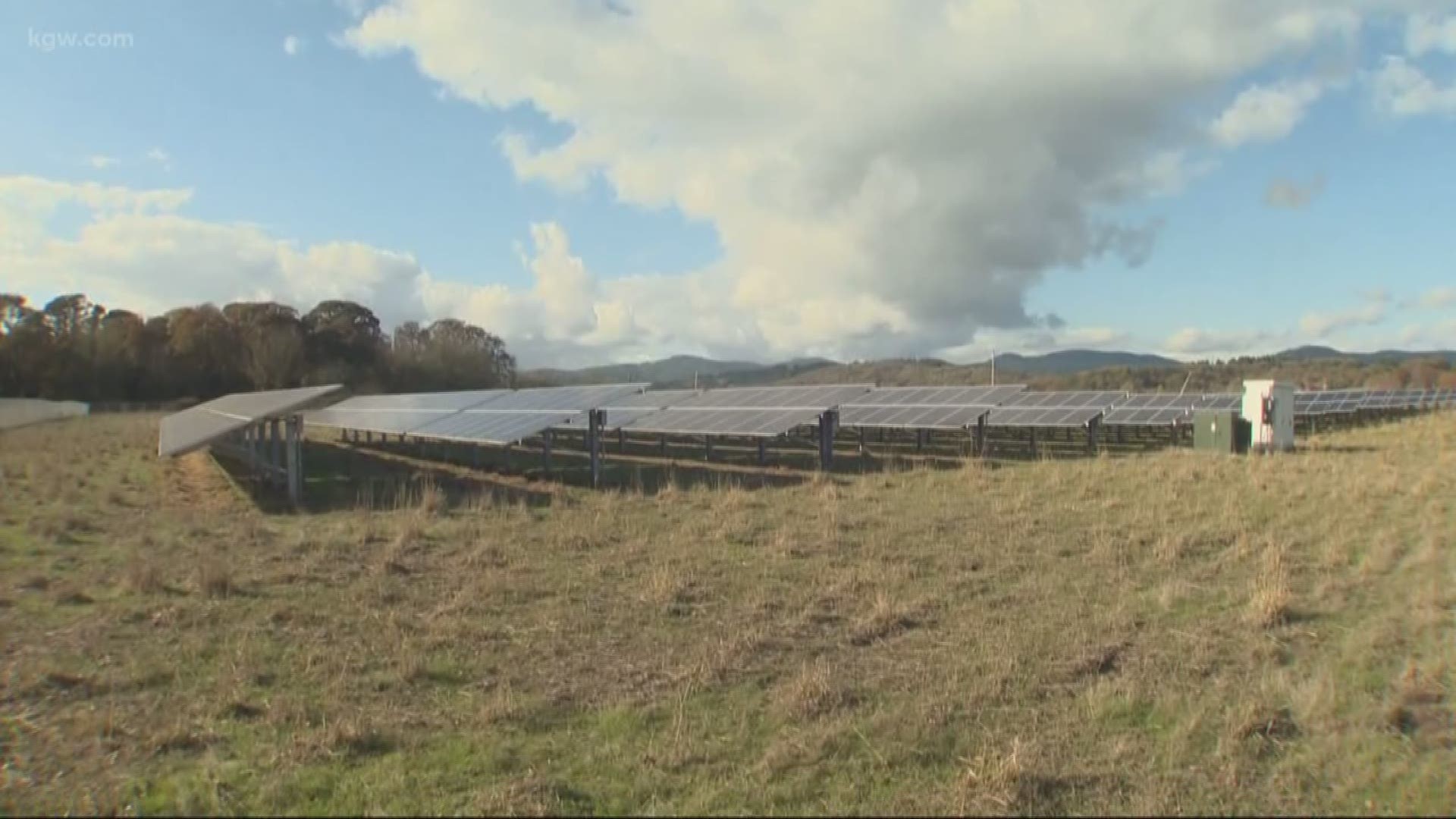 CORVALLIS, Ore. — When you think of solar panels, you probably think of them as producing clean, renewable energy.

But researchers at Oregon State University have found another, very different use for the panels- to help grow food.

In 2013 the school installed a 6-acre solar array on the west end of campus. Its initial purpose was to produce renewable energy for the university. It produces enough energy to power three buildings on campus.

But researchers also found it did something else, something that had nothing to do with electricity.

It all started when the researchers noticed a big difference in the grasses that were growing in the shade of the solar panels.

They grew about twice as tall and thick as those not underneath the panels, despite the fact that they did not receive any irrigation water.

So, the researchers put out testing equipment to measure the moisture in the soil and grasses.

They found the grass that was shaded by the solar panels used up water much slower and therefore kept on growing.

They believe the same would happen with crops like berries or vegetables.

The researchers say their next step is to design solar panels that allow farming beneath them.

"Our current vision is to have them on a single post that rotates so that when a tractor comes they rotate up and out of the way and doesn't impede the tractor and then they rotate back in place when they are done," said Chad Higgins, an associate professor in biological and ecological engineering.

The researchers are currently working with solar companies and landowners on such a design.