So far, over 1,000 craft breweries have answered Sierra Nevada's call for help, including Widmer Brothers and more than a dozen others across Oregon. 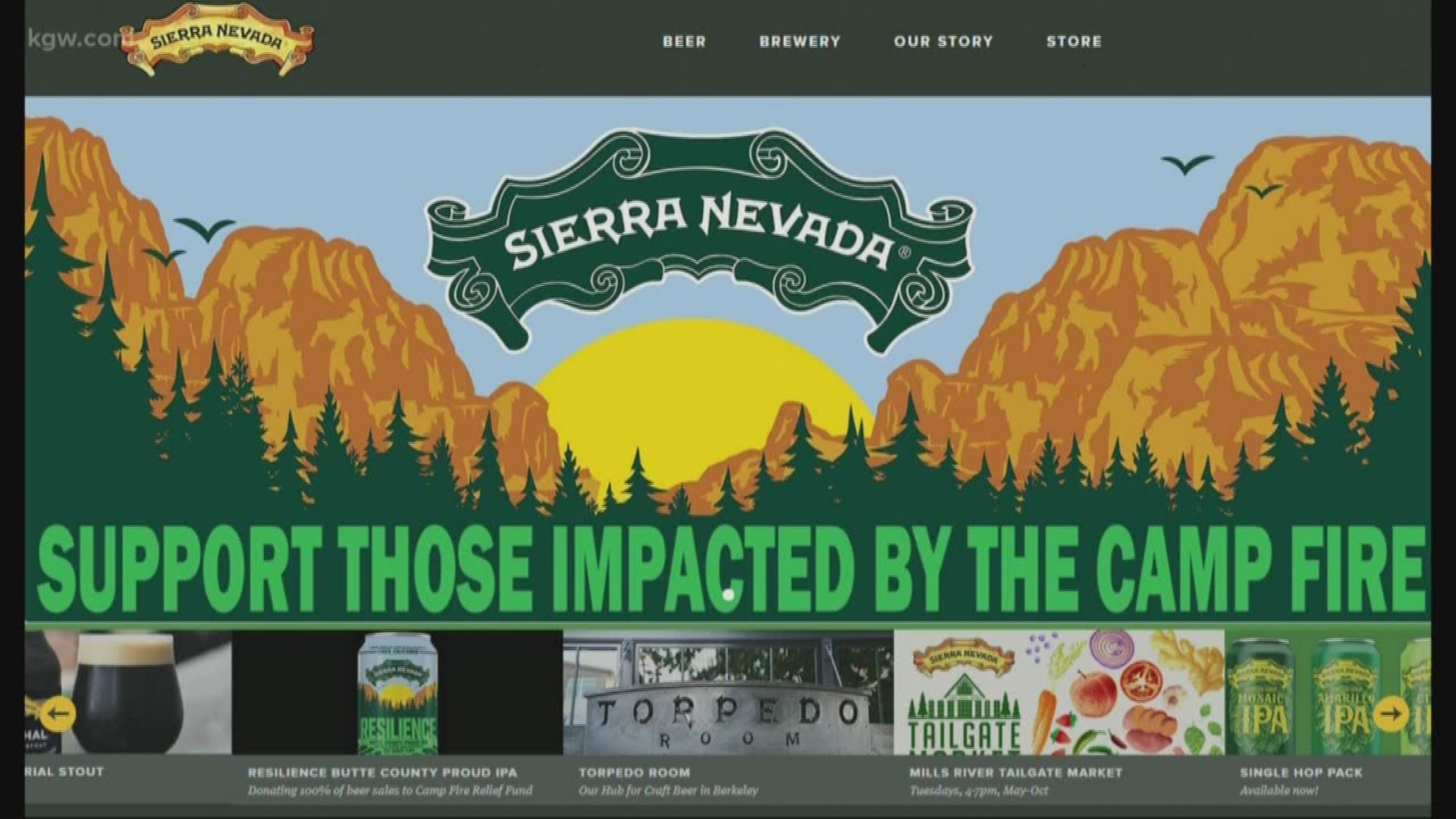 At Widmer Brothers Brewery, there's something special fermenting in their barrels—something way beyond beer. They're brewing Resilience—a dark, bold IPA concocted by a brewery 500 miles from Portland.

Sierra Nevada Brewing Company in Chico, Calif. came up with the recipe and an idea: why not get breweries across the country to make Resilience IPA, and donate a 100 percent of the proceeds to help victims of the Camp Fire in California?

“As soon as we found out, we were sending emails saying ‘We're in, we're stoked, we can't wait!’” said Jake Neilson, associate brand manager at Widmer Brothers.

So far, over 1,000 craft breweries have answered Sierra Nevada's call for help, including Widmer Brothers and more than a dozen others across Oregon.

“It's an awesome thing, and it’s not just us,” said Parker Penley, Innovation Lead Brewer at Widmer Brothers. “If you think about over a thousand breweries at once doing this exact same beer, exact same recipe, it's unheard of in this industry.”

Penley brewed 10 barrels of Resilience Tuesday morning while thinking of those who lost everything in California.

“It's really heartbreaking,” said Penley. “For us to come together as an industry and just do a small part to alleviate some suffering, that's a huge benefit.”

Widmer Brothers will brew 70 barrels of Resilience across its eight locations. It will be ready to serve on draft in December. A pint will sell for around $6 and every penny will go to help fire victims.

“Beer brings people together,” said Neilson. “One would only hope that if anything were to happen anywhere, that we could all come together and help create better good.”

If you can't make it to Widmer Brothers, several other Portland-area are breweries will be making and serving Resilience including 10 Barrel, Hair of the Dog, Rogue Ales, and Pyramid. Pelican Brewing in Pacific City and Mill City Brew Werks in Camas will also offer it.