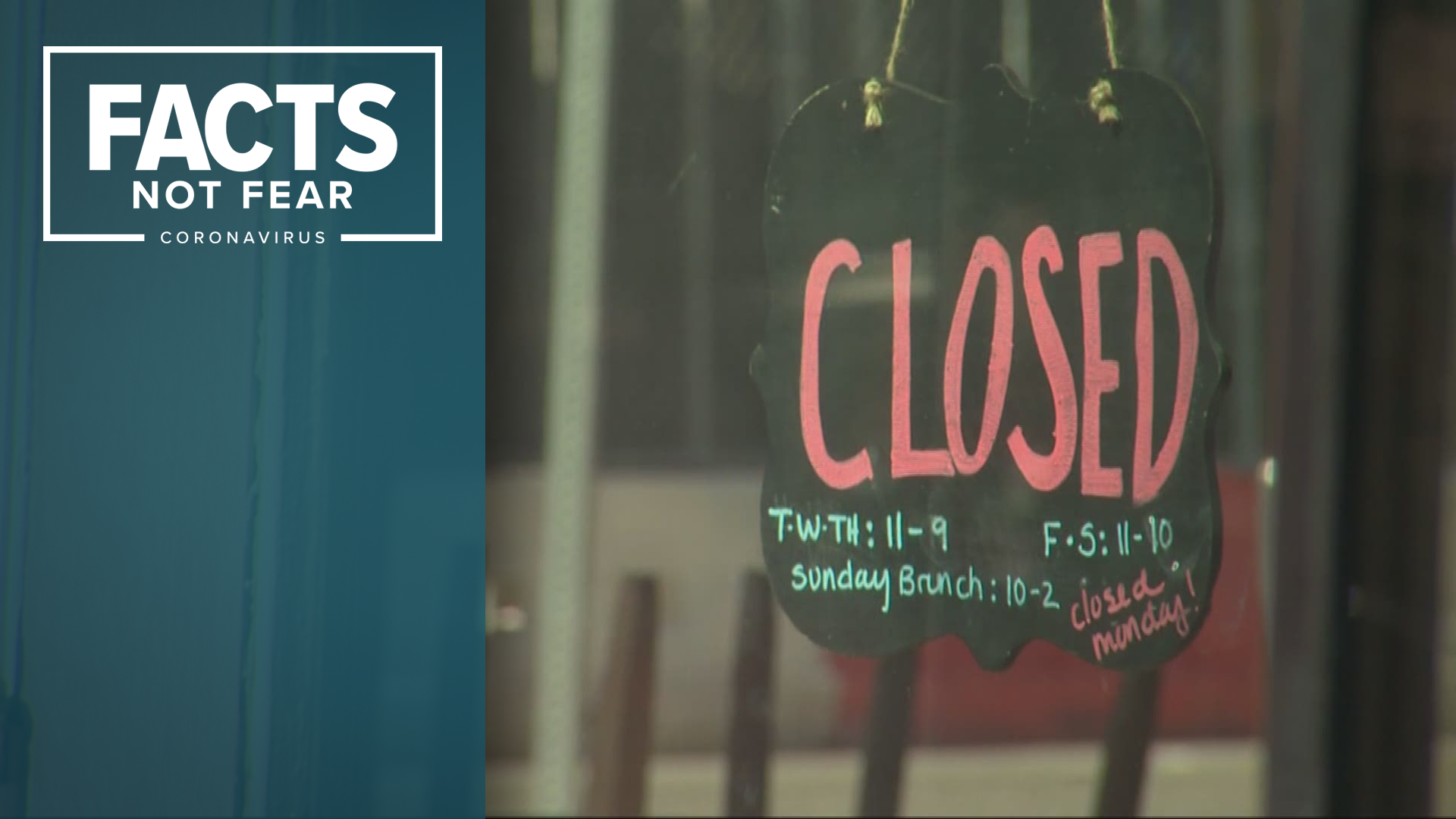 PORTLAND, Ore. — As Oregon restaurants and bars follow state orders to temporarily close, many owners are temporarily laying off their employees. On Tuesday, McMenamins announced it would lay off nearly 3,000 employees while they close their hotels and restaurants for the next several weeks.

“This is something none of us ever could have anticipated,” read part of a statement released by brothers Mike and Brian McMenamin. “This is drastic, but necessary, to allow our employees to file for unemployment benefits and ensure that there will be jobs to come back to when this extraordinary episode ends."

Laid off employees are trying to figure out what to do next.

“We knew it was coming,” said Miranda Roach, a server at McMenamins Murray & Allen. Roach learned Tuesday she was losing her job.

Most of Roach’s co-workers got temporary layoffs, but with less than a year of work under her belt, Roach learned she'd have to reapply to get her old job back. She said she understands the need to take extreme measures.

RELATED: Oregon coronavirus layoffs: What to do when you’ve lost your job

“Closing of restaurants, it makes sense but it can be frustrating for a person who just wants to work and make money and live.”

Roach and thousands of other Oregonians in her shoes are wondering if they qualify for state unemployment.

“We have seen a noticeable increase in traffic in our online claims system,” said Gail Krumenauer, communications director for the Oregon Employment Department.

Krumenauer said the state was working on improving its online and phone capacity to handle the influx of applicants. Payroll employees who lose their job through no fault of their own can claim unemployment insurance benefits. People who lose their jobs temporarily would qualify for up to 4 weeks of unemployment benefits and wouldn't be required to look for another job during that time.

“They do have to maintain active communication with their current employer and be available to go back to work when they are called back,” said Krumenauer.

Employers who don't want to lay off staff, only reduce their hours, can apply for the state's Work Share program. That gives workers access to partial unemployment to make up for reduced wages.

Roach said all she can do is hope for the best and remind others in her situation that they're not alone.

“Just help each other out where you can, stick together and try to be supportive,” said Roach. “I mean, it can't go on forever.”

Those interested in filing a claim with the Oregon Employment Department can do so online or via phone by calling 877-345-3484.