Tiffany Ojeda Hill, a mother of three, was killed Tuesday outside Sarah Anderson Elementary in Vancouver. On Sunday, friends and family honored the life she lived. 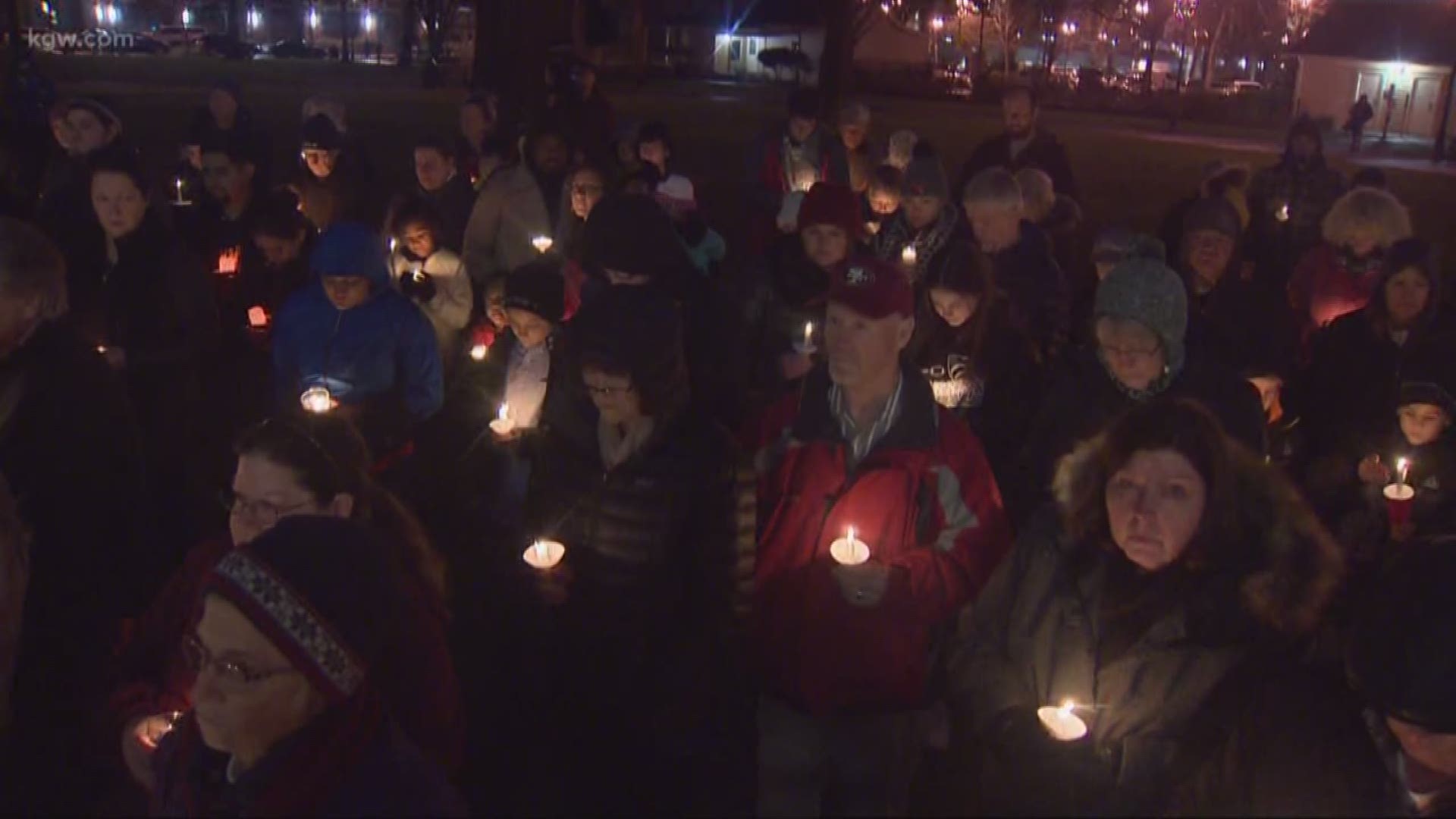 VANCOUVER, Wash. — Dozens gathered in Vancouver's Esther Short Park on Sunday for a candlelight vigil to remember the life of Tiffany Ojeda Hill.

Tiffany was the victim of domestic violence. Her sister said it was Tiffany’s husband, Keland Hill, who shot and killed her, injured her mother, then killed himself.

The shooting happened Tuesday in the parking lot of Sarah J. Anderson Elementary in Vancouver.

Sunday’s vigil, though, was all about Tiffany’s life and the impact she had on those around her.

“For those of you lucky enough to have known or met her, you know what an amazing soul she was,” said Rene Sundby as she spoke to the crowd. “She was a fierce force to be reckoned with.”

Rene Sundby and Karina Knight organized the vigil. On the Facebook event created for the vigil, they wrote, “This is a hard time for all of us. Our shining star was taken from us much too soon.”

Person after person who spoke at the vigil made it clear Tiffany touched the lives of so many people.

“There's not enough hours in the day, or weeks in a year, to convey what a wonderful human being she was,” one speaker said.

“She'd always come and talk to you and give you good advice and support,” said Tiffany’s friend Heather Vian. “She was so supportive.”

Friends and family said Tiffany brightened every room she walked into. She was a Marine Corps veteran and a mother to three children.

But she was also dealing with something not everyone knew about.

“I didn't know a lot of these things were going on. She never even mentioned anything, so it's really kind of sudden," Vian said. "It's hard.”

Family said Tiffany was the victim of ongoing domestic violence. The Clark County Sheriff’s Office said she had a restraining order against her husband, Keland Hill, who had recently bailed out of jail.

Friends who organized the vigil promised the crowd they would help change the system that could not protect her.

Tiffany’s mother spoke at the vigil, saying she came to visit because she knew something was not right.

“I tried to save my baby,” Tiffany’s mother told the crowd. “I came home here to bring her home with me and the kids. I knew something was wrong.”

The tragic loss of Tiffany has left a hole in the hearts of those who knew and loved her.

“Everyone who knows the love of a daughter, knows my daughter, that was my best friend,” Tiffany’s mother said to the crowd.

As family works to heal, they are also working to help Tiffany’s three children who are now left without parents. They started a GoFundMe that at last check has raised more than $79,000.