Here's how the third day of demonstrations went in Portland. 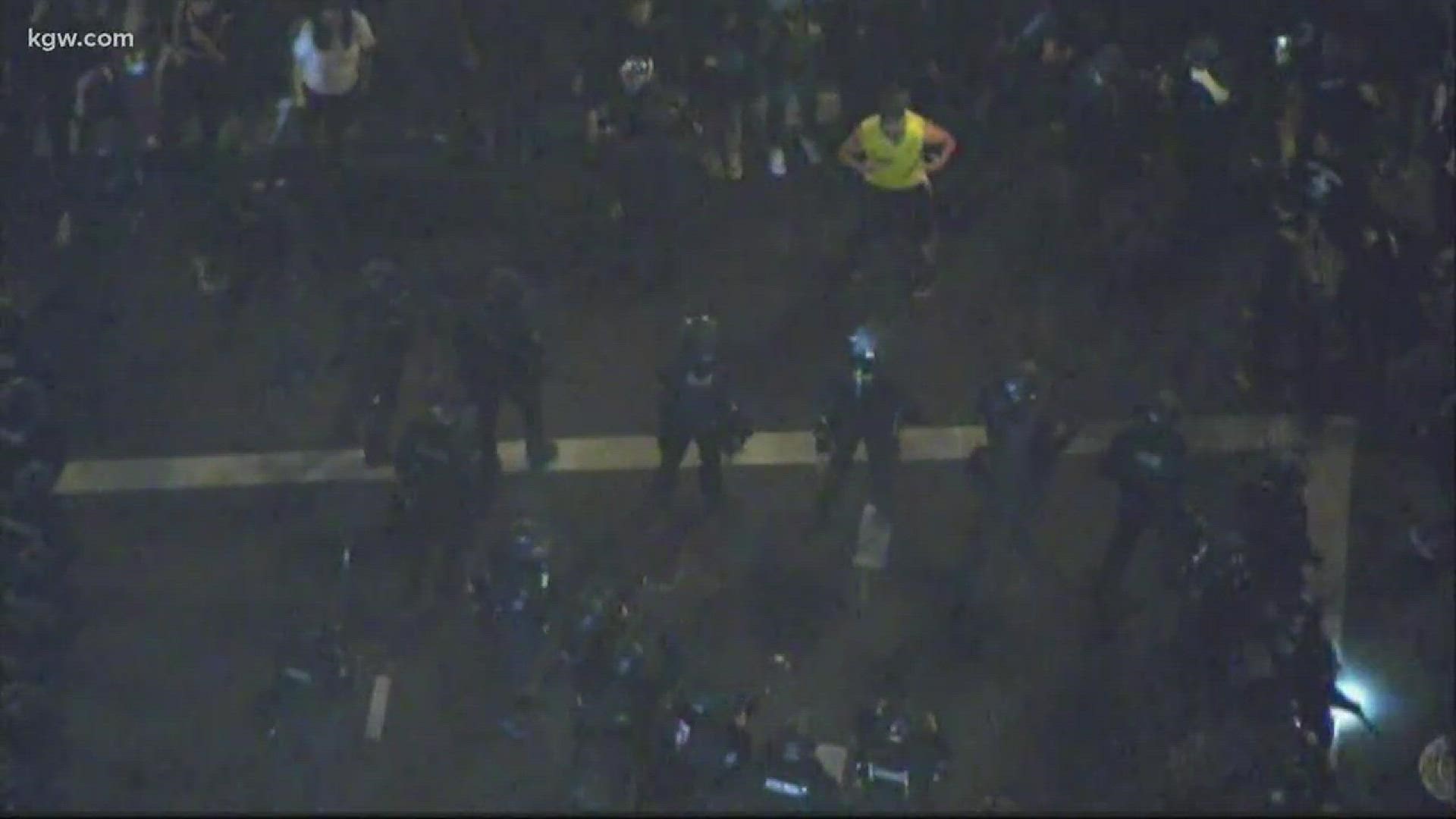 PORTLAND, Ore — On Sunday morning, Mayor Ted Wheeler announced he was extending the curfew for Portland, starting at 8 p.m. on Sunday.

By early afternoon, protests over the death of George Floyd began for the third day in a row.

3 p.m. Portland Police officers kneel with protesters downtown. Ryan Ao was walking to his car nearby when he stopped to take some video of the moment.

Hours before the curfew went into effect, groups began to march through downtown Portland.

4:30 p.m. Portland Police declare the gathering a civil disturbance and an unlawful assembly.

5:31 p.m. Police say demonstrators are complying with orders to vacate the area, so officers will not intervene with the peaceful march.

6:14 p.m. ODOT closes all freeway off-ramps leading to downtown Portland, including off-ramps from I-405, I-5, I-84, and US-26. The department expects the ramps will be closed throughout the night.

At 6 p.m. a rally was scheduled to take place at Laurelhurst Park, organized by the PNW Youth Liberation Front. Pat Dooris estimates around 2,500 people were in attendance.

6:35 p.m. Police state their support of the peaceful gathering at Laurelhurst Park.

7:07 p.m. Laurelhurst Park demonstrators move to SE 47th and Burnside and sit in the street. The former East Precinct for the Portland Police Bureau was located here.

7:29 p.m. 30 minutes until curfew, protesters are on the move in downtown Portland.

8 p.m. Curfew is now in effect in Portland.

8:55 p.m. Members of the Portland Police Demonstration Liaison Team are working with the large group of marchers.

9:18 p.m. The large group of peaceful protesters has made it to downtown.

9:21 p.m. Police advising the downtown crowd that they want to protect the marchers' first amendment rights.

9:35 Protesters take a knee outside the Justice Center, chanting, "I can't breathe."

10:10 p.m. Reports of loud booms coming from the crowd outside the Justice Center.

10:32 p.m. Protesters and police continue to stand peacefully outside the Justice Center.

10:58 p.m.: After saying some demonstrators had broken into the federal courthouse, which is next to the justice center, police say protesters actually never entered the courthouse.

11:14 p.m.: Police say projectiles are being thrown by demonstrators.

11:35 p.m.: Police declare the demonstration an unlawful assembly and civil disturbance. People are told to leave or be subject to police force.