'This is our livelihood': Tigard Bowling alley struggles to survive amid COVID-19 closure 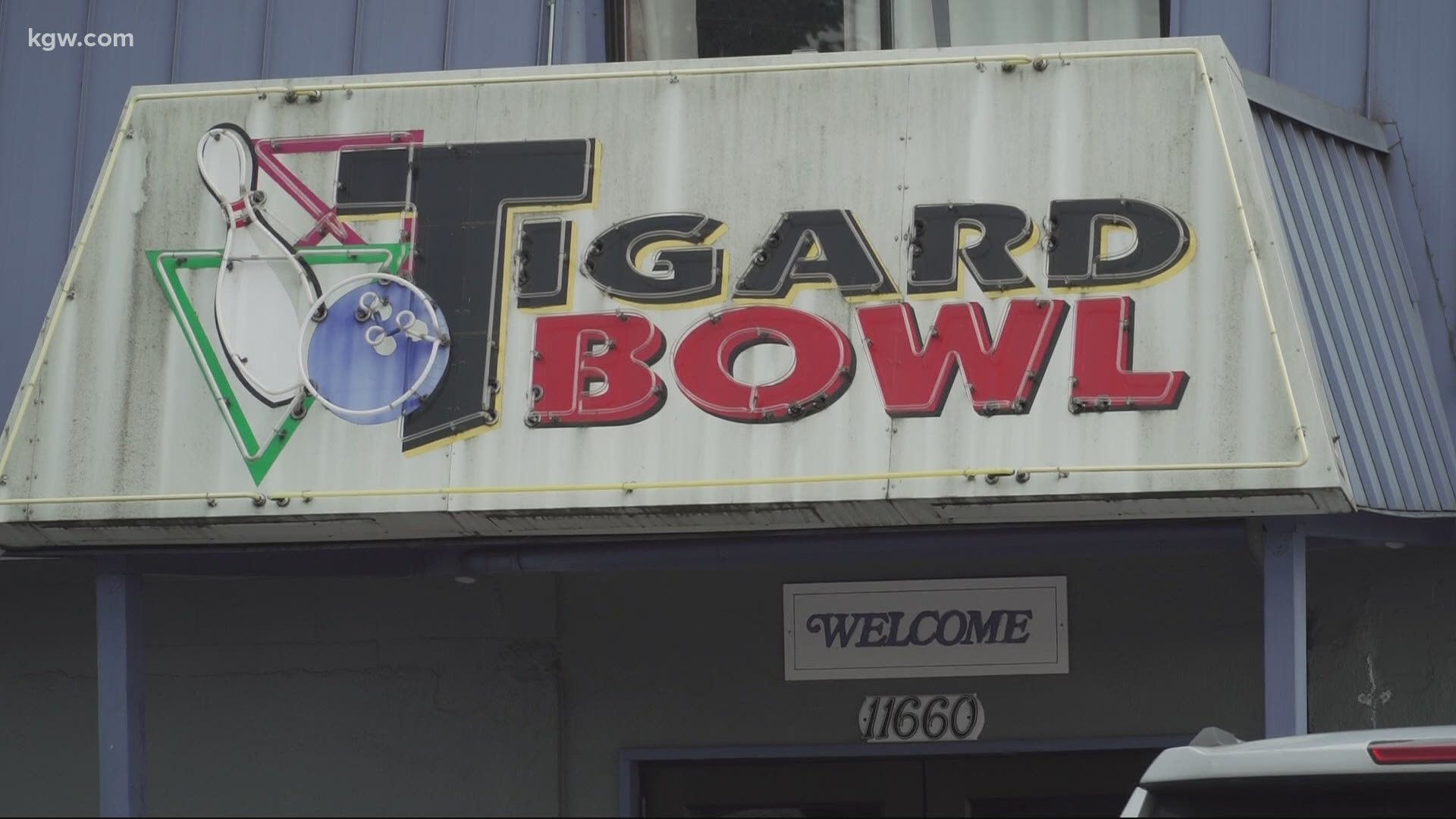 TIGARD, Oregon — Amid COVID-19 restrictions, many businesses have had the chance to reopen to some degree. But in the Portland-metro area, bowling alleys are still outside the lines when it comes to what state health officials deem safe.

The owners of Tigard Bowl closed up temporarily in March. Seven months later, their doors are still locked.

“It's beyond what we have the ability to do at this point,” said Tigard Bowl co-owner Mark Pearl. “Basically we're just trying to survive long enough to get open again and it's getting tougher."

Clakamas, Multnomah and Washington are three of just four counties in Oregon still in Phase 1. That means gyms and arcades can re-open but bowling alleys, can't. Every other county except for Malheur is in Phase 2. To Pearl, it feels like an unfair split.

“I just need [elected officials] to know that there are bowling people in the tri-county area that are struggling hard,” said Pearl. “I mean this is our livelihood, it's our life.”

Pearl said he and his wife and co-owner Lori, had about six months of reserves saved up for tough times; they're beyond that now. Friends are holding bowling tournaments in Phase 2 counties to raise money for the Tigard Bowl and there's also a GoFundMe account. The generosity of others means the world to Pearl.

“We actually have to raise enough money to just pay to keep closed at this point,” he said.

When Tigard Bowl is allowed to reopen, Pearl said they'll be ready, based on the health standards that open bowling alleys are following.

“We found out what would be required and we tripled it,” he said. “We think we're very prepared.”

None of that matters until all three metro counties move into Phase 2, and with the number of COVID-19 cases continuing to rise, it's unclear when that will be.

The Pearls planned to hold a rally on Thursday, October 22 at 5:00 p.m. in front of Tigard Bowl at 11660 SW Pacific Hwy. They asked supporters to bring signs to help them raise awareness in hopes of saving their business.