The decision is a reversal of a previous ruling and could have a big impact on how campaigns in Oregon are funded moving forward. 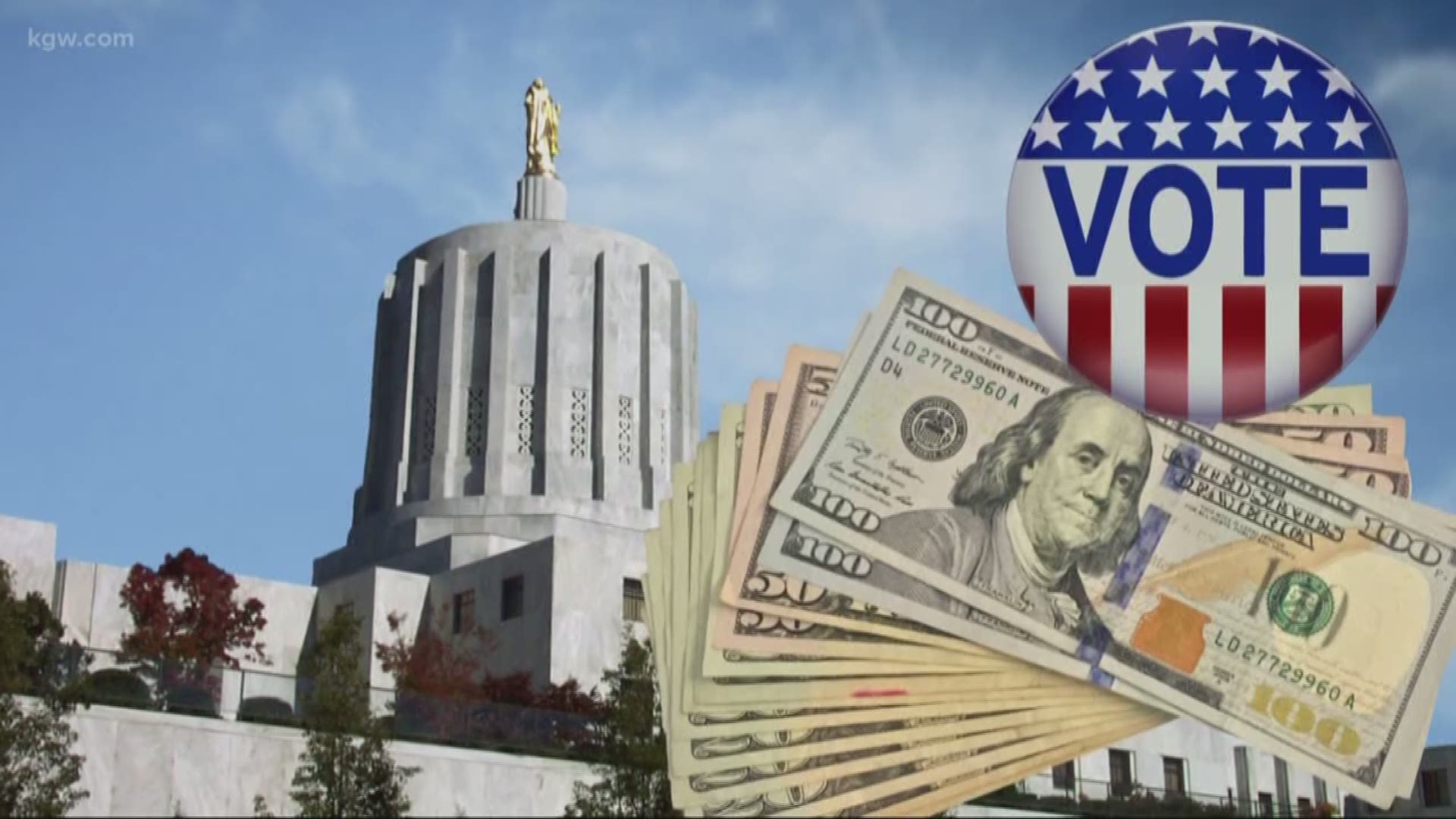 PORTLAND, Ore. — Oregon has been one of five states with no limits on how much you can donate to a political campaign. For years, people and corporations have been able to donate however much they want to candidates on our ballots.

But that era of political fundraising may be over. On Thursday, the Oregon Supreme Court ruled campaign contribution limits are allowed, although there’s still a lot of details that need to be worked out.

So, how did we get here?

Let’s go back to 1995. Voters passed a ballot measure capping donations $500 dollars for a statewide campaign, such as governor or attorney general. There were also $100 caps for campaigns for state senators and representatives. It also banned corporations, labor unions and nonprofits from donating so only individual people could give money.

The Oregon Supreme Court decided that violated the state constitution. Article 1, section 8 says, “no law shall be passed restraining the free expression of opinion, or restricting the right to speak, write, or print freely on any subject whatever.” The court interpreted this to mean that political donations were a kind of free speech, so they shouldn’t be restricted.

Fast forward to 2006 when Oregon tried again. Voters had to decide on two ballot measures. One would, again, put limits on campaign contributions. The other would change the constitution, so that contributions could be limited.

Voters passed the donation limits, again set at $500 and $100 depending on the race, but not the constitutional amendment. So, the state Supreme Court said no constitution change, no campaign contribution limits.

In 2016, Multnomah County voters passed their own version of a campaign finance law, capping donations for candidates just in the county.

That’s been challenged and worked its way through the court system until Thursday, when the state Supreme Court ruled campaign contribution limits are “not facially invalid,” meaning not automatically unconstitutional.

There’s still a lot to work out, and perhaps quickly since we’re in the middle of an election year, but that’s how we got here.

"How Did We Get Here?" is a recurring segment on KGW's The Story with Dan Haggerty. The show airs at 6 p.m. Monday-Friday. If there's a story you would like us to dig deeper into, you can email thestory@kgw.com or use the hashtag #HeyDan on Twitter.