The pandemic’s socially distant requirements have also forced campaigns to flex, and in some cases start to develop their social media muscles. 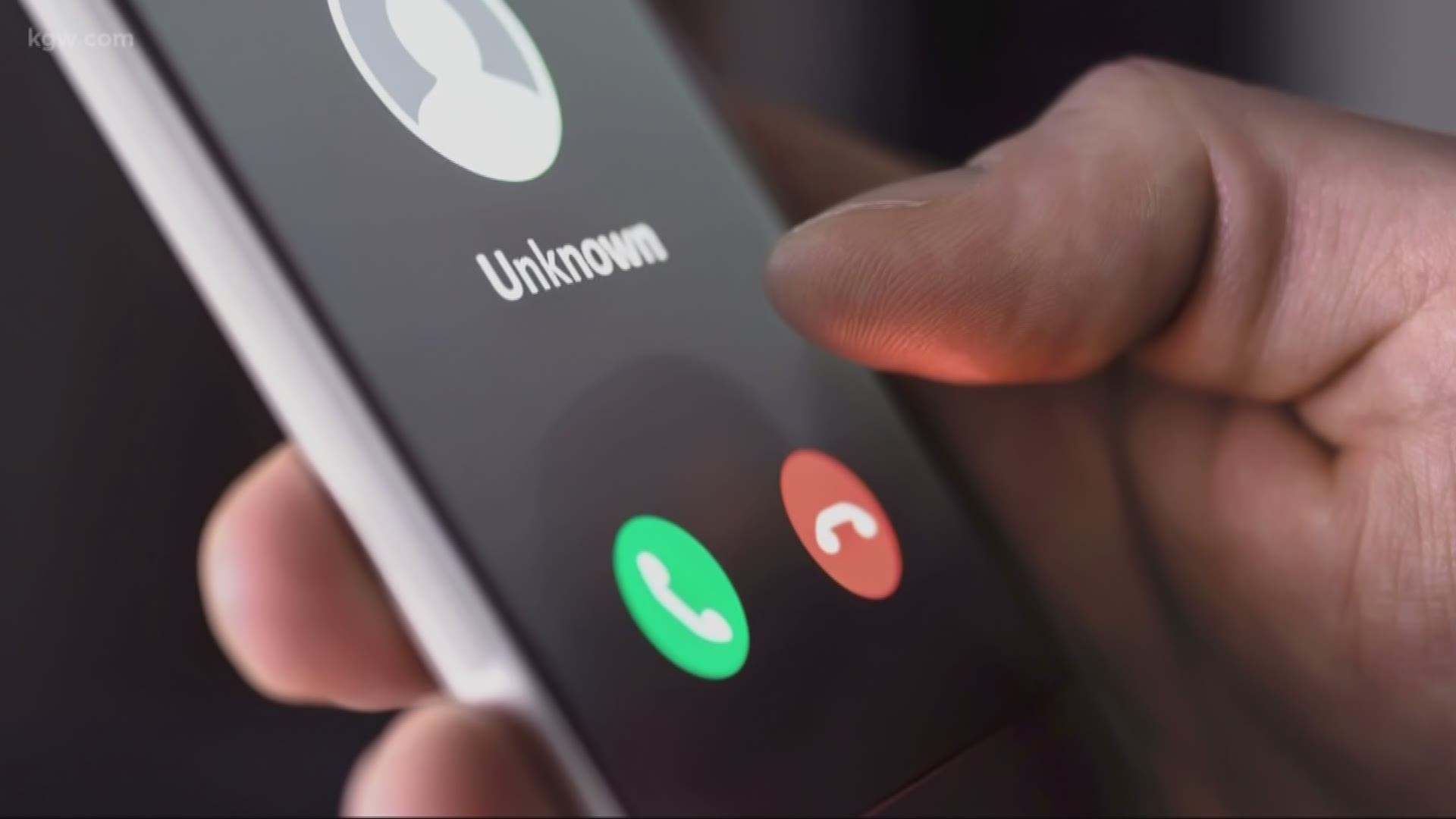 PORTLAND, Ore. — A month after Oregon’s Governor enacted a statewide stay-at-home order, closing down businesses and shuttering schools for the rest of the year, the campaign pushing a $250 million homeless services tax made a splashy, personality-driven announcement to get the attention of Metro-area voters ahead of the May elections.

“I endorse it, and I support everything that I believe in. I try to walk like a giant. I'm not interested in being a shriveling invertebrate,” said the 6’11” Walton, sitting in front of a superimposed montage of Oregon scenery, which he calls the ‘Mural of Life’.

A Blazers fan-favorite and colorful member of the 1977 championship team, the 67-year-old spoke to KGW via Zoom Wednesday from his San Diego home where he and his wife have been sheltering in place amid the COVID-19 pandemic.

But his heart, he said, has been in Portland all along.

“I love Oregon, and I love Portland. And Portland gave me just such an incredible experience, the time of my life, but also a springboard to a much bigger and larger platform,” Walton said. “The homeless services initiative impacts all of us. Yes, homelessness impacts those who are homeless, but it also impacts everybody else.”

It would also place a separate 1% tax on businesses that generate more than $5 million a year in revenue.

Metro officials estimate the measure would bring in an annual $250 million to be spent on things like addiction and mental health services, employment support and rent assistance.

A recent poll conducted by the group behind it, HereTogether Oregon, suggested a majority of voters across Multnomah, Clackamas and Washington Counties would support the tax, but the measure is facing legal pushback from two big business groups, including the Northwest Grocery Association.

“Retail sales are down. Small businesses are boarding up, and they're saying ‘Too bad for you. We're going to tax you now,’” said President Joe Gilliam in an interview last week.

But that somewhat predictable pushback isn’t the biggest hurdle HereTogether Oregon, or any other campaign for that matter, is facing.

And it’s not the reason they’re bringing a larger-than-life personality like Walton on board.

They’re doing it because, with less than a month to go until the May 19th primary, most of their old campaigning standbys are currently off-limits.

POLITICS AMID A PANDEMIC

“There is nothing in the digital world that replaces that human interaction,” said Jillian Schoene, via Zoom Wednesday.

The executive director of Emerge Oregon, a non-profit that recruits progressive female candidates to run for office, has been working in the local election scene for ten years.

The most effective tactic?

“Door-to-door canvassing, going up to any person's door in any neighborhood, given it a knock and saying ‘Hi. You know, my name is Jillian, and I'm running for Mayor. I would love to share some information with you about why,’” Schoene said. “Now, that said, the COVID-19 pandemic doesn't allow for that, and that is a big deal.”

It's a big deal, with no clear resolution in sight.

“Certainly, none of us have done this,” said Rebecca Tweed of Tweed Strategies. “No consultants, no campaign managers have ever run a campaign and in a global pandemic.”

In fifteen years, Tweed has worked on close to fifty Oregon campaigns, most of them conservative, including Knute Buehler’s recent failed Gubernatorial run and the successful campaign to defeat Measure 97.

In an interview Wednesday, she said her clients set to appear on the May ballot are trying to adjust.

“[Typically] the candidate has two jobs, really, which is to raise money and meet people,” she said. “And those two specific tasks are very difficult to do in a stay-at-home order where we're not allowed to have events… So, that's a little bit shocking to the system.“

Tweed added the shock is all the stronger given the timing. Oregon’s stay-at-home order knocked out campaign activities for the ever-crucial last two months leading up to the election.

“I literally had candidates that had kickoffs the day after the state-home measure went into effect, and we had to cancel it,” she said. “Door-to-door and grassroots and just all of that voter contact these two months before the primary… that's your key time.”

So, what are candidates doing to make up for the lost time and lost facetime?

“Candidates have turned back to the phones. It was a very old technology,” she said laughing. “And the response from people has been overwhelmingly positive. It's been very uplifting for candidates. They were having meaningful conversations. And those, the voters that they're talking to, who have had a candidate come to their doorstep do acknowledge like, ‘Wow, I really wish you could come to my doorstep, but I'm so happy that you gave me a phone call.’”

In the case of HereTogether Oregon, they’ve also turned to physical campaign signs, which are being delivered contact-free. In other words, people requested the sign online, entered their address and gave permission for a team-member to stick the sign in their front yard.

“So this weekend we have an army of volunteers doing it all socially distance, but showing up, grabbing their packet of lawn signs and putting them out across the region,” said interim executive director Angela Martin, adding the group has already logged requests for 2,000 signs. “We're probably gonna have to order more. That has never happened to me.”

The pandemic’s socially distant requirements have also forced campaigns to flex, and in some cases start to develop their social media muscles.

The shift has proved all the more impactful, Tweed said, given that their audience is largely home, captive and craving something to focus on.

“Two of my clients represent Eastern Oregon. They represent about 36% of the state geographically,” she said, adding she didn’t want to disclose which candidates she’s currently advising. “We held a [virtual] town hall two weeks ago and had over 150 people participate. That would never have happened in person. Like there's physically, logistically no way to get that many people from all of those counties in those districts to show up to one event for one hour.”

The pivot to digital platforms is perhaps best exemplified by Portland’s recent and remote Mayoral and City Council debates, streamed live on YouTube by the City Club.

The Mayoral debate, for example, has garnered 2,700+ views since late March.

‘WE’LL BE LOOKING AT HOW PEOPLE SHOW UP’

If the best way to make up for lost in-person contact is a big uncertainty amid Oregon politics today, the impact the pandemic will have on overall voter turnout is a monumental one.

There are the old clichés when it comes to how overall interest plays into demographics, said KGW political analyst Len Bergstein

“Smart campaigns are trying to figure out who's gonna likely show-up and then they aim their campaign at those voting groups to try and generate more voters in the abstract,” Bergstein said. “The more voters who show up, the more you're going to get younger voters, more minority voters, more women voters. The more contracted the vote is though... The demographics kind of skew in the other direction, more white, more male and more and older.

And of course, there is the great silver lining in Oregon politics: mail-in voting, which this year, comes with one fewer hurdle.

“It's never been easier for Oregonians to vote. We not only have vote-by-mail, but we also have postage with it, which the legislature voted for so that people really have the least barriers the possible,” Bergstein said, referring to a new state law signed by Governor Brown in August 2019.

RELATED: Oregon will pick up postage costs for mail-in ballots

The May election will be the first in Oregon’s history where voters don’t have to pay for postage when they mail in their ballots.

Campaigns and candidates are hopeful that change, combined with the traditional enthusiasm of a presidential election year, will give them a boost.

In 2016, the last presidential election year, a record 1.2 million Oregonians, close to 54% of the states registered voters, cast their ballots in the May primary.

Party leaders say, either despite the pandemic or because of it, interest among volunteers is high.

“We have 1,166 county neighborhood volunteers working on voter turnout for this coming election, plus well over 1,000 other volunteers doing everything from calling voters to check in around COVID to engaging in online activism to helping with data entry,” said Molly Woon, deputy director for the Democratic Party of Oregon. “After Trump was elected we had to bring on staff and find larger meeting locations because there were so many new people showing up to volunteer for the Democratic Party.”

A representative from the Oregon GOP had yet to provide numbers as of Wednesday night. This story will be updated with that information.

Whether volunteer-interest translates to voter participation remains to be seen, especially amid a global pandemic.

“I think we're going to be talking about this after this election because it's so unprecedented,” said Bergstein. “We'll be looking at how people show up.”

‘THIS ISN’T A CAMPAIGN, IT’S A CULTURAL MOVEMENT’

In the month they have left, campaigns aren’t just pivoting their methods of delivering their message. They’re tailoring the message itself.

At least that’s the case for HereTogether Oregon, which landed on the group’s very name more than a year ago, well before consultants could predict how appropriately it would play into common refrains used to keep spirits high in the face of COVID-19.

Jillian Schoene agreed unity is a driving factor, as is tapping into the personal responsibility Oregonians are employing right now by staying home.

“I've been trying to release some videos and get our candidates to echo a message around, you know, ‘We're staying home to take care of our health. Please don't forget to take care of our democracy because we are spoiled here in Oregon where we've had vote by mail for 20 years,’” she said.

Rebecca Tweed isn’t so quick to shift strategies, especially now that the initial shock of social distancing is wearing off.

“When this all became a reality for us, the optics of campaigning were difficult… You can't campaign when people are afraid. You can't fundraise when folks are trying to figure out if they're going back to work or not,” she said. “But for the most part, campaigns should be sticking to the plans they originally had. You still will have direct mail. You'll still have advertising. You’ll still need third-party supporters to endorse you. You still need to be talking to your newspapers… I think smart strategists will continue the plans that they had and just need to do it quicker and a little bit more intense in this last month before the primary.”

During his interview Wednesday, Walton tied his backing of the homeless services tax back to his days entertaining Portlanders on the court.

“I was not the kind of basketball player who walked up or said, ‘Well, maybe the ball will come my way today.’ No, man, I'm going for it.” Walton said. “And never forget that voting, that is the greatest form of patriotism that there is.”

RELATED: What's on the Multnomah County ballot in May 2020? 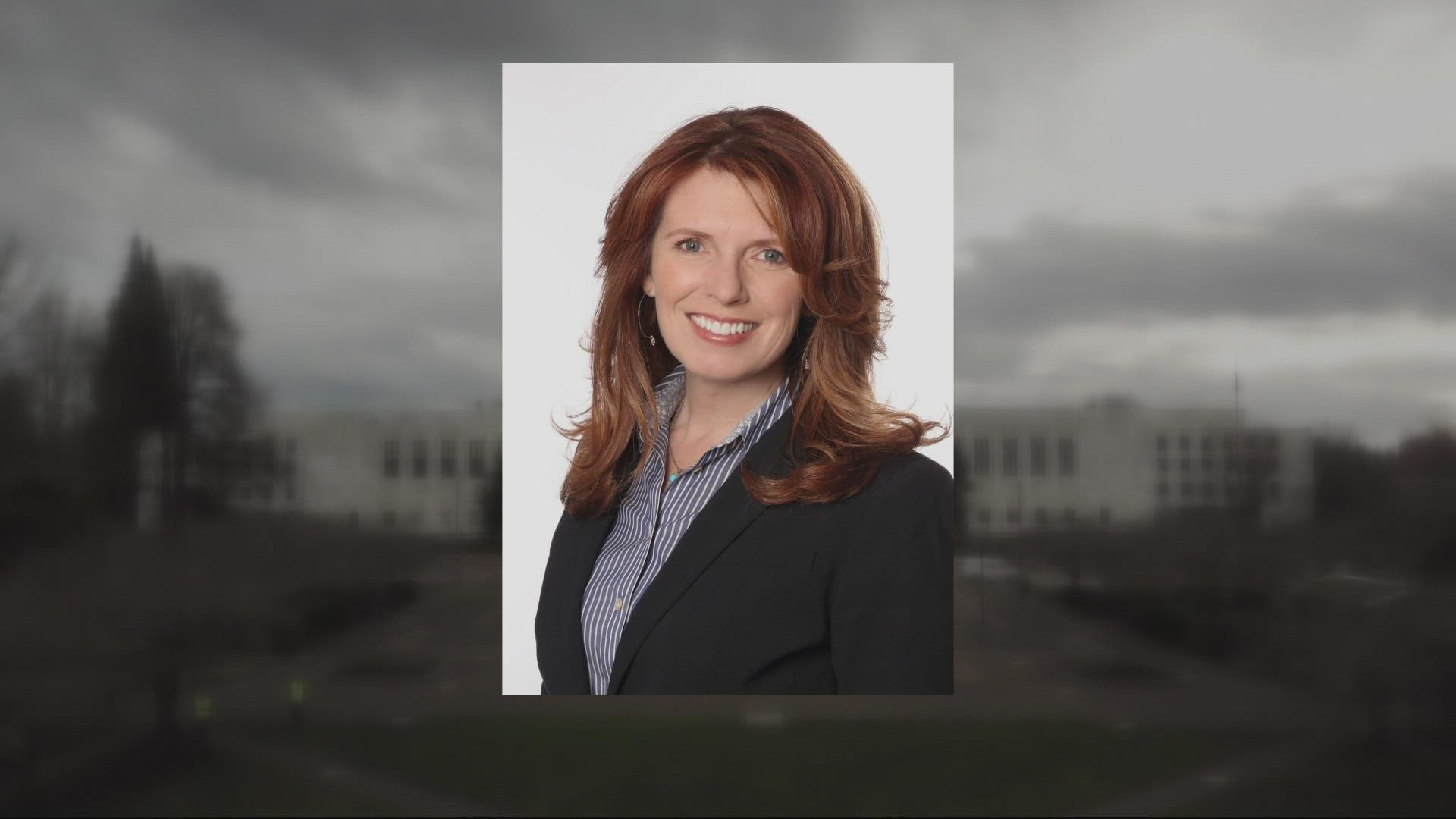