VERIFY: There's no 'Antifa Camp' in the city of Portland

County officials said a YouTube video labeled "Antifa camp" is actually a temporary homeless shelter set up because of the pandemic, before the protests started. 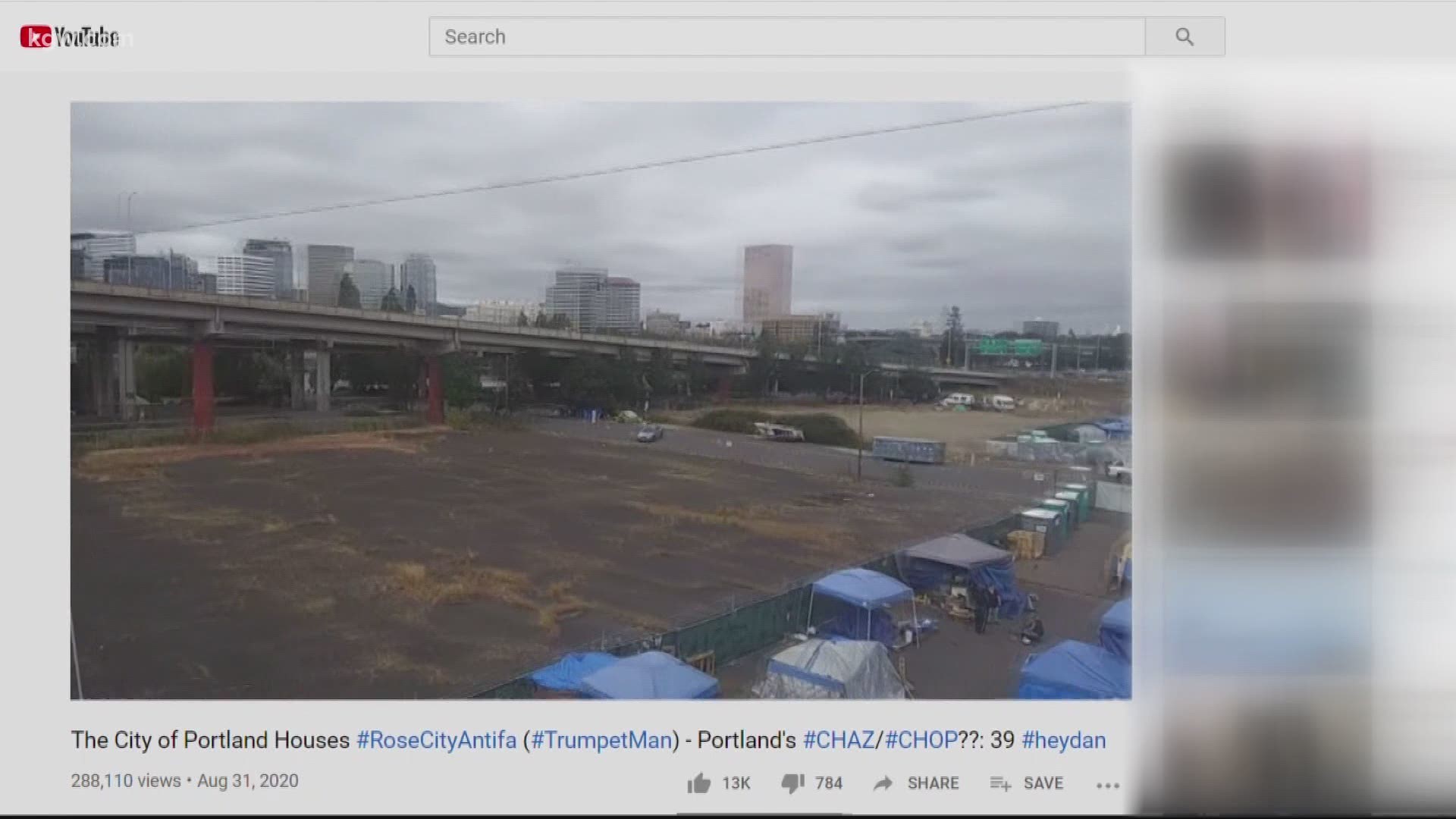 PORTLAND, Ore. — A video posted to YouTube claims the city of Portland has set up a camp to "house rioters."

The video titled "Portland houses Rose City Antifa" was uploaded on August 31, 2020, and has been viewed hundreds of thousands of times. It was picked up by several right-wing websites.

KGW can VERIFY it's actually temporary housing for homeless people set up in April, before the protests even started.

Several nonprofits including StreetRoots and Join have put out statements debunking the video.

"No, this is not an Antifa camp. This is a COVID-19 camp," said Denis Theriault of the Portland, Multnomah County Joint Office of Homeless Services.

Theriault said the tents were set up in April for people experiencing homelessness who did not have a safe place to be during the stay-at-home order.

He said more than 145 people are living in the temporary shelter right now.

"So, these camps were started for that reason. And they're still operating because we are still in the pandemic," said Theriault.

The campsites are in two empty lots, just east of the Hawthorne Bridge.

"This is a camp right out in the open, covered in the news. You know, we spent a lot of time putting it out there. It's very visible and has been open since well before the protests over George Lloyd's murder," said Theriault.

KGW can Verify, claims that the blue tents in Southeast Portland are a secret "Antifa camp" paid for by the city of Portland are false.

Do you have something you want us to verify? Let us know. Email us at verify@kgw.com

VERIFY: Who takes over if Portland Mayor Ted Wheeler resigns?