'This is just mindless violence': US Attorney for Oregon critical of response to protests by local leaders

The Mark O. Hatfield Federal Courthouse has sustained more than $50,000 in damage from graffiti, fires and vandalism, according to federal prosecutors. 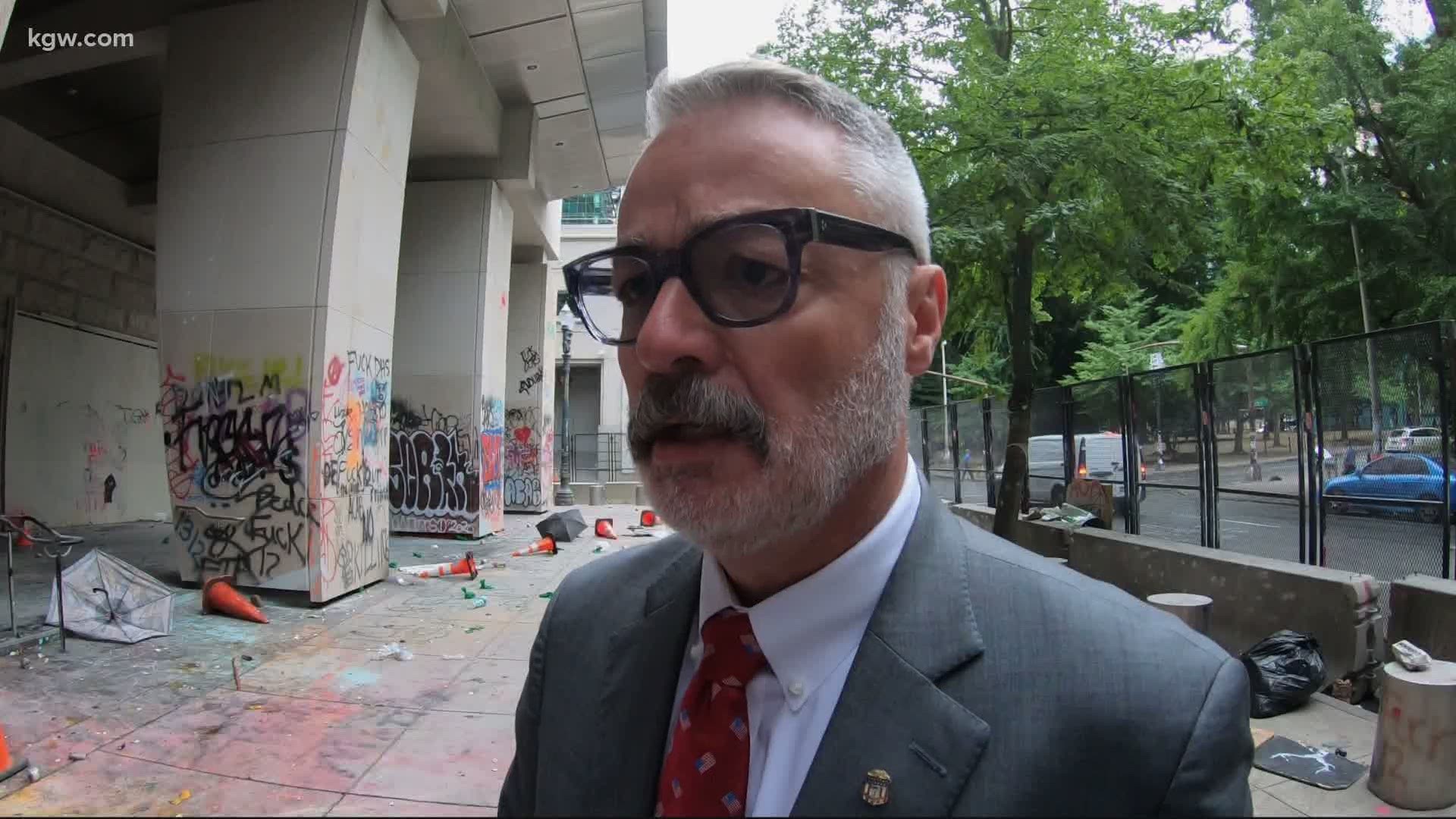 PORTLAND, Ore. — The top federal prosecutor in Oregon lashed out against city and community leaders for not taking control of nightly protests in downtown Portland.

“This is just mindless violence and anyone who defends the violence is enabling this to continue,” said Billy Williams, U.S. Attorney for Oregon.

Williams spoke with reporters outside the federal courthouse on Friday.

“Look around. Do you think it’s OK? Is there any justification for this?” Williams asked. “Portland is losing its soul right now.”

In court papers, federal prosecutors have suggested the Mark O.Hatfield Federal Courthouse has sustained more than $50,000 in damage from graffiti, fires and vandalism.

Williams complained the media has mischaracterized the nightly clashes between protesters and federal officers which has resulted in injuries to both sides.

“What I’m telling you is you seem to refuse to call something ‘late night activity’ that is criminal,” Williams scolded reporters.

“I wish that Donald Trump was attacking the coronavirus half as hard as his is attacking our city,” said Sen. Ron Wyden, D-Oregon.

A pair of federal watchdogs have launched investigations into the authority and conduct of federal officers.

“They’re not out on the streets, OK,” Williams said.

A reporter responded by explaining video illustrated how federal officers took position on city streets a block away from any federal building on Thursday night.

“So, we can review what took them out there,” responded Williams.