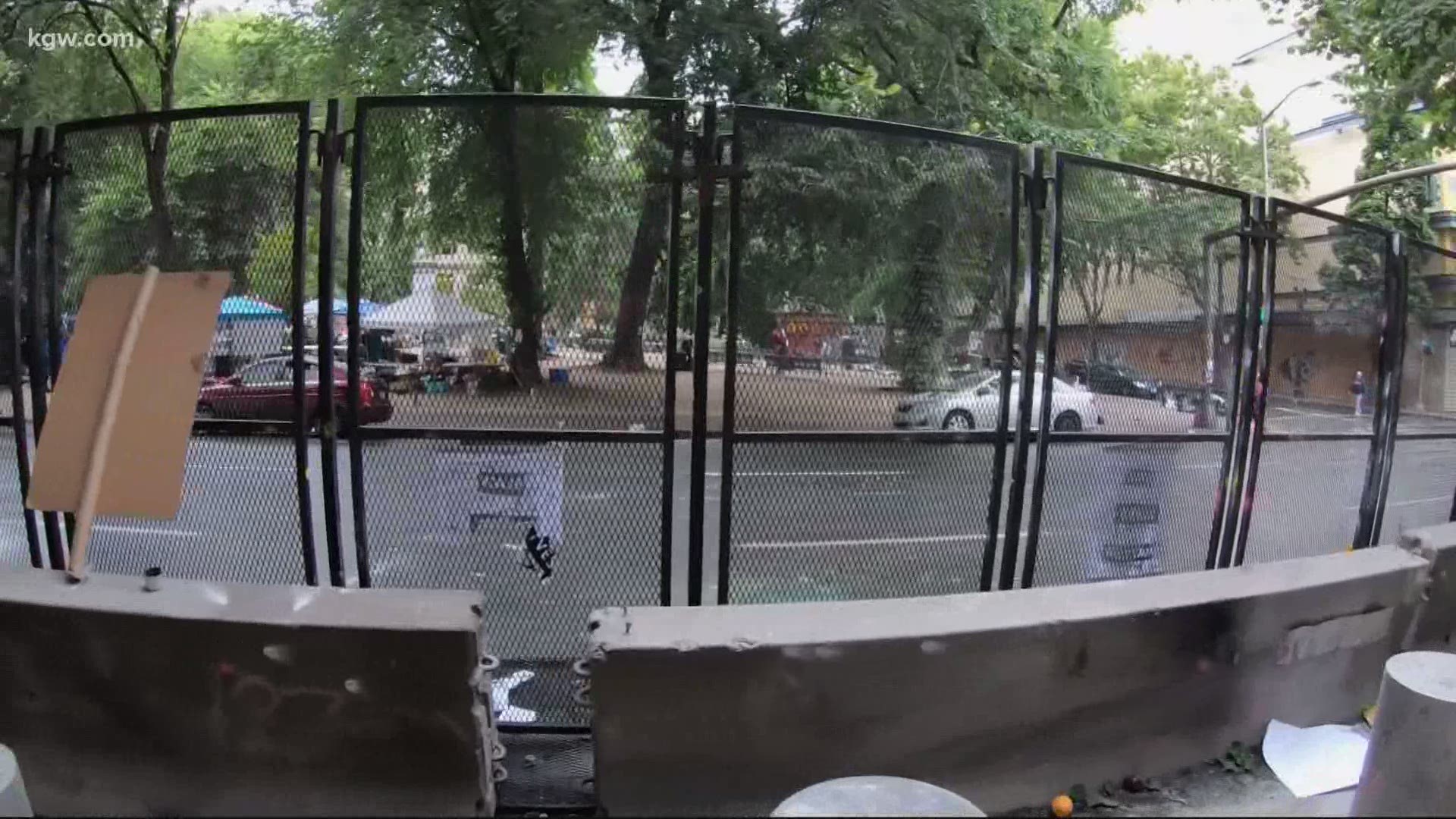 PORTLAND, Ore — U.S. Attorney Billy J. Williams on Friday announced 18 people have been arrested on federal charges for their alleged roles in the violence at the federal courthouse in downtown Portland this week.

In late May, large groups of people started gathering each night in downtown Portland to honor the life of George Floyd and other black Americans killed by law enforcement, and to call for an end to systemic racism in law enforcement.

Those nonviolent protests were followed later by smaller groups of people gathering outside the courthouse and the Multnomah County Justice Center. According to the U.S. Attorney's Office, some of these people assaulted federal officers, destroyed property and engaged in arson and vandalism.

“U.S. Marshals Service deputies and officers from the Federal Protective Service, Homeland Security Investigations, and U.S. Customs and Border Protection working to protect the courthouse have been subjected to nightly threats and assaults from demonstrators while performing their duties,” said a news release from U.S. Attorney’s Office.

Raw video: Inside the fence surrounding the federal courthouse in downtown Portland

Members of the media were allowed to tour the courthouse on Friday.

Williams said anyone who defends the destruction is only enabling it.

"Blaming federal agents for protecting federal property is an easy out for people who want to politicize this," said Williams. "You have to ask the community how long they are willing to tolerate this mindless violence."

Meanwhile, the Justice Department and Homeland Security Offices of Inspector General opened investigations into the conduct of federal officers during the protests following complaints from the public and Congress.

“Gassing, assaulting, batoning on the streets of our city. Not here. Not allowed and we will put an end to it,” said Sen. Jeff Merkley, D-Oregon, on the Senate floor Thursday.

Merkley and other members of Oregon’s congressional delegation sent a letter formally requesting the investigations.

The following people were arrested this week in downtown Portland: