'The message has to be central that Black lives matter’: NAACP leader on focus of Portland protests

E.D. Mondainé recently wrote an opinion article in the Washington Post that called the protests in downtown a spectacle. But he said white allies are critical. 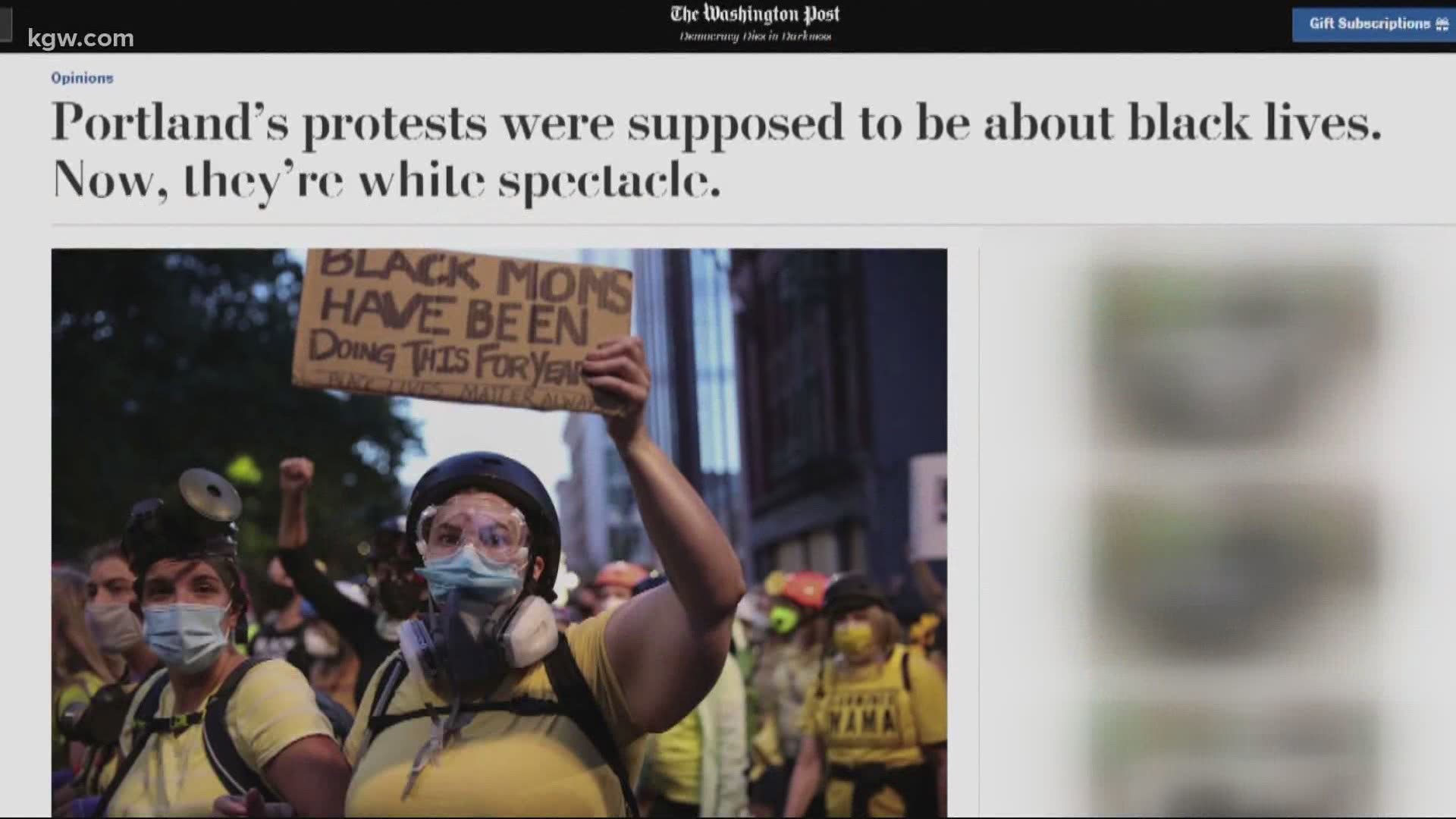 PORTLAND, Oregon — Pastor and NAACP Portland President E.D. Mondainé struck a conciliatory tone as he spoke to KGW on Monday from the living room of his home.

Mondainé said he's had plenty of support for his opinion piece in the Washington Post earlier this month, where he wrote that the protests in downtown have lost their focus.

“I think we need to remember at all costs the message has to be central that Black lives matter, and not only that but how do they matter and what can do we do in terms of coming to their aid,” said Mondainé.

The Black community leader feels the fireworks, federal officers and other distractions are not helping the Black Lives Matter movement.

“It’s turning this spectacular moment of a revolution, into a spectacle,” said Mondainé.

There are a variety of protests happening in Portland. One demonstration happened outside of downtown Sunday evening. The crowd marched to honor civil rights leaders Congressman John Lewis, and the Reverend C.T. Vivian, who recently passed away. Organizer Ragina Gray believes their neighborhood gathering and what's happening downtown is good.

“I believe we need all forms of protest. Protest doesn't work unless it is disruptive and costs the city money. We're coming here, we're making noise in people's neighborhoods, we're disrupting people's businesses, we're calling people out of their houses, we're waking them up at night," Gray said.

Dr. Shirley A. Jackson is a Black studies professor at Portland State University. She feels Mondainé 's op-ed in the Post is on target.

“And I'm going to use the word that many, many people in the Black community are using is that it seems that the movement that originally existed has been hijacked,” said Jackson.

As for the local leader of the NAACP, he feels some misunderstood his message, to the thousands of mostly white, mostly peaceful protesters, filling downtown.

WATCH: Is the Black Lives Matter movement in Portland getting lost in chaotic protests?