The owner of Kee's Loaded Kitchen says they are serving 300-400 free meals on Fridays and Saturdays. 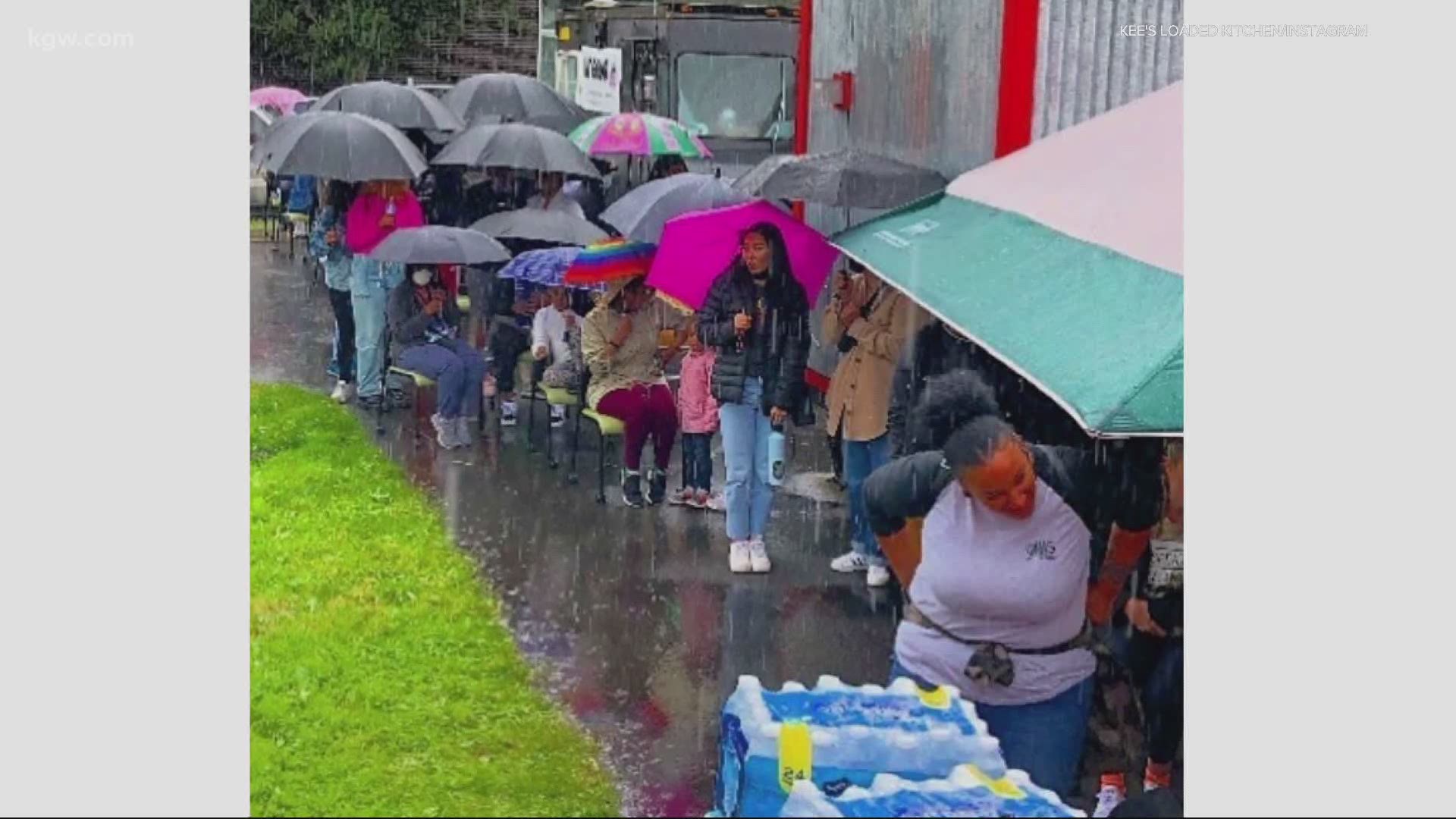 PORTLAND, Ore — Kiauna Nelson is the owner of Kee's Loaded Kitchen, which has been near the intersection of Northeast Martin Luther King Boulevard and Beech Street for more than four years. Her restaurant serves comfort food. Giant portions of it.

"First of all, I like to eat a lot," Nelson said, "I wanted to get something that I couldn't go get, which is a big plate of food that includes dessert and a drink and fresh baked bread."

RELATED: Black-owned businesses in Portland getting support during difficult times

Nelson says the pandemic hasn't slowed her down. In fact, business has been steady.

At the end of May, on the first weekend of protests in Portland, activist and former mayoral candidate Teressa Raiford contacted Nelson and wanted to help out. She made a $1,000 donation to Kee's and asked her to feed black protesters.

They called it, "Feeding Black Portland"

Raiford's donation covered a $25 discount for 40 protesters. Meals at Kee's Loaded Kitchen cost anywhere from $25-$50 and feed a small family.

"Once we had that happen, people from the community started to donate," Nelson said more donations poured in.

With the new wave of donations coming in, Nelson opened up the free food to any and all protesters or those that supported Black Lives Matter and stand up against police brutality.

"I decided it would be for all protesters. Black, white, whatever religion or creed you are."

RELATED: 'It's about time you stood up for us': Black community in Portland weighs in on unrest transpiring

Every Friday and Saturday starting at 1 p.m., a line forms around the block.

"Now the line is up to, honestly four blocks long. We're getting donations like, people are bringing us cases of water. People are offering to help with dessert."

Nelson says she's giving out 300-400 boxes of food on both nights, and what used to take two to three hours the first weekend now takes her twice as long.

"I'm in there, right now, five or six hours. We're producing a lot more food. It's pretty tough," she said. "It's beautiful, it's worth it."