'It's about time you stood up for us': Black community in Portland weighs in on unrest transpiring

KGW spoke with people in the African American community who generally feel peaceful protests alone aren't enough to get their message across and to evoke change. 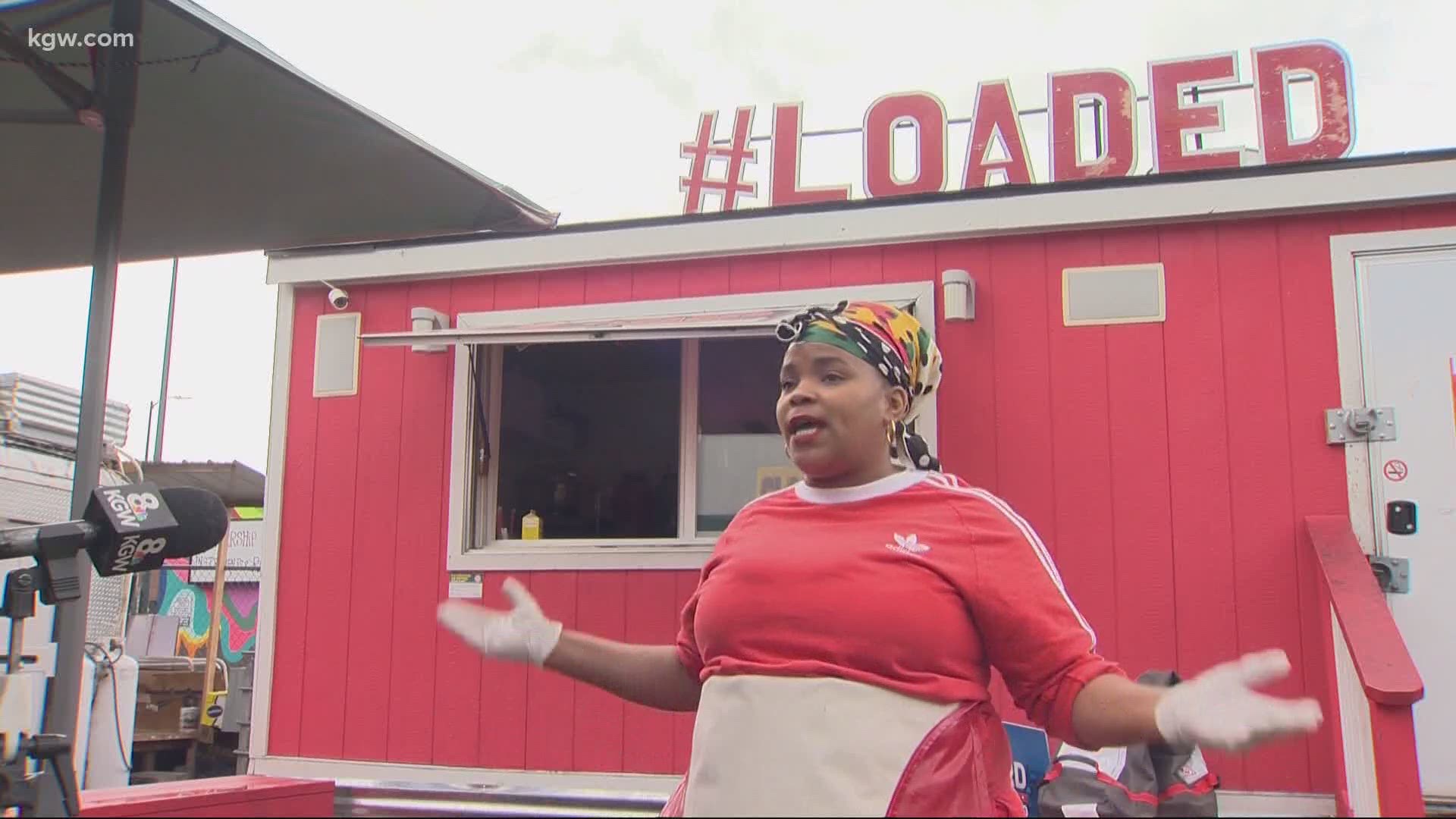 PORTLAND, Ore — Outrage over systemic injustices and racism deeply rooted in our society are boiling over.

African Americans and people of all colors and backgrounds are taking to the streets in cities across the country, peacefully protesting the death of George Floyd at the hands of Minneapolis police.

But as we've seen - including here in Portland - many feel that, alone, is not enough to get their message across and to evoke change.

KGW caught up with African American business owners and young people in North and Northeast Portland on Sunday to get their feelings on the unrest transpiring here and around the nation.

Perspectives are as diverse as each individual we talked to.

“It’s always been a difficult time being black in America,” said Khiry Williams, who lives in Portland. “They haven't felt heard at all. It's the only way they're getting their attention and maybe somebody will listen this time. If not, don't be surprised if things get out of control even more.”

“Stop killing us. Stop murdering us,” Nelson said. “If we keep walking up and down this street saying, ‘No peace, no justice, no peace’ without no action we are going to get the same continuous reactions. So it is what it is. A new generation is out here not playing no games.”

A young woman we spoke to, who chose to remain anonymous, says it strikes a cord with her every time a black person dies in a law enforcement-related incident because it could have been her or her family.

She says they can’t sit back and let the killing continue any longer.

“I'd rather it be peaceful but what is going to enforce change?” she said. “Why do we have to prove our humanity? We can think, we can act, we can talk the same as you. We can put on our drawers the same as the next person. I don't understand why we're not being seen as that, why we have to fight so hard to be seen as that. It's not fair."

“If we just come together and unite as one and continue to push for change we can make something happen. But I know it's going to take a lot of work. Because we’ve been working at this for a very long time," she said through tears.

The death of George Floyd at the hands of Minneapolis police is one of countless injustices against black people in America.

Naime Overton, a student at Grant High School, told us this incident added to her and her friends' and family's anger and made everyone more fed up. The community is sick and tired of being sick and tired.

Portland's African American community doesn't want to see anyone hurt or small businesses, already struggling due to the COVID-19 pandemic, broken into or looted during the riots.

Some people we spoke with don’t support the destruction, but support the cause behind the action; windows and buildings can be fixed, but you can’t bring back a human life. If people are more upset over Target getting destroyed than an unarmed black man’s life being taken, they said that's an issue.

“I don't want no one's businesses destroyed or anything. But it's happened way too often where people want their voice heard and they want it heard now,” Word is Bond intern Ja’Mari Etherly said.

Looking out across the crowds, many rioters aren’t black. African American community members, like Nelson, are proud of their allies standing up for something they believe in.

“First of all, it’s about time you stood up for us. We been standing up for all y’all our whole life,” Nelson said.

Unfortunately, a portion of those causing the chaos aren't there for the right reasons and just join in to wreak havoc. But the community doesn't want that to overshadow the message they need elevated.

“Hopefully this is a springboard to change the system from the inside out,” Williams added. "It's terrible that we’re still revisiting these things and still trying to get our voices heard. Hopefully the change will come really soon. If not, action is going to continue to take place."

Along with Downtown Portland, rioters took over some streets in the Lloyd District Saturday night, busting the windows of several businesses. Portland police declared an unlawful assembly and ordered everyone to leave. The crowd dispersed around 2 a.m.

The Portland chapter of the NAACP has offices in the Lloyd Center, as do many other minority-owned businesses. Portland's NAACP president told KGW he understands people's pain and anger, but said destroying and looting aren't the answer.

RELATED: Watch Live: Day 3 of protests in Portland over death of George Floyd