Sunday marks day 60 of demonstrations in Portland. But the mission of the Black Lives Matter movement is being lost in the crowds and chaos. 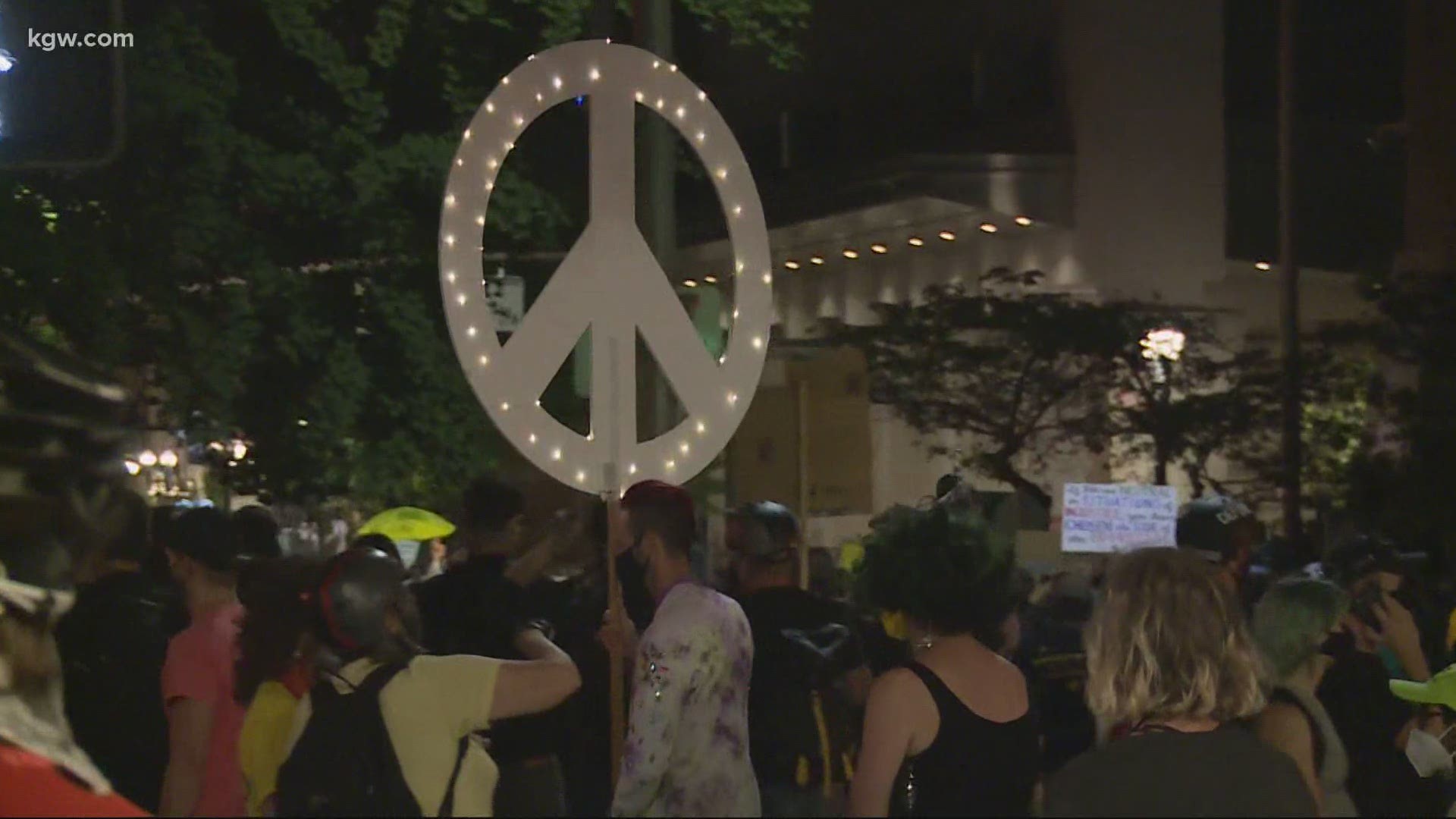 PORTLAND, Oregon — Sunday marked day 60 of demonstrations in Portland. Some say the mission of the Black Lives Matter movement is being lost in the crowds and chaos.

And that is increasingly frustrating for members of the African American community, according to a professor of Black Studies at Portland State University.

“I’m going to use the word that many, many people in the Black community are using, is that it seems that the movement that originally existed has been hijacked", said Dr. Shirley Jackson.

Protests began 60 days ago, in response to the police killing of George Floyd in Minneapolis, and other black people across the country.

Jackson believes the call for tangible change to end systemic racism is being lost.

“It’s almost as though the African American community has become forgotten in large part, and the people who have now taken center stage may not be aware of their own privilege in directing this movement into something that was not intended," Jackson said. "And there is the real fear that this is going to have a backlash to not only how people look at the Black Lives Matter movement but how they look at Portland.”

The protests now include thousands of mostly white people, standing against federal officers on the streets of Portland. Many would argue that’s a worthy cause too.

But Jackson is asking the white community to refocus on the original goal.

“I would actually say at this point, keep trying to draw attention to the fact that there was a particular protest that was the Black Lives Matter protest, that was the focus initially.”

RELATED: Voices from the nightly protests in Portland

RELATED: Here's what happened at the protests in Portland this week

RELATED: 60 people have been arrested or detained near or at federal courthouse since July