Assistant Attorney General of Oregon Craig Gabriel and a spokesperson for the Department of Homeland Security gave a news conference on Saturday. 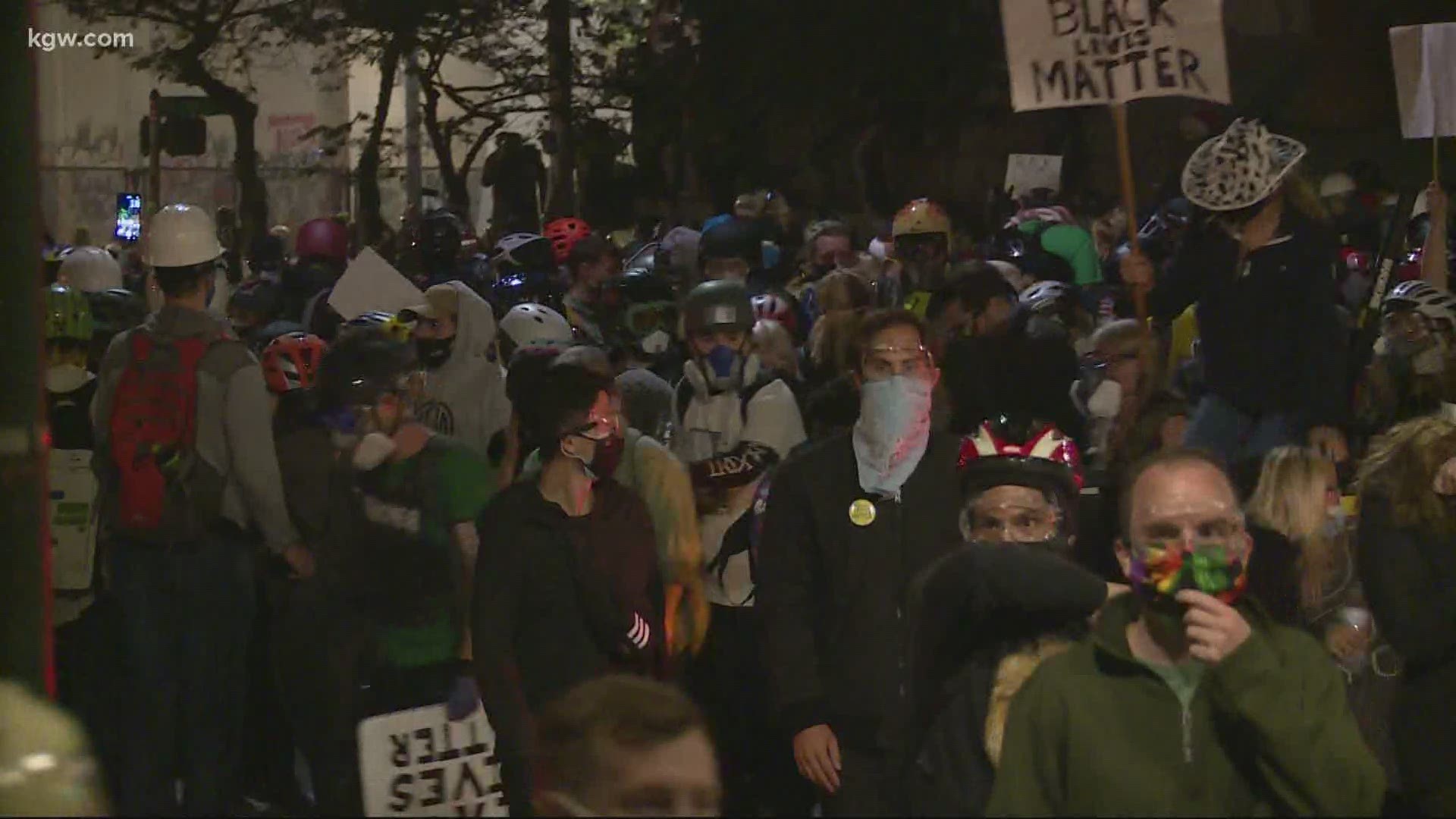 PORTLAND, Ore. — In a news conference with Assistant Attorney General of Oregon Craig Gabriel and The Department of Homeland Security gave an overview for the past couple nights of protests, as well as a break down of the number of people who have been arrested or detained since early July.

Gabriel said that 60 people had been arrested or detained since early July. He said his office currently has 46 charges pending including 30 misdemeanors, 8 felonies and 8 violation citations. He said the charges ranged from assaulting a federal officer to arson to willfully damaging the courthouse.

"We are aware that we are in the midst of historic civil unrest due to a generation of racial injustice. The tragic murder of George Floyd by a Minneapolis police officer, economic hardship and a global pandemic. People are angry," said Gabriel. "We have to condemn the ongoing violence against police officers and federal property."

He said his office supports the rights of demonstrators to gather peacefully.

"It’s not a controversial statement to say we need change in law enforcement," said Gabriel. He also said his office is committed to deescalating the situation.

However, when asked how his office was de-escalating situations between federal officers and protesters, he said the cause of the conflict was protesters coming to the fence and trying to set it on fire, topple it, climb over it and throw projectiles through and over it at federal officers.

DHS gave a timeline of events from Friday night's protests and did not answer questions. The spokesperson did say that demonstrators attempted to drive a car into the fence around the federal courthouse and attempted to set fire to it.

"If protestors don’t seek to damage or destroy the fence then the officers have no need to go outside the fence or leave federal property," said Gabriel.

RELATED: Voices from the nightly protests in Portland