'This is our time to come together': Portlanders react to Chauvin verdict

Hours after ex-police officer Derek Chauvin was convicted in the murder of George Floyd, many Portlanders expressed relief. Others focused on the road ahead. 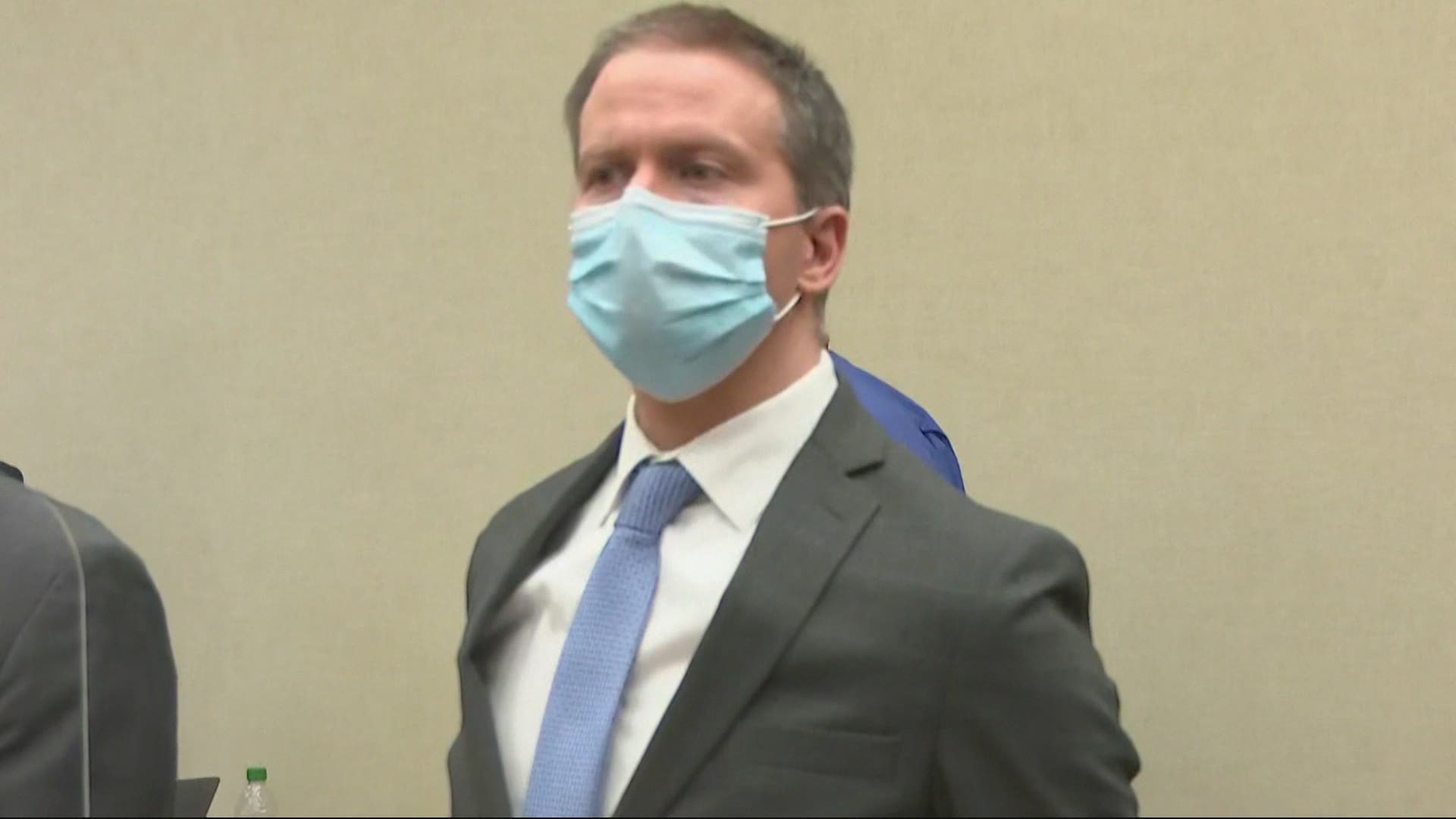 PORTLAND, Ore. — Portlanders are reacting to the verdict in the Derek Chauvin trial.

On Tuesday, a jury found the ex-Minneapolis police officer guilty of second-degree murder, third-degree murder and manslaughter in the death of George Floyd. Local activists, religious leaders and city residents shared their thoughts.

"Definitely the first feeling is relief," said Candace Avalos of the Black Millennial Movement, allowing herself to celebrate the moment. "The work towards justice is exhausting, and if we don't take a moment to pause and say this was done right, it was a step forward, we won't have the energy to look down the line and realize how much more work there is," Avalos said.

A "mountaintop experience" is how Rev. Dr. J.W. Matt Hennessee of Vancouver First Baptist Church describes the verdict in the Derek Chauvin trial.

Dr. C.T. Wells of Emmanuel Temple Church said, "This is not a moment of jubilation because we recognize the work is not finished."

Avalos expressed that she could not agree more. Onward is her motto.

"I feel there's a lot of energy I'm still carrying around and a lot of desire for justice, that I'm not going to sleep better until I see bigger progress," she said. "Just one trial isn't enough to help me sleep better."

Portland City Commissioner Jo Ann Hardesty released a statement on Twitter saying that Tuesday was a rare day where the country finally saw a degree of accountability for police violence. Hardesty hopes this moment elevates the need to transform a broken system.

At Irving Park in Northeast Portland, people seemed relieved about the murder.

“It feels good that justice was served for George Floyd,” said K.C. “I just feel like there's still more work to do — Black Lives Matter — you feelin’ me?”

“Justice was going to be served, you know?” said Baker. “I think it was just time for change, just setting an example for future officers that everybody's the same, you know?"

Others were more concerned in the moments leading up to the verdict.

In the end, the jury called it murder.

“I thought, good, I'm glad and it was to be expected,” said Allegra White. “It should be expected to receive those repercussions for murdering someone.”

The verdict came nearly 11 months after George Floyd's murder. It was a year filled with protests and demands for police accountability and the end of systemic racism. It also brought riots and destruction. Baker said he hoped Tuesday would mark the start of a new chapter.

RELATED: VERIFY: What's next for sentencing of Derek Chauvin, and what the maximum penalty could be