Wheeler needs to finish with more than 50% of the vote in order to win a second term outright in the primary. 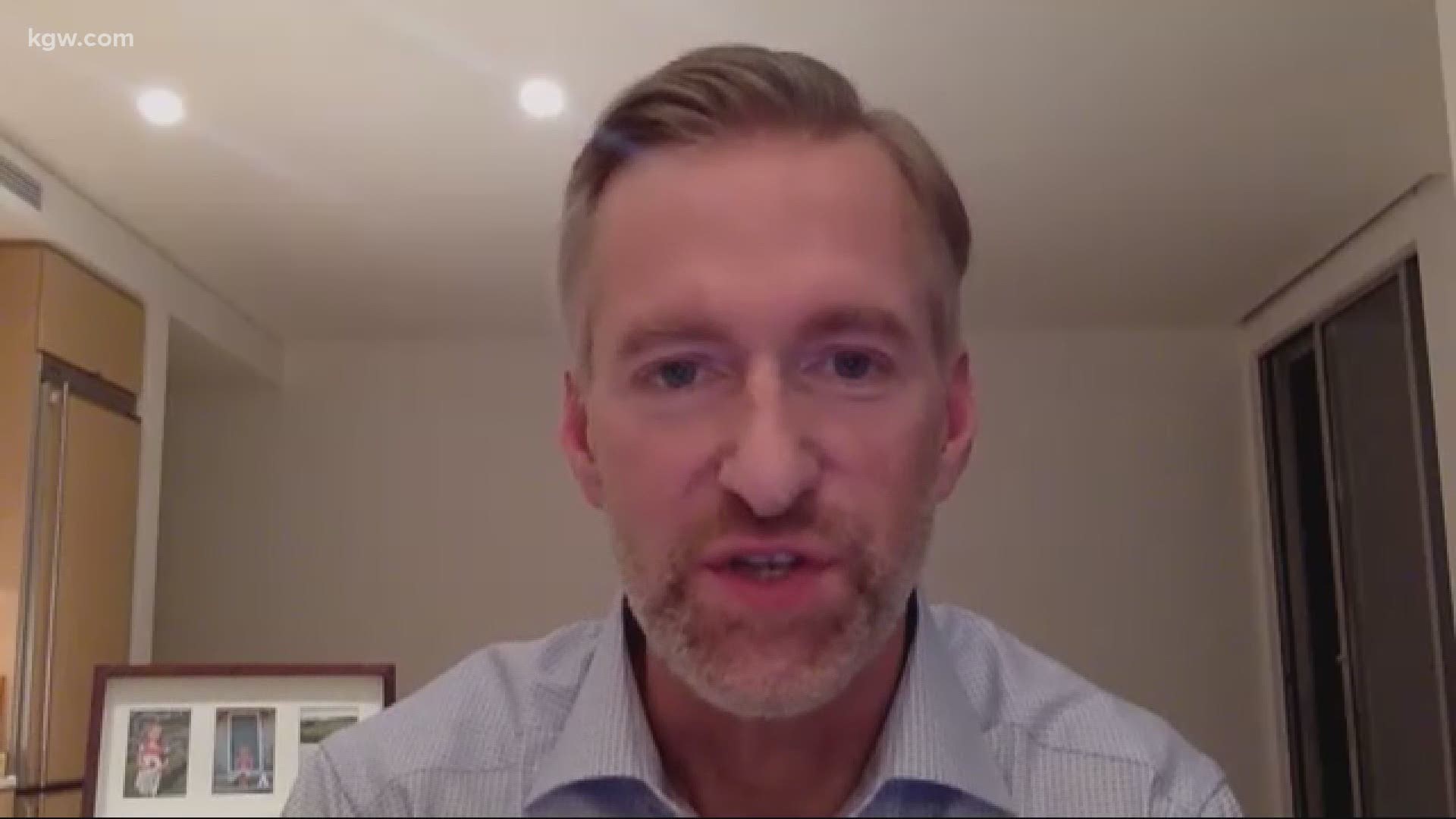 PORTLAND, Ore. — Portland Mayor Ted Wheeler still has a big lead as of Wednesday evening, but it remains unclear if he'll finish with the support needed to win a second term in the primary election.

Wheeler needs to finish with more than 50% of the vote in order to win a second term outright. If he wins, he will become Portland's first two-term mayor in 15 years.

If he doesn't finish over 50%, Wheeler, and the candidate that receives the second-most votes, who is Sarah Iannarone, will be in a runoff in the November general election. As of 6 p.m. Wednesday, Iannarone had 23.84% of the vote.

Wheeler faced tremendous pressures in his first four years in office, from his handling of the Portland Police Bureau, to homelessness and culture wars.

In an interview with KGW  on election night, Wheeler said his priorities are changing Portland's form of government, and homelessness.

"I'm determined that we once and for all, we'll change our antiquated form of government to a more modern form of government that is more effective and representative of the people we serve. The second obviously is the homeless crisis and in particular focusing on the chronically homeless population and I'm hearing loudly from the community that business as usual wont cut it," Wheeler said.

He went up against a number of credible candidates, among them Iannarone, who finished third in the 2016 and had no intention of being swept aside in 2020.

"We're in a field that had 18 names in it," Iannarone said. "We had to battle status quo bias and incumbency. I think it's actually much more damning that an incumbent in the middle of a crisis didn't get a mandate with 50% and a clear win. Over half the people said, this isn't the guy we want."

During the campaign, Wheeler was called out for claiming endorsements that were not true, among them support from the Thorns and Timbers and City Commissioner Chloe Eudaly.

In a final indignity, the city auditor fined Wheeler $500 the day before the primary for having donor information on his campaign mailers so small it could not be read.

Results are being released by Multnomah County Elections every day at 6 a.m., noon and 6 p.m. online. The election will be certified on June 8, at which point a candidate can contest the results and call for a recount if needed.

The Oregonian asked each of candidates to respond to a series of key policy questions. Read their answers here.