Days before he was set to start a new job with the electrician’s union, a 33-year-old father of two young boys died getting pizza in Northeast Portland. 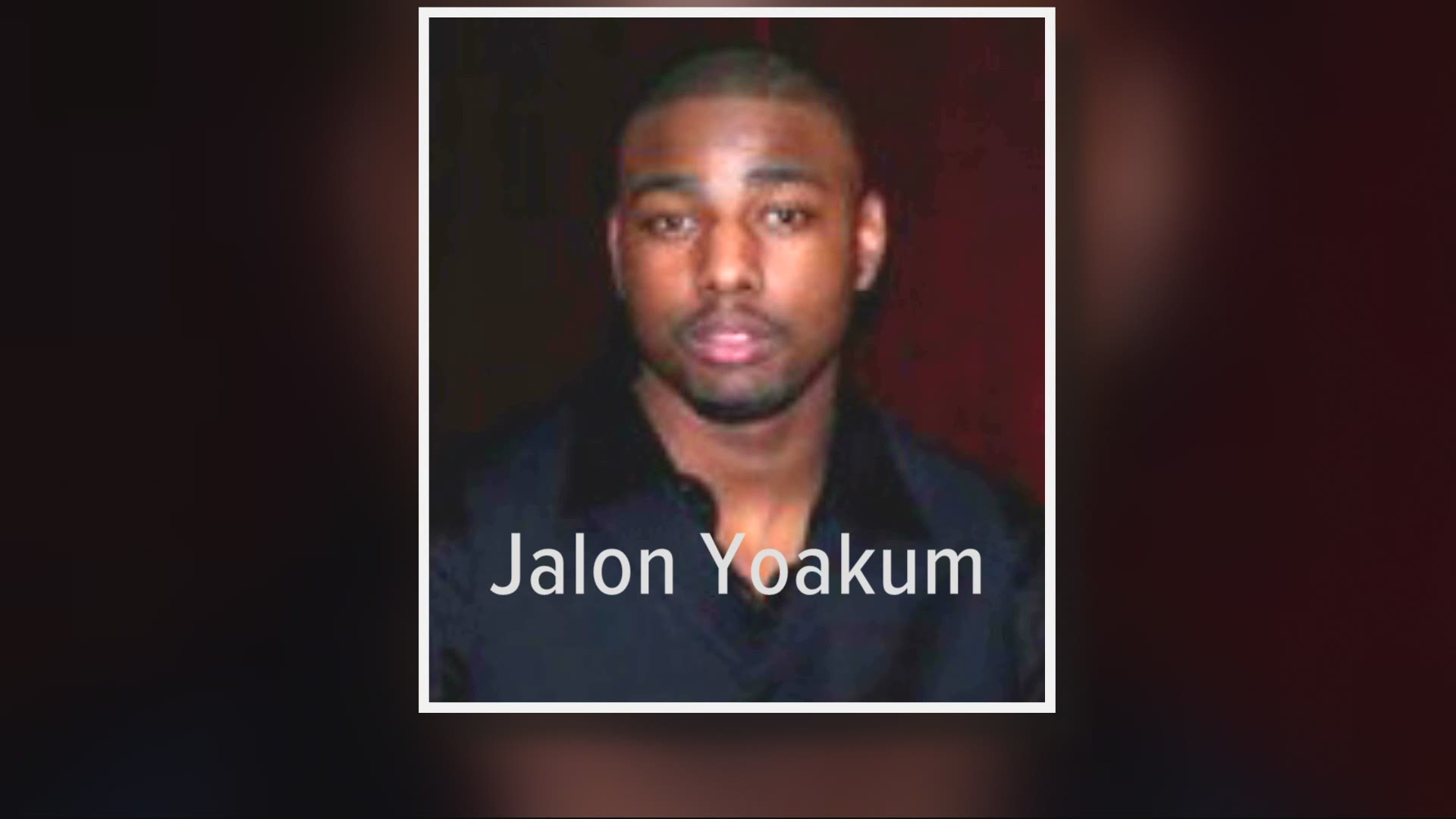 Days before he was set to start a new job with the electrician’s union, a 33-year-old father of two young boys died getting pizza in Northeast Portland. Police said the shooting happened around 5:30 p.m. Wednesday, as rush hour traffic cruised down Sandy Boulevard, near 118th Avenue. Witnesses reportedly heard close to a dozen shots before the killer sped off, leaving Jalon Yoakum to die at the scene.

“It's not easy. It is, in fact, quite hard,” said Yoakum’s stepfather Pastor J.W. Matt Hennessee in an interview Thursday. He added Yoakum had just celebrated Mother’s Day on Sunday, with a long conversation with his mom, Hennessee’s wife. “This has been very hard for her, and we are coming around her, giving her love and support.”

Pastor Hennessee is familiar with this pain. He’s the senior pastor at Vancouver Avenue First Baptist Church and a longtime advocate for helping young Black men, traumatized by gun violence. Wednesday, his family became one of the many scarred.

“It's very difficult to be advocating and trying to be awareness to and preferably curtailment to [gun violence], and then you find your own family in the midst of it as well. It's not a club that I want anybody to be joining,” he said. “And no parent wants to bury their child.”

Amid his grief, Pastor Hennessee didn't want to talk politics. For others, gun violence in Portland is as political as it is tragic.

“This is unbelievable. This is unacceptable. The community deserves better,” said Portland Police Association president Daryl Turner Thursday. “For people who are data driven like the city council say they are… they should check the data.”

That data, available on the city’s website, details Portland's historic spike in shootings. Thursday, records showed here have been 348 so far this year. 89 of those left someone injured or killed. Portland's also racked up 30 homicides in 2021. This time last year, there were five.

Portlanders see it play out every day. A few hours after Yoakum died Wednesday, marking that 30th homicide, police say a man and a woman were shot and injured along Northeast MLK Boulevard.

In some cases, police are putting faces with names, releasing photos of Yoakum, alongside other recent victims, including Jemare Manns and Breauna White. All three were shot and killed in Portland in the last two weeks. All their killers remain on the loose.

RELATED: 'Beautiful inside and out': Family shocked, heartbroken after Portland mom shot and killed

That said, commissioners are weighing a proposal by the mayor to cut another 1% in PPB’s funding, as they hammer out their budget for the next 2021-2022 fiscal year. Turner wants them to reverse course: re-fund the police, he argues, and implement reforms at the same time.

“Unfortunately, until they do, people will be impacted,” he said. “People will be vulnerable. Victims will continue to be victims.”

Pastor Hennessee said Thursday his family finds a small consolation in the fact that dozens witnessed the shooting that killed his stepson and are working with police. Anyone with information about the case is asked to contact Detective Jason Koenig, at Jason.Koenig@portlandoregon.gov or 503-823-0889, as well Detective William Winters, at William.Winters@portlandoregon.gov or 503-823-0466.