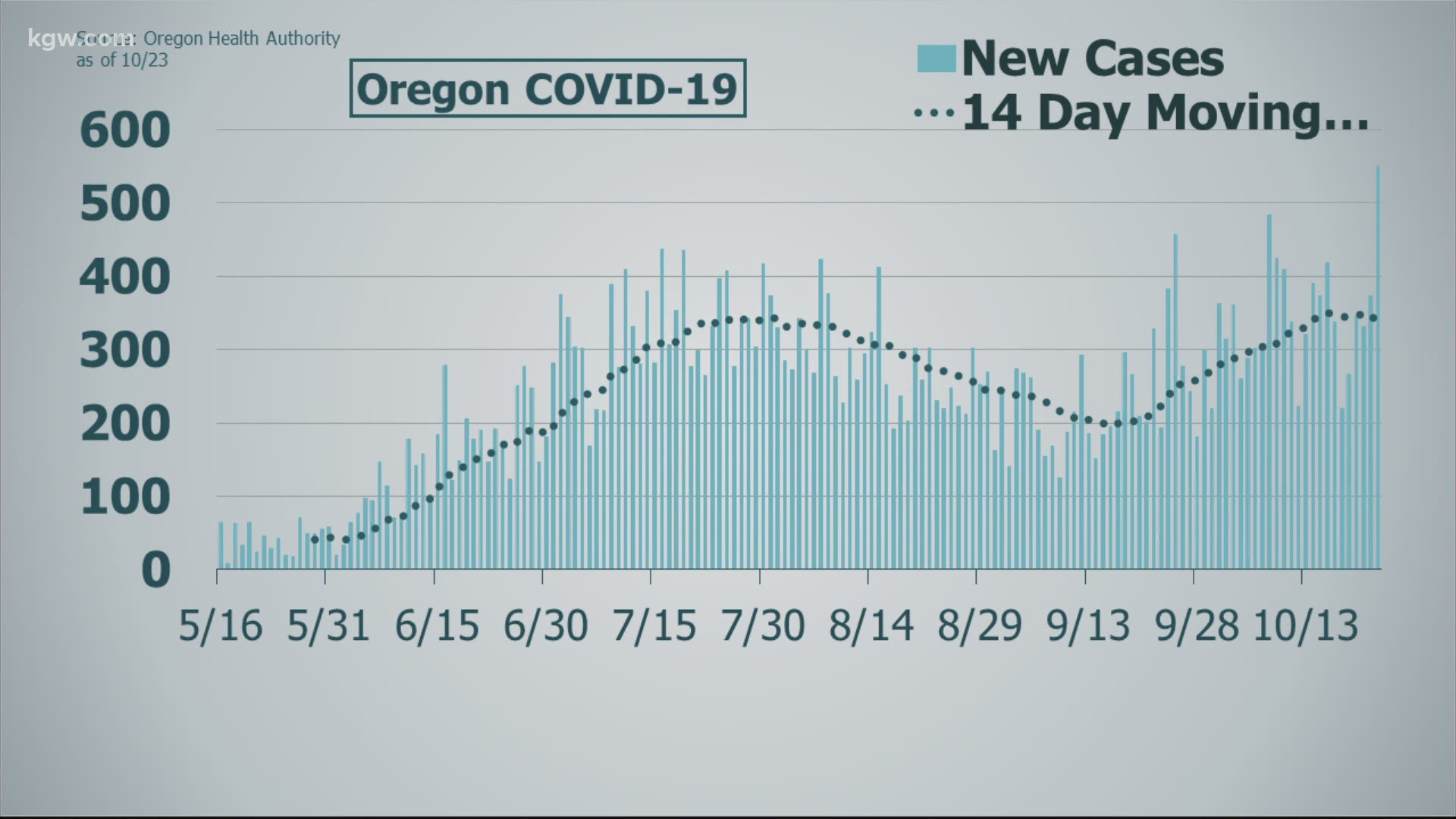 PORTLAND, Ore — With nearly every state in the country reporting sharp increases in their COVID-19 cases this week and the national count reaching unprecedented levels, Oregon has been an outlier, with relatively stable numbers.

That changed on Friday as the Oregon Health Authority (OHA) reported a new record high for the state's daily COVID-19 case count.

The state's health agency said there were 550 new cases in the state, breaking the previous record of 484 set on Oct. 8.

Nearly a quarter of the coronavirus cases - 135 - were reported in Multnomah County alone.

The alarming rise caused state officials to urge people to avoid trick-or-treating for Halloween, wear masks whenever not around immediate family, and take any other necessary precautions.

If the current trend continues, the state's hospitals could face capacity issues before the end of the year, medical officials said.

Preliminary data show this increase is due to continued widespread community transmission resulting in small clusters and outbreaks across the state.

"Today’s case count is again a reminder that Oregonians cannot let their guards down," the OHA said in a news release.

There have been 41,348 cases total in Oregon since the pandemic reached the state in late February.

The new cases reported Friday are in the following counties:

The state health agency released the following information about the three residents who died: