A mother and her 2-year-old daughter fell while hiking on Multnomah Falls. 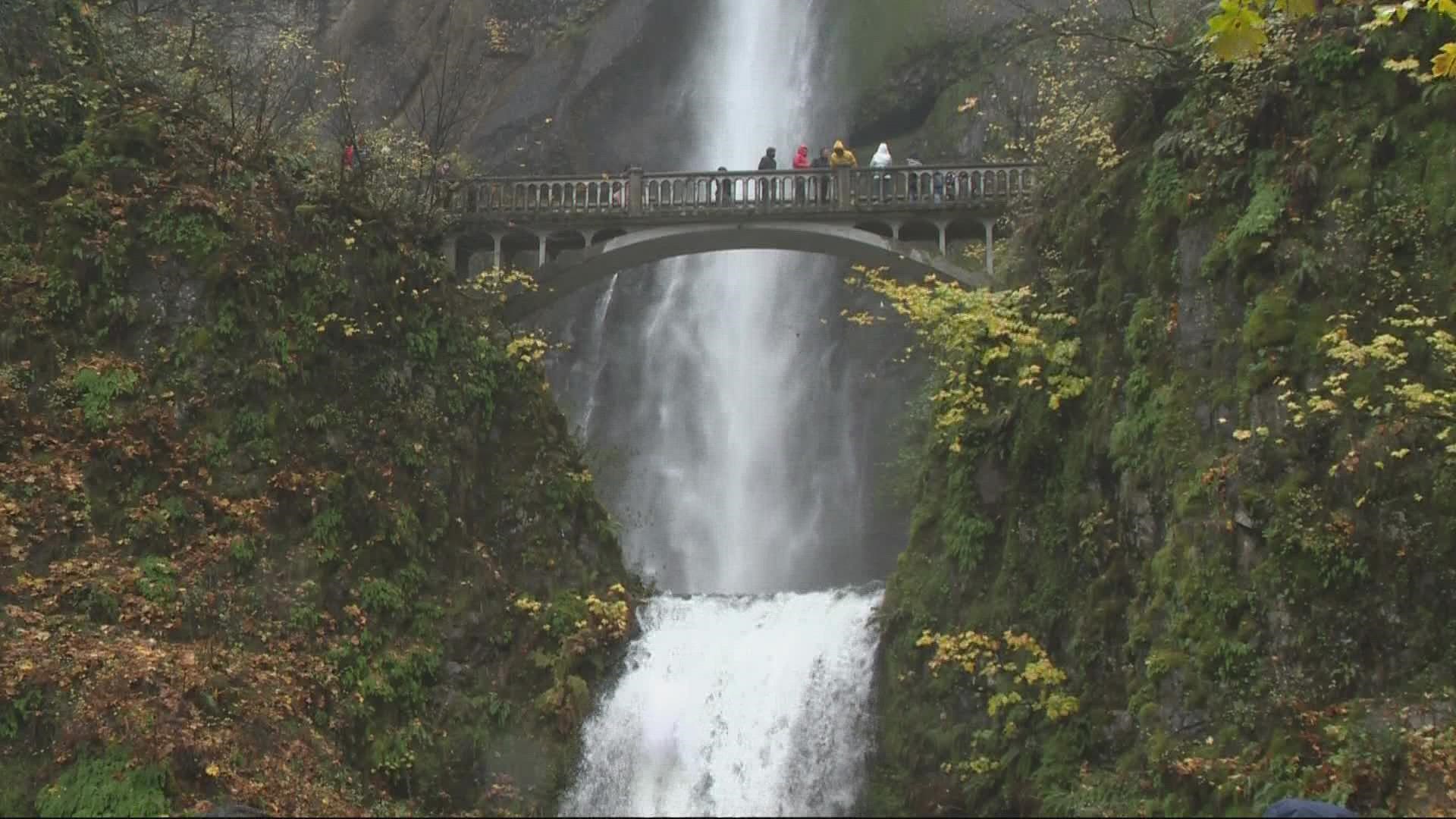 MULTNOMAH COUNTY, Ore. — A mother and her 2-year-old daughter fell approximately 50 feet while hiking Multnomah Falls on Sunday, according to the Multnomah County Sheriff's Office (MSCO). Both people are expected to be okay.

MCSO said at around 12:19 p.m. on Nov. 7, deputies arrived at Multnomah Falls after being called about the two hikers falling near the trail. The mother and daughter were assisted by other hikers including an off-duty ER doctor.

The mother and daughter were taken to the hospital to be treated, but neither of their conditions are considered life-threatening. MCSO said in an emailed statement:

MCSO would like to thank the bystanders for their assistance while emergency personnel were en route.