People from all different walks of life come together and share their personal journeys as they summit a mountain together. 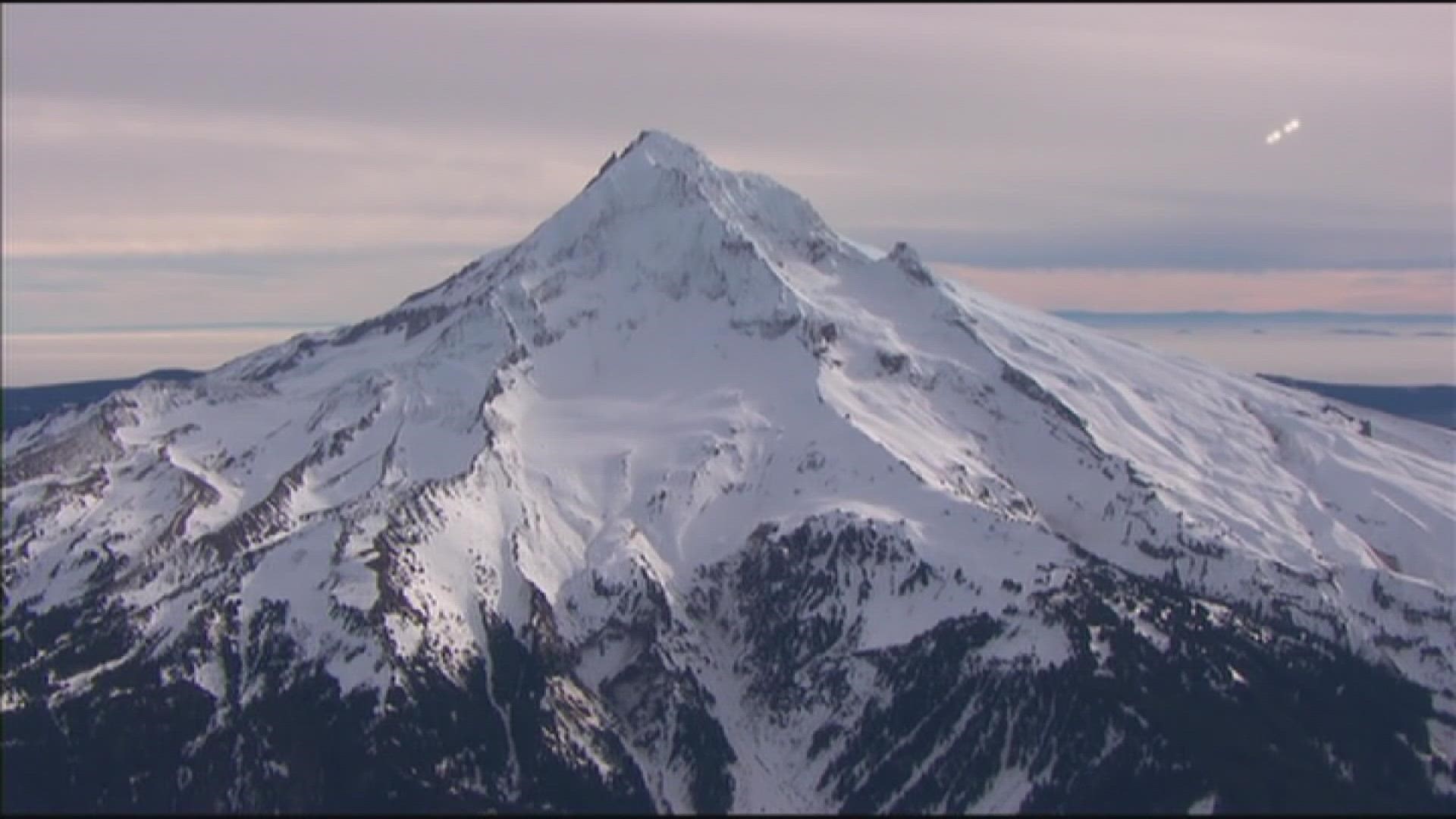 PORTLAND, Ore. — A documentary featuring a symbolic journey up Oregon's iconic Mt. Hood has officially debuted in Portland, after years in the making.

'Who's on Top?' is a film that follows the trek up Mt. Hood by four members from the LGBTQ+ community in Portland.

"Really to shine a spotlight on stories that hadn't been told before," director Devin Fei-Fan Tau said.

Several years ago, a casting call found the four participants, each representing different letters of the rainbow: lesbian, gay, bisexual and transgender.

"As an Asian American immigrant filmmaker, I've been always been really passionate about learning more about the other members of our community," Fei-Fan Tau Said. "There's a lot of letters in our alphabet and I never had a good opportunity to make it a point to spend all these authentic and intimate moments with them."

"I had never climbed a mountain before," said one participant, Shanita King.

After nine months of professional mountaineering training, the group hiked and climbed up the mountain for the ten-mile roundtrip, followed by their camera crew.

However, the documentary goes deeper, highlighting the personal struggles each had faced before the climb. From discrimination to violent attacks, the stories are raw and emotional.

"It was really an acceleration for me to work through a lot of the trauma I'd been through," Ryan Stee said.

"Oh the mountains we've overcome," Stacey Rice Said. "As a transgender woman, I thought it was really important that someone in the film has a transgender journey and can share that."

Rice said there were parallels between her struggle and summiting a mountain.

"Coming out and climbing Mt. Hood are incredibly similar in the fact that they're both pretty hard climbs," Rice said in the trailer.

Film production encountered many challenges along the way as well. Fei-Fan Tau said many potential investors did not believe in the vision.

Now the film, narrated by George Takei, has been shown at multiple film festivals and events.

"We defied all the odds," Fei-Fan Tau said.

Rice said the mountain is an important part of Portlanders lives and is sacred because it's a part of so many people's lives here.

For these climbers, the film represented both the journey as an LGBTQ person, but also determination to reach a difficult goal and a deeper look within themselves.

"It really allowed myself the opportunity to be vulnerable," King said.

King, a self-described avid hiker said they have a connection with nature on an emotional and spiritual level which is why the documentary projected seemed intriguing.

The film went beyond hiking to King they also saw it as, "An opportunity for representation as a POC [person of color] in a community," King said. "You know, an opportunity to explore like some of the trauma that I've experienced on a personal level that I know a lot of people can relate to."

For the climbing guide and trainer on the project, Taylor Feldman, there were many reasons she wanted to be a part of it.

"I understood the magnitude of the impact it could have," said Feldman.

Feldman explained at the time of filming there hadn't been another movie released featuring LGBTQ+ climbers.

"And luckily that's changed since our movie has come out," Feldman said, "And I'm really glad to see that there are more and more films featuring LGBTQ climbers."

To Fei-Fan Tau, the film showcases grit and defiance in the face of adversity.

"I think we've been told no so many times in our entire lives," he said. "But no. We can do anything."

Ultimately, Stee said the documentary serves as positive LGBTQ+ representation through those challenges.

"It can help a young guy like me who's living in a small town to feel like he's not alone," Stee said. The film also helped unite people from different communities.

9 months of training, 10 miles of hiking, and a mountain brought people from all different walks of life together for one unforgettable experience.