The goal is to learn about health disparities and the needs of historically oppressed and underserved populations. 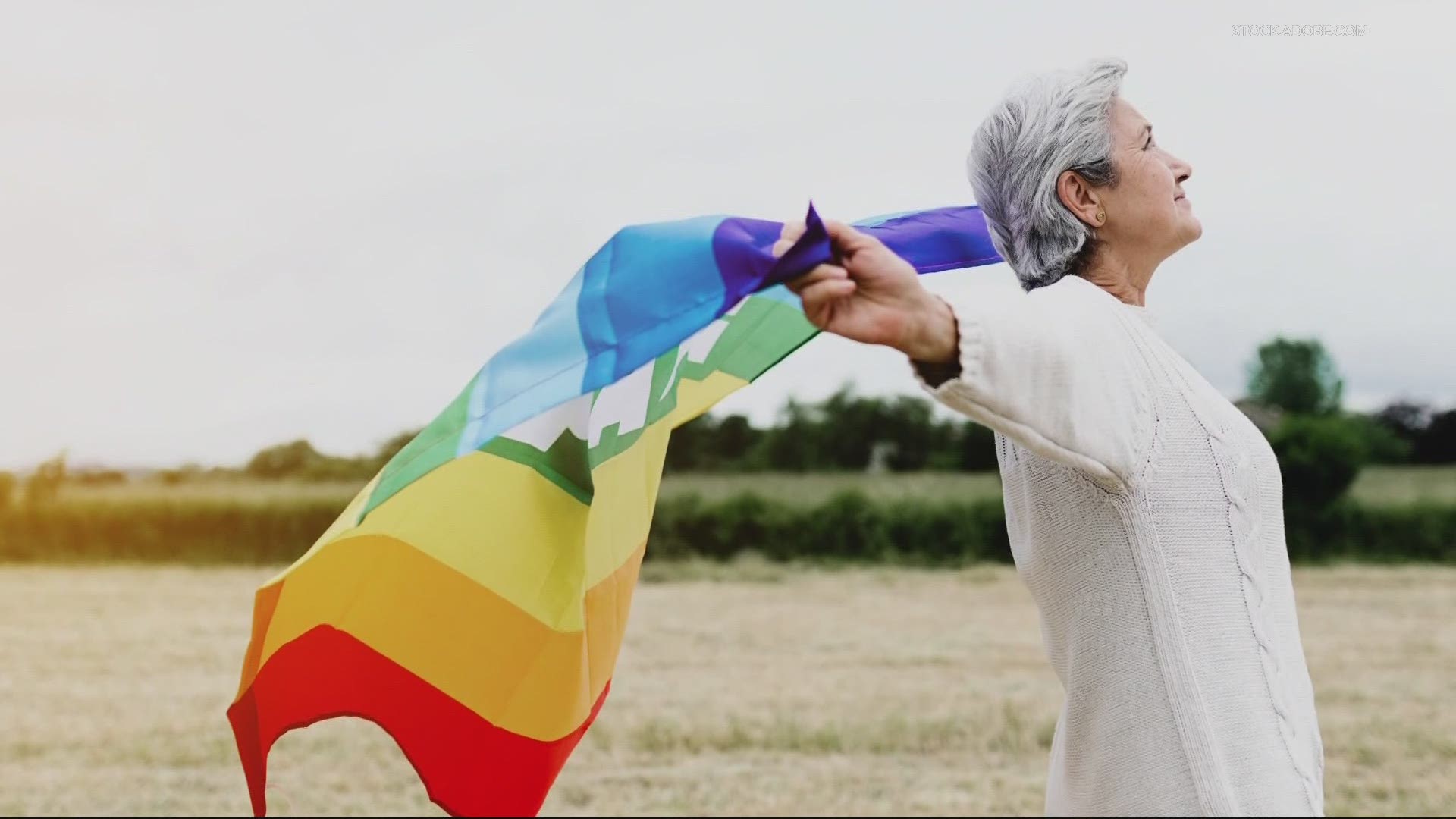 OREGON, USA — Researchers at the University of Washington are teaming up with Oregon community organizations to survey LGBTQ+ older adults.

The goal is to learn about health disparities and the needs of historically oppressed and underserved populations.

Professor Karen Fredriksen Goldsen works in Seattle at the UW, but is passionate about the project, which is a first-of-its-kind initiative in Oregon.

"LGBTQ older adults are a largely invisible population," she said. "It's so important that people make their voices heard."

The survey is for people 55 and older who identify as LGBTQIA+.

"We have to remember, these people are trailblazers," said Max Micozzi of SAGE Metro Portland, a nonprofit that connects LGBTQ seniors with social and wellness services. "Many grew up in the '40s, '50s, '60s, where they were discriminated against in their workplace by their family members, by the friends, and their churches...We have many long-term survivors who are reluctant to access services because of the experiences they had then."

Challenges include historic job discrimination and laws that made raising a family difficult or impossible.

"Some people will ask question, 'why LGBTQ older adults? Aren't they like everyone else?' But what we have found is that they have very distinct experiences," Fredriksen Goldsen said. "So this is a way to find what those needs are."

Fredriksen Goldsen is part of a national study to find similar information in other parts of the country. Through her team's efforts, she said some responses have helped change policy and planning decisions in other states.

"Many [LGBTQ older adults] feel as if they're forced back into the closet because many aging services do not feel safe," she said. "While there are disparities, they're a very resilient community and in many ways, they have lessons that we can learn for all older adults."

The survey is open through mid July and is confidential and anonymous. Findings will come out in a report later this year.