Saturday marked six years since the disappearance of Kyron Horman. 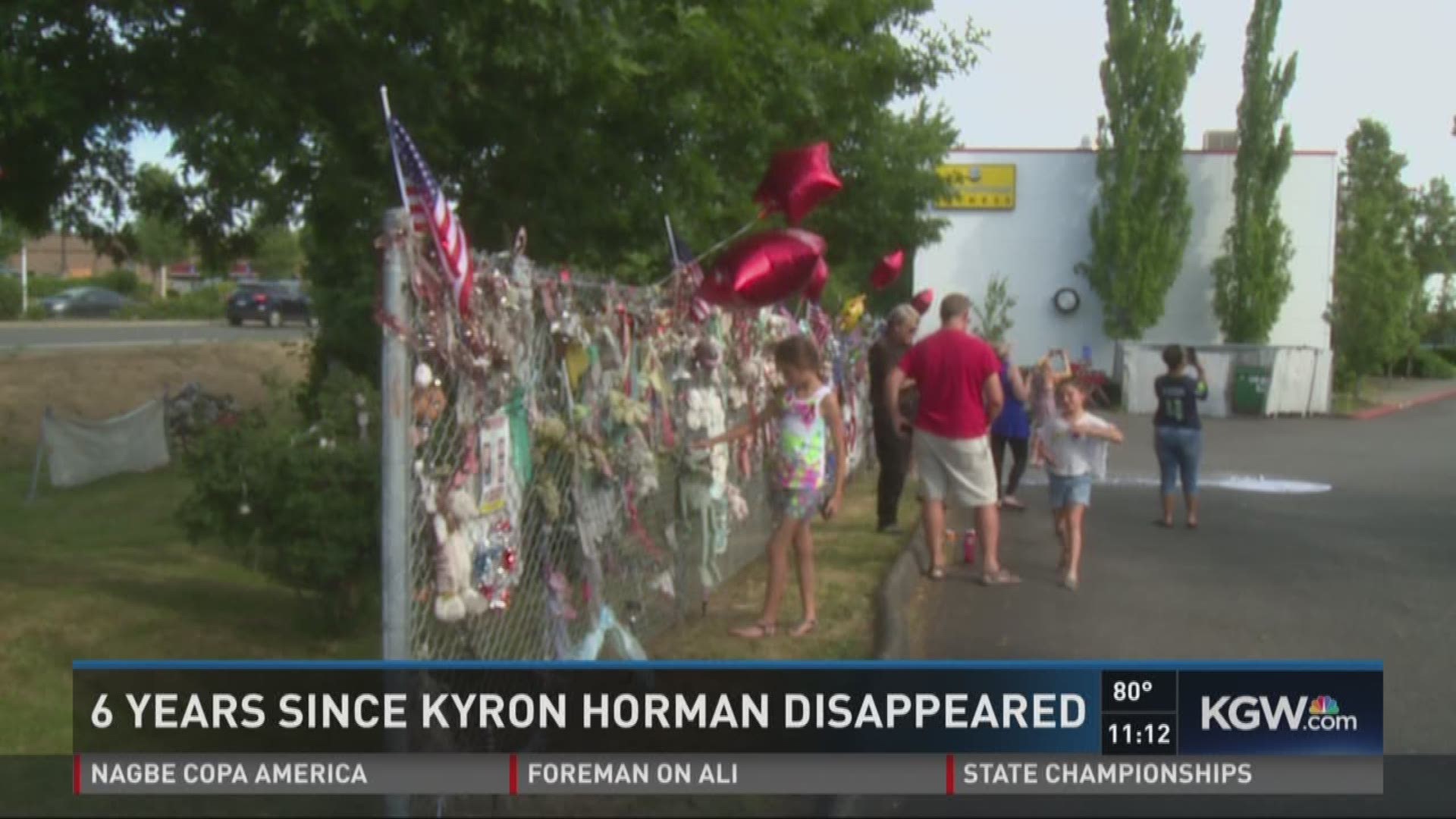 Kyron was 7 years old when on June 4, 2010, he disappeared from Skyline Elementary School in Northwest Portland.

His mother, Desiree Young, posted a heartfelt message on the Justice for Kyron Horman Gofundme page.

“Every day is just as painful as the last,” Young said about losing a loved one. “You struggle to hold on to hope when you are constantly riding a roller coaster of emotions.”

Over the six years, Young says she’s dreamed over and over again about learning that Kyron is found and safe.

“I have gone over that moment and planned it out in every detail, in my head,” she said. “I have dreamt of it so many times that it feels real, until I realize it’s a dream and I have just woken up.”

Supporters Saturday evening gathered at the Wall of Hope on Northwest Cornell Road in Beaverton, which still bears his photos and messages.

A search for Kyron has remained active since his disappearance.

Terri Horman, Kyron’s stepmother, was the last person to see Kyron on June 4. She told People Magazine earlier this year that she took the 7-year-old to a science fair, took photos and left.

A judge described Terri Horman as a prime suspect in her stepson’s disappearance. But she has not been charged.