Portland's homeless may be turned away from severe weather shelters due to lack of beds, officials say

The COVID-19 pandemic has rendered some past severe weather shelter sites unusable and cut the number of people allowed inside others. 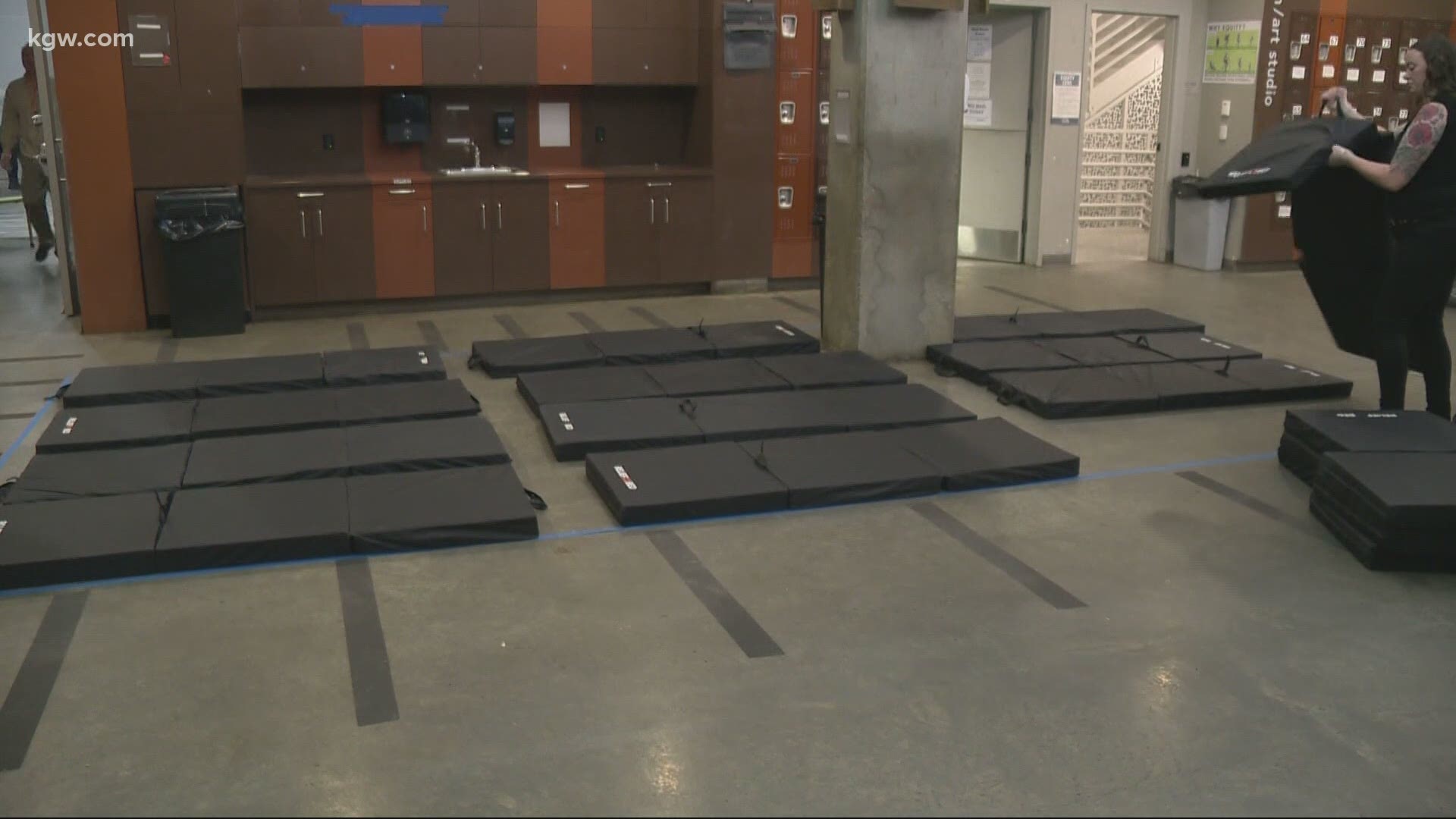 PORTLAND, Ore. — This winter, for the first time ever, people living on Portland’s streets may be turned away from severe weather shelters and sent back into the freezing cold.

At a press conference Friday, officials said the situation was dire and the rationale was predictable: the COVID-19 pandemic has rendered some past severe weather shelter sites unusable and cut the number of people allowed inside others.

#BREAKING: for the first time ever, city & @multco leaders fear they won't have enough severe wx shelter beds for #PDX's homeless this winter. #COVID19 has made some past sites unusable, cut the # of ppl permitted in others. They're asking the public for help finding locations.

Normally, according to a spokesperson for the Joint Office of Homeless Services, Multnomah County goes into each winter with a minimum of 300 severe weather shelter beds ready to open at a moment’s notice when temperatures drop below freezing.

This year, Denis Theriault said, the county has roughly half that. They also have no new prospects in site.

“As it stands right now, because of COVID-19, we cannot guarantee that everyone who needs it will have a shelter on the worst nights of the year,” Multnomah County Chair Deborah Kafoury said at Friday’s press conference.

According to the last point in time count, conducted in 2019, an estimated 2,037 people sleep on the streets of Multnomah County. Service providers have said they absolutely believe that number is rising amid historic unemployment tied to the pandemic.

Over the last few years, when the county had enough severe weather beds, people experiencing homelessness have died in the cold.

“We can use any kind of large open space,” said Portland City Commissioner Dan Ryan. “A gym, cafeteria, a large meeting hall, a ballroom or even a floor of offices.”

The Bybee Lakes Hope Center, formerly the Wapato Jail, has opened as a long-term shelter, taking as many people in as possible given its own COVID-19 restrictions. It’s also, officials noted, far from downtown or any central location, making it difficult for people to get to during severe winter weather.

A spokesperson for Metro said via phone Friday that the Oregon Convention Center can’t be leased as an emergency shelter because the site is still under contract for various events, which can only be canceled by the clients. He noted Metro was working with the Joint Office of Homeless services to find other locations.

Veterans Memorial Coliseum, which is owned by the city, is also under contract. Heather Hafer, a spokesperson for the city’s Office of Management and Finance, said via email Friday, “We’ve leased the entire facility to Rip City Management, and it’s their job to determine how the building is used.”

Hafer added “I’ve just confirmed that the entire building is currently being used for film production.”

County and city officials ended their news conference Friday by asking people to reach out if they think they can help.

To offer up severe wx shelter spaces for #PDX's homeless, volunteer to run those spaces or donate supplies (via online shopping lists!), see below:

How you can help: