Portland adds 275 socially distanced shelter beds that will be available 24/7 through March. 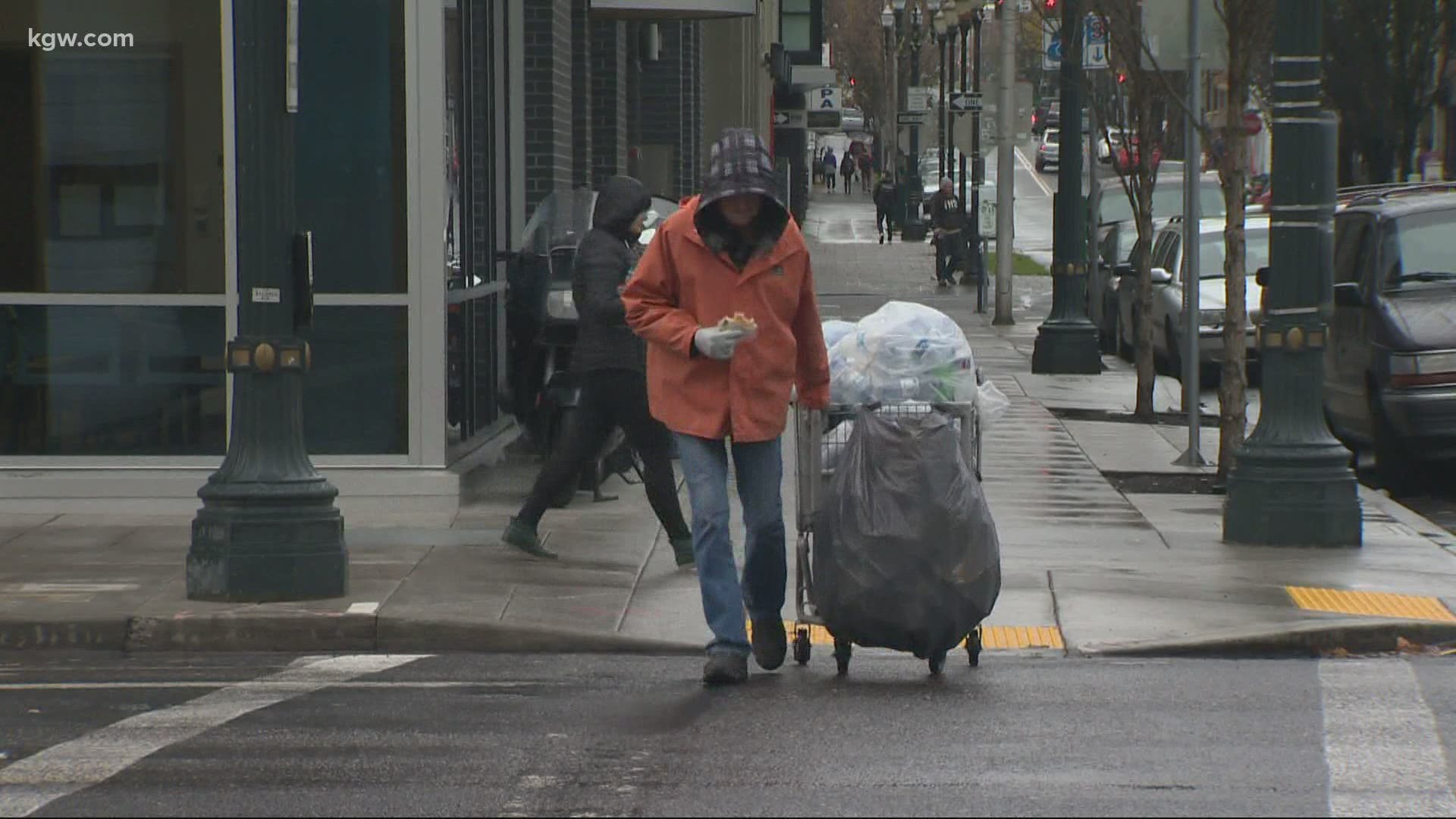 PORTLAND, Ore. — As temperatures drop, many living on Portland's streets will be seeking shelter from the cold. This winter, they'll have more options because of COVID-19 restrictions as organizers try to keep them warm and safe.

“Folks coming into shelters, we need to have physical distancing, that's challenging; folks want to be together in warm places,” said Denis Theriault, public information officer for the City of Portland Multnomah County Joint Office of Homeless Services. “It’s really hard when you're outside in a tent right now."

Out of that need came plans for three new winter warming shelters for a total of 275 beds. The Charles Jordan Community Center shelter in North Portland is already open. The Mt. Scott Community Center shelter in Southeast Portland will open in November, and this week Mayor Ted Wheeler announced the former Greyhound Bus station downtown will also open next month. It will provide 100 new beds at $30,000 a month. Wheeler said part of that money will go toward cleaning the property.

“It's in pretty poor repair at the moment, so it's something the neighborhood's actually excited about, but it's also one of the only large-scale facilities that's available anywhere in the downtown core,” said Wheeler. “Longer term, of course the city would be interested in buying the facility and potentially developing that site."

Unlike in years past, the three winter shelters will stay open 24-7 through March, another response to the pandemic.

“It's not like it gets warm at 1 p.m. in the winter time, it's still really cold out and folks don't have the libraries available,” said Theriault. “They don't have as many day spaces.”

Not everyone living on the streets will want to take shelter indoors. For that reason, the Joint Office and nonprofit partners are handing out warming supplies to those living in tents including blankets, sleeping bags, socks and tarps. They're also asking for the public's help.

“Now is the time to donate before the cold weather comes,” said Wheeler. “We know that this winter is going to be bad.”

One option is going online to donate. You'll find a number of organizations, the kind of gear they need and how you can help without leaving your home.

“You can literally get on an Amazon wish list and have it sent from your phone to that outreach provider's location,” said Theriault.

RELATED: 'I only see it getting worse': Rise in homelessness evident at Portland's Delta Park