'He had an unlimited future': Fallen Cowlitz Co. deputy remembered as dedicated officer

Hailed as a hero after being killed in the line of duty, Cowlitz County Deputy Justin DeRosier leaves behind his wife and their five-month-old baby girl. 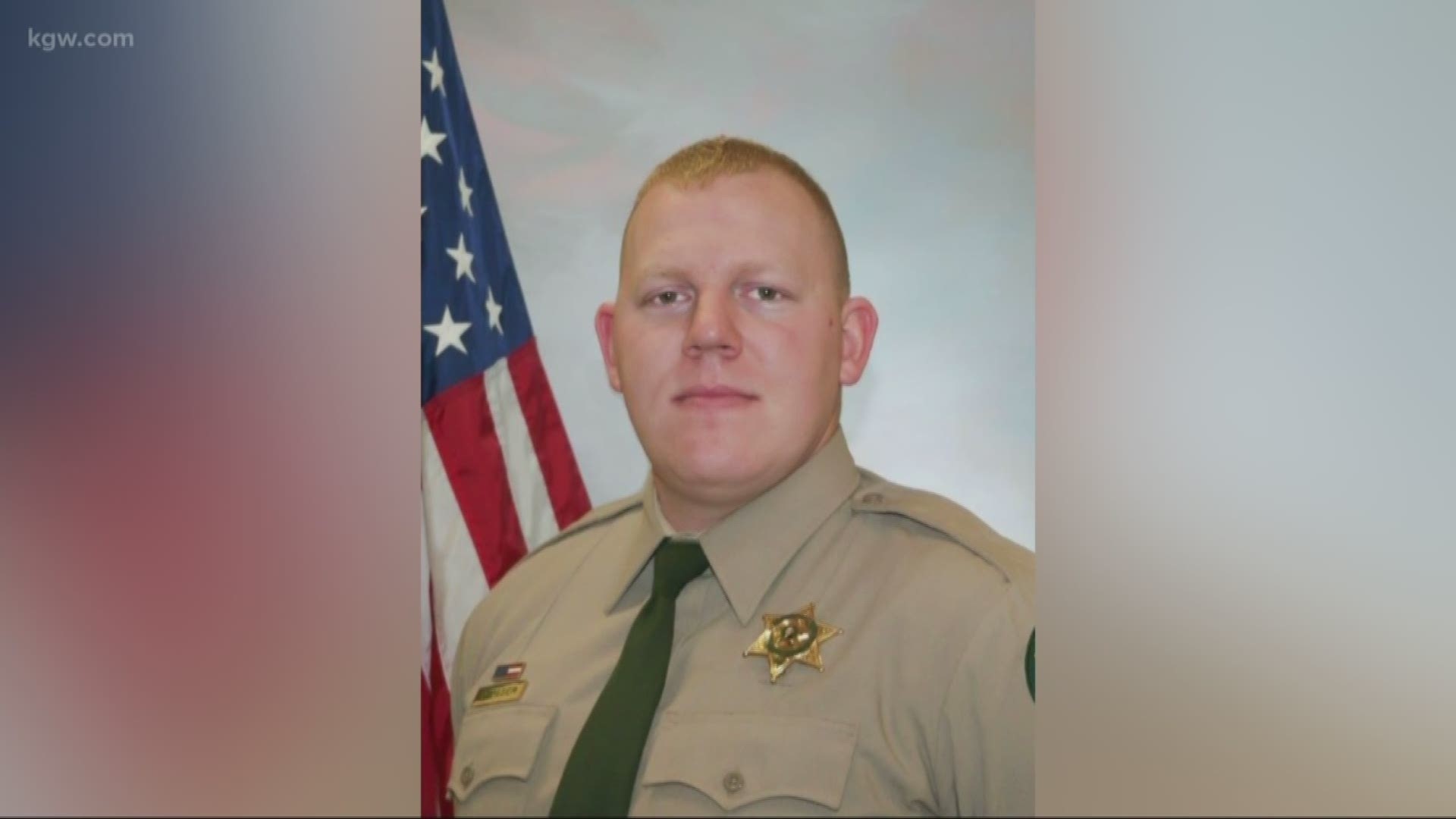 KELSO, Wash. — Flowers, baked goods and phone calls have been flowing in to the Cowlitz County Sheriff's Office.

A make-shift memorial lining the doors outside the county justice hall, and one inside, have been growing throughout the last two days, with people showing their support for law enforcement and the DeRosier family.

This is the first line of duty death for the sheriff's office, and it has shaken the entire community.

"[He was] in the prime of life, just had a lot of great things ahead of him,” Cowlitz County Sheriff Brad Thurman said about Deputy Justin DeRosier.

"Whatever he did - he couldn't sit still. He was a go-getter in his work and personal life,” Sheriff Thurman said.

“I think everybody here knows him,” Theresa Fegles, whose daughter works at the Kelso Police Department, said. “I know he's a hometown boy down here in Kelso.”

Deputy DeRosier was dedicated to his wife, Katie, and their baby girl, Lilly, who was born in October. She was his pride and joy. Katie is in shock, the sheriff says, but surrounded by family at this time.

Derosier is being hailed a hero after he was killed in the line of duty in Kalama, WA over the weekend - the ultimate dedication.

“He had an unlimited future and it's going to be a huge, huge void for us,” Sheriff Thurman said.

Deputy DeRosier always had a smile on his face and a bounce in his step.

“He’s just such a big part of everything. He only had one speed and that was fast,” Thurman said. “We kind of had a running joke whenever we posted a new position or a new training or anything we could always count on him putting in for it. So he was not shy to take on any responsibility and he had a very bright future here. And I've said before it wouldn't have surprised me if someday he would've became sheriff himself.”

A Kelso High School athlete and graduate, DeRosier’s family has deep roots in the community and goes back many generations on both his mother’s and father’s side.

They own a rock and sand business, DeRosier Trucking Inc., and his grandmother was the elected county auditor for years.

After high school, he went on to get his criminal justice degree from Washington State University. He returned home in 2016 after a brief stint in Alaska and three years with the Whitman County Sheriff's Office as a SWAT officer and boat operator, according to Thurman, who says he had a significant impact across Washington.

Cowlitz County deputies' wives started a meal train and fundraiser for Katie and Lilly. As of Monday evening, it has raised more than $26,000.

“We all feel for his family,” Fegles added. “I just feel sorry for them. Think about them and keep them in your prayers.”

“We care about them, we know them, we’re going to be there for them; particularly his daughter, keep him forever in her memory. She’s not going to know who he was firsthand but through pictures, recollections and being support for her the best we can, and also Katie as well,” Sheriff Thurman said.

We've seen an enormous outpouring of support on social media; people all over the country are sharing the news of DeRosier's death and sending prayers to his loved ones. Law enforcement, especially, is banding together to send their love and supportive words.

Behind the Badge Foundation brought in dozens of people from around the state to help plan his memorial service. No word yet on when that will take place.